A new survey shows exactly what passengers think of cell phone rules set by the FCC and enforced by flight attendants.

By Eric Griffith
July 11, 2019
This story originally appeared on PCMag

Ever been on a plane as it's about to take off, with your phone in airplane mode or even turned off, then looked over to see someone FaceTiming at full volume? It happens plenty, despite requests from flight attendants who ask you to turn off connectivity on your phone for your safety (and because the Federal Aviation Administration makes them). 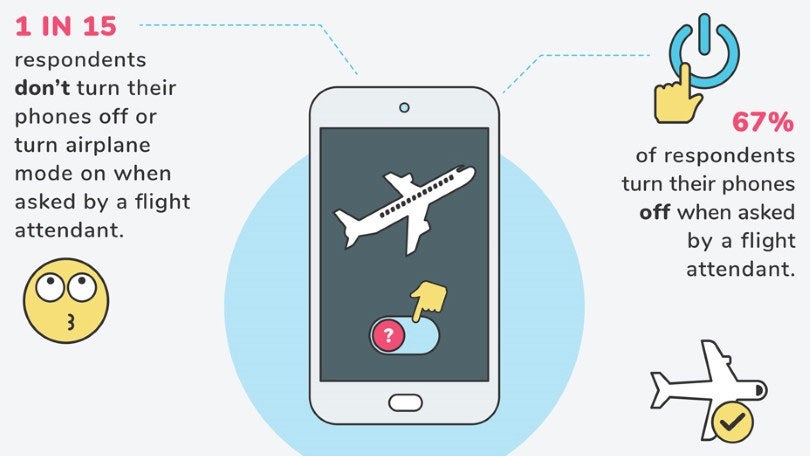