The mung bean-based product is the top selling liquid egg in natural stores and the second best-selling in conventional stores.

"This is happening because everyday consumers who don't want to eat perfectly but want to eat a little better and a little healthier are buying Just Egg at their local grocery store or ordering it at their favorite restaurant," the company's co-founder and CEO, Josh Tetrick, told Entrepreneur. "That's where the growth is, that's where the impact is and that's why I'm so humbled to see Just Egg taking off in such a short time." 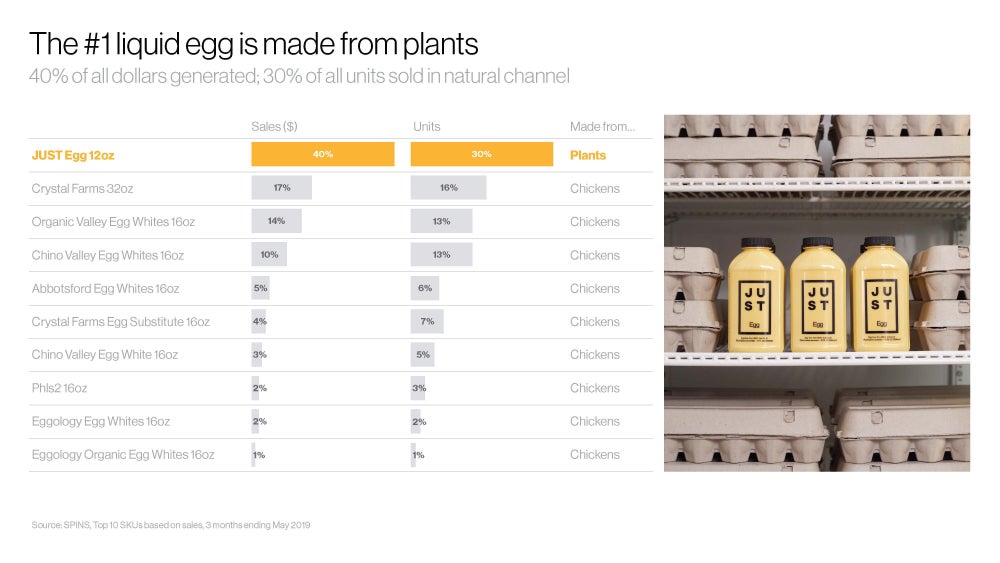 "The idea of finding a plant that scrambles like an egg was conjured up on a couch seven years ago," Tetrick said. "To see where we are today -- what my team has built -- and to see that over 8 million of these plant-based equivalents have been sold already makes me incredibly proud."