Twitter HQ Is Auctioning Off Hundreds of Items, Including a Kegerator and a Giant Blue Bird Statue

Elon Musk loved Twitter so much, he bought it. Now, you, too, can have a piece of the blue bird — the company is looking to sell a plethora of items from its San Francisco office.

Elon Musk's contentious takeover of Twitter has been making headlines for months — the Tesla and SpaceX CEO has induced layoffs, set "hardcore" goals, and even reportedly turned conference rooms into bedrooms for overworked employees seeking rest.

Now, the public can get in on the action. The company's San Francisco offices are in the spotlight again thanks to a massive auction set for next month where Twitter lovers can bid for pieces from the iconic office — from Eames chairs to kitchen supplies. (The bedroom furniture isn't up for sale, sorry.)

The company is selling selected items through Heritage Global partners as it hopes to clear space and revamp its offices for the new era that Musk has dubbed "Twitter 2.0." The items are "surplus corporate assets of Twitter," according to the auction site. 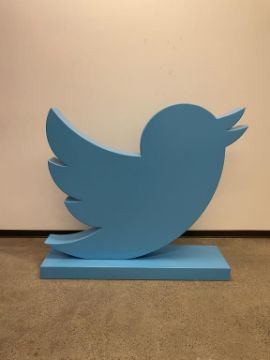 A Twitter bird statue set to be auctioned off (HGP)

Some of the items being auctioned off are quintessentially and uniquely Twitter, such as a giant blue Twitter bird statue, an "@" symbol sculpture planter, and a giant kegerator — a mini refrigerator with two beer taps.

Other items are standard office garbs, such as desk chairs, projectors, standing desks, and espresso machines. 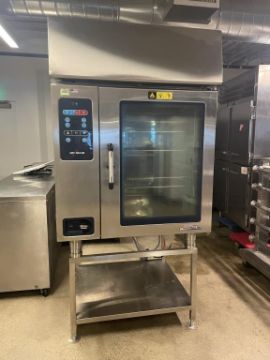 A giant electric oven set to be auctioned off. (HGP)

After a review of the items up for auction, it appears that a lot of the offerings are furniture and food service items that would serve the common and lounge areas. This seems to point to Musk's commentary about wanting his employees to work in an "extremely hardcore" manner — and likely around the clock — with minimum time to lounge around and socialize.

Last month, Musk raised alarms when he warned employees that bankruptcy was possible for Twitter, as the majority of Twitter's revenue comes from advertisers and many have been making stands against Musk and his harsh new regime and threatening to pause and pull ads from the platform. 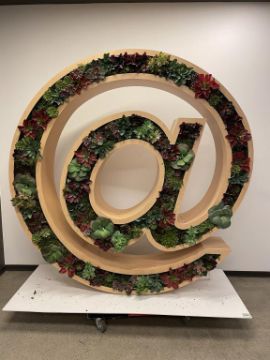 Twitter was once a publicly traded company but became private under Musk on November 8.

Being a freight broker can be a lucrative career, but it requires sidestepping these 10 common mistakes.