The permit allows Waymo to test its driverless vehicles during the day and night, on roads with speed limits up to 65 miles per hour, even in foggy and drizzly conditions. Waymo plans to start in its hometown of Mountain View and surrounding cities before expanding the testing zone.

By Angela Moscaritolo
November 1, 2018
This story originally appeared on PCMag

Californians will soon share the road with fully driverless vehicles.

In April, the California Department of Motor Vehicles started accepting applications for fully driverless testing in the state. Now, Waymo is the first company to get the go-ahead.

To date, Waymo has driven more than 10 million autonomous miles on public roads across 25 cities, plus almost 7 billion simulated miles, the company said. Waymo has already been testing fully self-driving cars without a human driver in the Phoenix, Ariz., area for nearly a year.

In California, the company will begin its driverless vehicle testing in parts of Mountain View, where it's headquartered, as well as Sunnyvale, Los Altos, Los Altos Hills and Palo Alto (the shaded area of the map below). 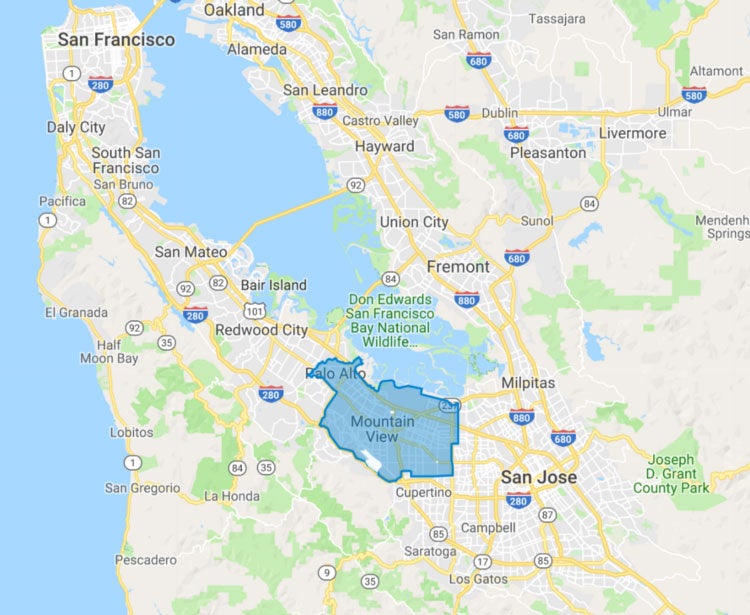 "We will gradually begin driverless testing on city streets in a limited territory and, over time, expand the area that we drive in as we gain confidence and experience to expand," Waymo wrote.

Before expanding its driverless testing area, Waymo will be required to submit a request to the DMV and notify any newly affected communities.

The California permit allows Waymo to test its driverless vehicles during the day and night, on streets, roads and highways with speed limits up to 65 miles per hour, even in foggy and drizzly conditions.