As someone at the helm of an enterprise overseeing global projects worth more than US$40 billion, it's all about the endgame for this businessman.

"Begin with an end in mind." That's the first pointer Hilshaw Group Chairman Lal Bhatia would give anyone who's thinking of stepping into the entrepreneurial domain, and that, by itself, offers a perspective into how he goes about making decisions for the enterprise that he leads on a dayto- day basis. It's a principle that certainly seems to have worked out well for him- after all, he's the man who's today at the helm of a Dubai-headquartered multi-family office with a fund size of US$500 million, and he comes across as someone who's always confident about the choices he makes as a businessperson. As such, Bhatia's thoughts on how entrepreneurs can maximize their chances at success are definitely worth paying attention to- and it all starts with a clear understanding of where they (and their enterprises) are headed. "You can change your strategies as you go along, but you must know what your endgame is," Bhatia explains. "Many inexperienced entrepreneurs just begin- they don't begin with an end in mind."

It's this approach to business that Bhatia is making use of in overseeing the development of a series of smart (and sustainable) city projects that Hilshaw Group is leading around the globe. Reports have stated that the collective worth of all of these initiatives to be more than $40 billion, with the company targeting emerging markets as the sites for all of these undertakings. The first of these was announced in May this year, with the company being appointed as exclusive advisors and overall project and financing consultants for the Athi River Smart Green City project in Nairobi, Kenya.

Spread over 4500 acres, the $7 billion development has been envisioned as a self-contained community comprising of residential and commercial units, hotels, hospitals, schools, universities, and a host of other such facilities. Looking at the project from a sustainability perspective, besides aiming to run the city with the aid of a waste-to-energy power plant, public transport in the development is going to be making use of electric, biogas, and hybrid systems. Development is expected to commence in May 2022, with the first phase of the city set to be delivered in 2025.

Another of Hilshaw Group's recent announcements in this domain was on its appointment by Selleh LLC, a St. Petersburg- based investment group, to plan, design, and develop a network of smart green cities spread across the Commonwealth of Independent States (CIS). The countries of Albania, Belarus, Georgia, Kyrgyzstan, Montenegro, and Uzbekistan are where these projects are slated to be built, and they have been reported to be valued at approximately $5 billion each. 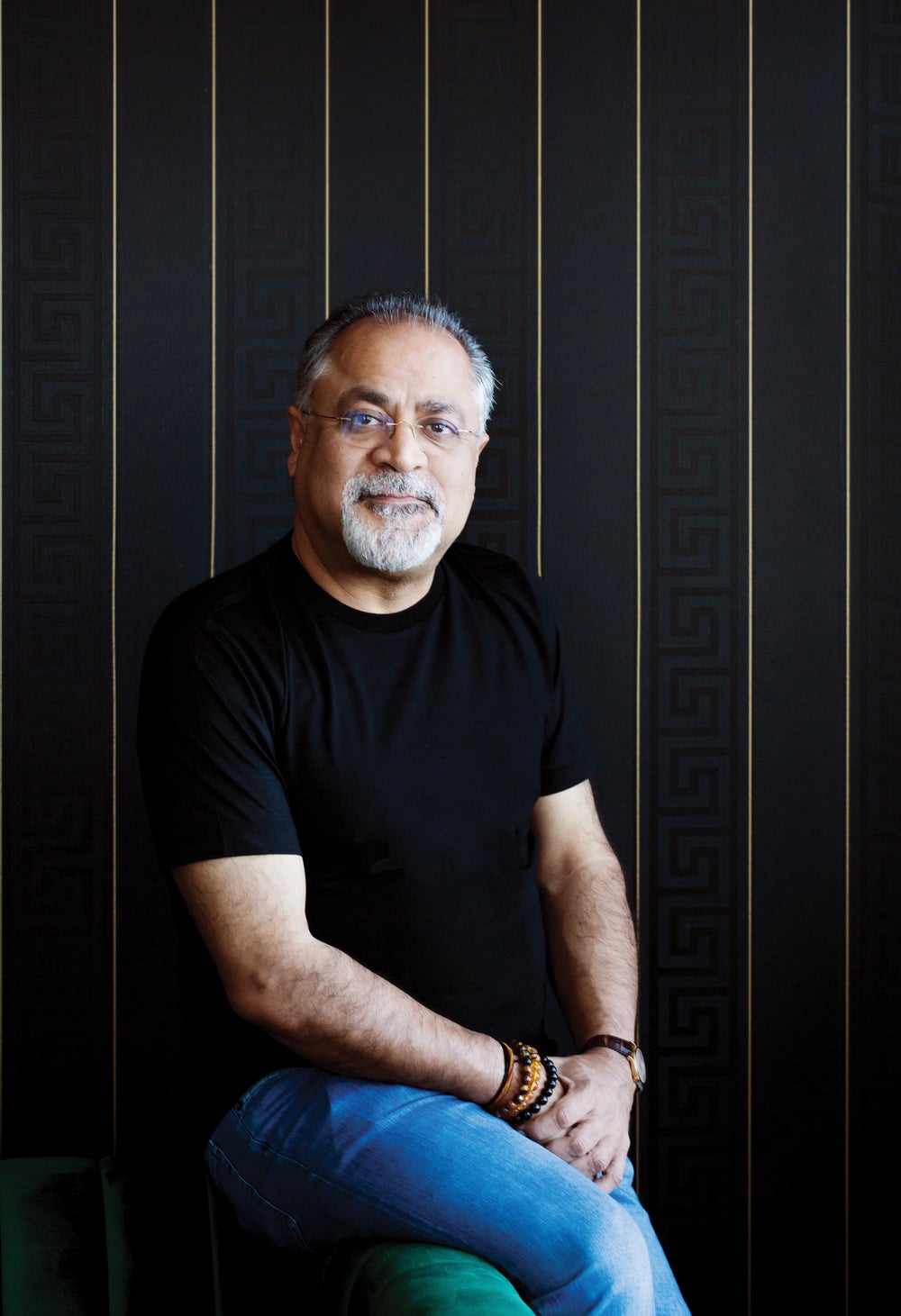 At this point, one may wonder how all of these developments are going to be funded, and this is where Bhatia points toward the role the Pan European Carbon Fund (PECF) is going to be playing in this scenario. As a carbon credit issuance fund, this St. Petersburg-domiciled entity -which, by the way, has carbon offset commitments to the tune of between $500 billion and $1 trillion- is actively looking to invest in projects that are centered on building "smart green cities, carbon neutral environments, and earth-friendly technologies." And those are exactly the kind of initiatives that Bhatia is championing at Hilshaw Group right now.

It should thus come as no surprise then that the PECF has already agreed to allocate funds for two of Hilshaw Group's smart city projects located in the cities of Almaty and Nur-Sultan in Kazakhstan. And while an initial tranche of EUR450 million has already been actioned for these two projects, the PECF is also reviewing the other projects that Hilshaw Group is pursuing in the CIS. From Bhatia's perspective, the realization of these developments will be a win for all of the stakeholders involved- not only will they help the global transition into a net zero carbon economy, these projects are set to be gamechangers for the economies (and populations) of the countries in which they are located as well.

After all, alongside the creation of these sustainable habitats, Bhatia is also creating opportunities for operators in the education, healthcare, lifestyle, sports, entertainment and hospitality sectors as specialty partners across the smart city network. As for Hilshaw Group, such efforts are a reflection of the company's ethos, which, Bhatia notes, is centered on responsible business and projects that aren't just focused on profits, but also on the planet at large, as well as the people that live in it. "At the end of the day, it's not just about making money," Bhatia explains. "I think it's also about creating opportunities."

Bhatia clearly has an eye for untapped potential, and this would also explain why, in November last year, Bhatia moved Hilshaw Group's headquarters to Dubai, an act that made the Emirate an oasis for the company's investors during a particularly dry spell across the global economy. While it has offices in Thailand, Russia, and Italy, centering the enterprise's operations in the UAE was a result of Bhatia's reevaluation of the global business landscape after the COVID-19 crisis. From his viewpoint, while the world's most celebrated cities were seen to be struggling or lagging behind in their fights against the coronavirus pandemic, Dubai performed admirably in this particular regard, with the city taking all of the necessary steps to safeguard not just all of its residents, but also all of the businesses operating in it.

"The leadership of Dubai did it right," Bhatia says. "They thought it through, and they executed well." Indeed, Dubai made sure that it remained open for business, and furthermore, it also launched a visa that allowed people from around the world to work remotely from the Emirate- a move that also caused Bhatia to sense a business opportunity for Hilshaw Group. 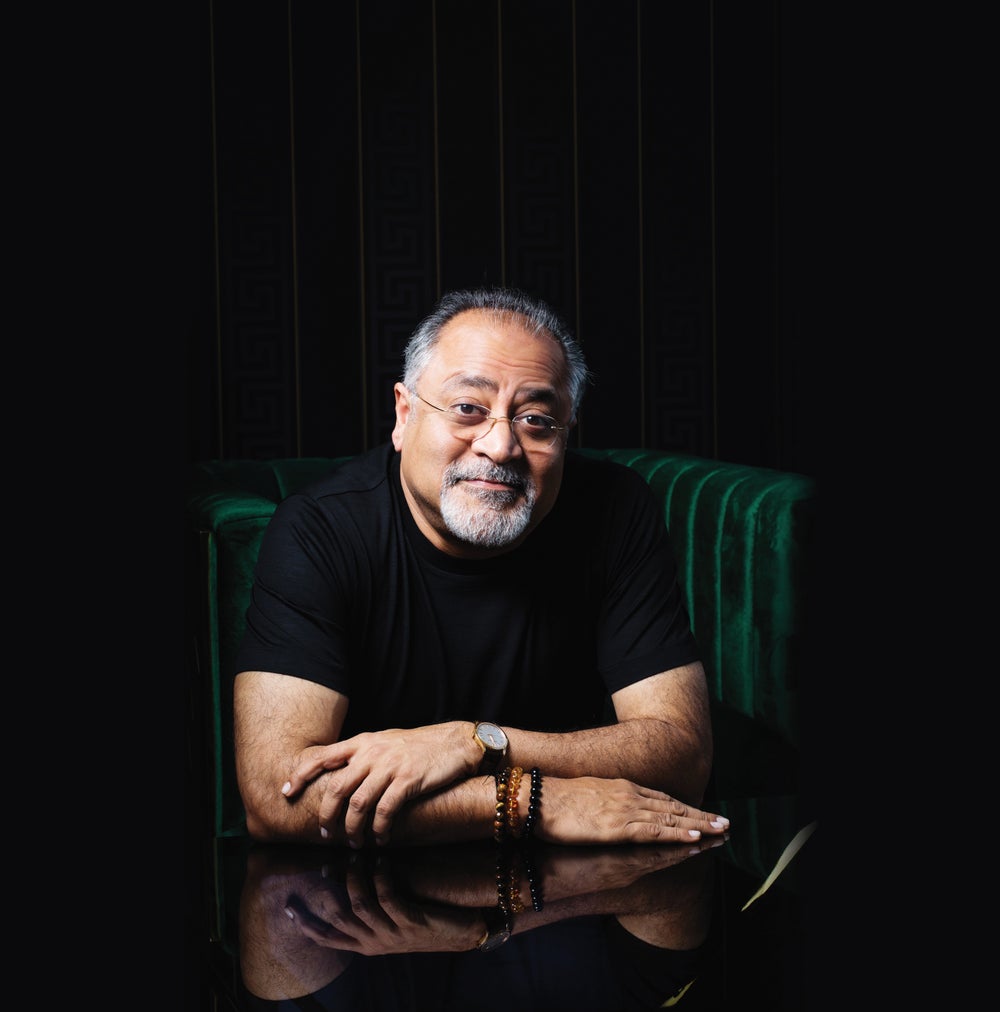 According to Bhatia, remote working is going to become a mainstay of the post COVID-19 world, and as such, people will also become more conscious about the locations from which they do their jobs. But this can be a challenge for their employers, especially those that are large corporations- they'd want to make sure their talent are working out of places where they can be assured of, say, access to high-speed internet, or of being compliant with all of the security considerations such entities often have with respect to their data and systems.

For firms like these, Bhatia has a unique proposition: he suggests that they move their employees to Dubai, where they will get to reside in properties which, besides assuring them of high standards of living, have been especially designed for them to work from home, efficiently and effectively. People staying in these units will thus be able to clearly demarcate their personal and professional lives- even though both of them are happening in a singular space.

But where are these consciously crafted pieces of Dubai real estate going to come from? Enter Hilshaw Group, and the $175 million that it has allocated to this market. This investment, Bhatia reveals, is being used by the company to engage with developers who have properties in Dubai that can retrofitted in a manner to make them conducive to the work-from-home scenarios as outlined above. And while such offerings are going to prove incredibly appealing for the people who get to live in them, their employers benefit from such an arrangement too- they stand to gain major cost savings by providing it to their employees. If they attempted to do something similar in, say, New York, they'd almost certainly have to spend a lot more than they'd have to in Dubai, Bhatia notes. But it's not just about how Dubai is a lot more cost-effective- the appeal of the city cannot be understated, Bhatia says, and this goes beyond its response to the COVID-19 crisis. "People want to work from Dubai," he points out.

Bhatia is thus betting on Dubai for the long term, and he's pretty confident that other entrepreneurs would be wise to follow his lead. When asked for advice for all of the upstarts out there eager to make their businesses a hit, Bhatia says it all starts with having clear-cut goals for themselves and their enterprises. "Think about yourself last," he adds. "Your investors come first, your clients come second, and you come third. But it's got to be a win-win-win situation."

There may be hurdles down this route, but Bhatia urges entrepreneurs to remember to persevere in such instances, as he believes there's always a way around such obstacles. "Be tenacious," Bhatia says. "When you set your mind to do something, believe in yourself, and don't care about what the world says… Don't let the world stop you from living your dream- and dream big!"

Related: Serial Entrepreneur Samer Hamadeh Explains Why It's All About The Endgame

10 Franchises Reveal What They Look for in a Franchisee