By Sindhu Hariharan
June 13, 2016
Opinions expressed by Entrepreneur contributors are their own.
You're reading Entrepreneur Middle East, an international franchise of Entrepreneur Media.

I walked into the meeting preparing myself for an intimidating experience- to sit down with the person heading the organization behind some of the most renowned, successful and engrossing video games globally, had to be tough, I thought. However, the down-to-earth and talk less, but say more persona of Yves Guillemot, co-founder and CEO, Ubisoft, left me pleasantly surprised. It wouldn't be a stretch to say that Guillemot has seen it all- right from what's widely considered as the classic years of gaming dominated by the now-ancient Atari 2600s, to the more modern Nintendo era, to the onset of PC gaming, up until the present mobile gaming revolution. Ubisoft has played a key role in defining this transformation of the industry.

The Guillemot family started Ubisoft -developer, publisher and distributor of globally-acclaimed videos games such as Assassin's Creed, Far Cry, Rainbow Siege, Ghost Recon, and The Division, among others- almost 30 years ago, in the small town of Carentoir in France. Launching Ubisoft was admittedly a big shift for the Guillemot brothers, who picked the gaming business to diversify from their family business of farming. "[Gaming] was something that was of a big interest to all of us at that time. That's why we all quickly considered it as a good business to get into, and at that age, it was also interesting," says Guillemot.

Ubisoft has come a long way since then, creating exhilarating experiences for gamers worldwide. With a team of over 10,000 people across 96 nationalities, the company has its ear to the ground when it comes to satisfying the appetite of gamers- a fact evident by the popularity of its creations and its position in the top five slot of global game publishers. However, Guillemot does not believe in taking it easy at the top, and speaks of a need to constantly innovate their model. "We used to have games that were played 20-30 hours and now we are heading towards games that are played 100-500 hours. So that is changing our business model, [content] of the games we create," says Guillemot. "We make the game but then gamers are going to interact with the game and create content."

Keeping up with evolution of the industry, themes such as player engagement, digital gaming techniques, and virtual reality dominate Ubisoft's current business strategy. With the introduction of infrastructure that allows users to play with VR settings, Guillemot says that Ubisoft is investing substantially on that front. "We are investing in both talent and the technology, and you also need to create content that has to adapt to the constraints being brought by those [VR] machines," he says. He adds that Ubisoft's efforts to capture this growing market starts right from the game development stage. VR has been winning over avid gamers recently, which has resulted in developers like Ubisoft increasing their focus on the medium. 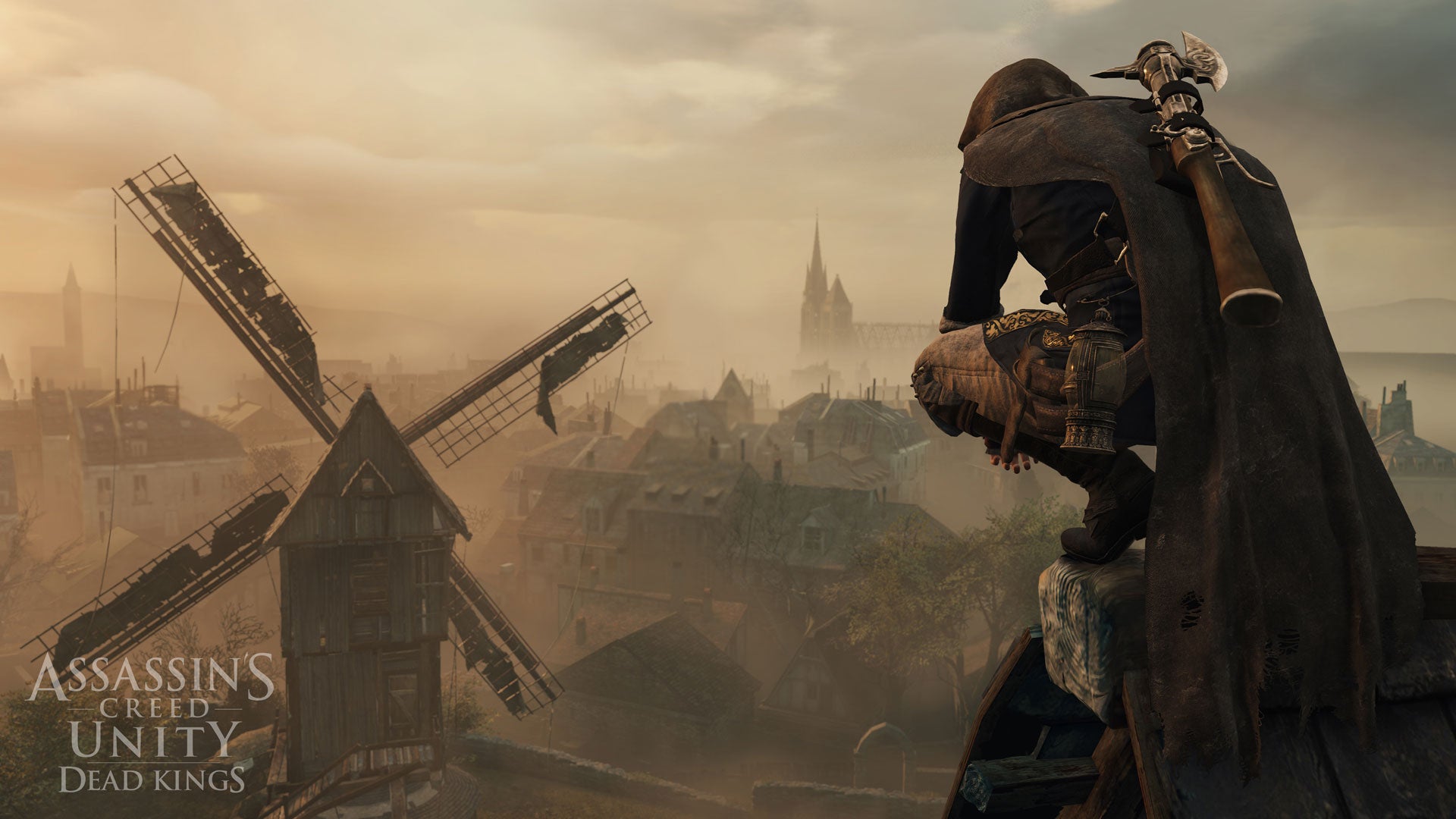 Related: Get In On The Action: GamePlaySport's Jad Berri Wants You On Board

For instance, Ubisoft's game Eagle Flight, which offers players a chance to virtually maneuver their way around the skyline of Paris, is slotted for availability on VR platforms, including PlayStation VR, Oculus Rift and HTC Vive for PC, later this year. Guillemot admits that as gaming gets increasingly advanced, "games are getting more and more immersive" creating the need for developers to continuously churn out something new. On tackling player engagement rates -a requirement to monetize game apps today- Guillemot says that thorough market research and "being close to the people who play the games, making sure that the creators keep in touch with player community," are ways by which Ubisoft achieves the new metric.

And Ubisoft does seem to know its users well. The game publisher recently unveiled posters of the upcoming movie adaptation of one of its blockbuster successes, Assassin's Creed. With huge enthusiasm already palpable for the movie, Ubisoft believes that the film will break the track record of video game movies leaving fans disappointed. Through its internal film division Ubisoft Motion Pictures headed by Gérard Guillemot, Ubisoft has been closely involved in the production of the movie. Reflecting on the industry's future, Guillemot says he is fairly certain that the popularity of streaming will gradually begin to eat into demand for gaming consoles. He also believes that the Free to Play (F2P) model is a reality the gaming industry must work around, as the model is here to stay. "In the last two years alone, it has gone from 90% premium to 90% freemium and so that is a big jump," he observes. 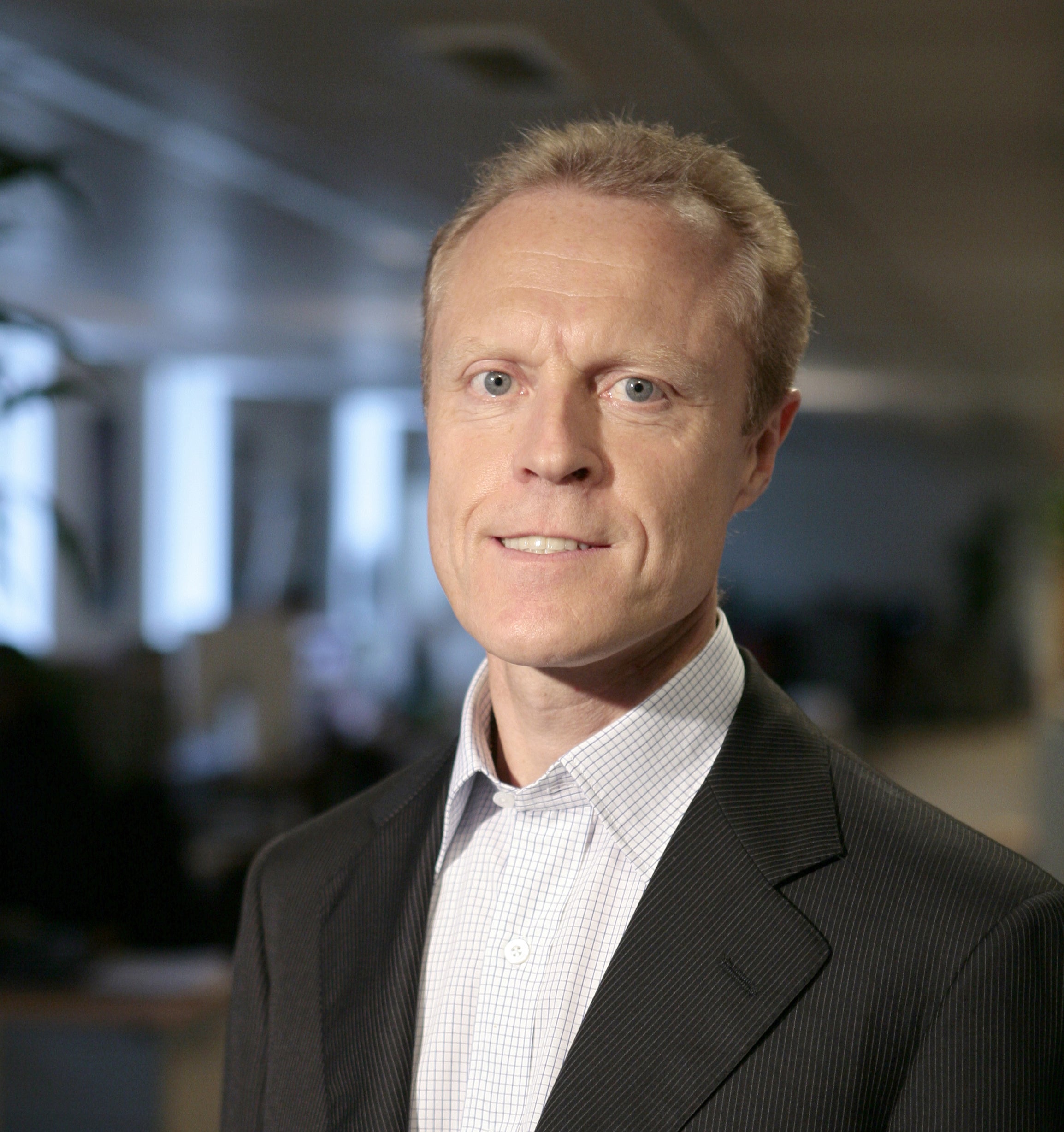 Closer to home, Ubisoft's relationship with the Middle East region goes beyond a large gamer base, and extends to a dedicated game development team in Abu Dhabi. Established in 2011 at twofour54, the team, which is now 60 in number, is from over 20 countries and is the brain behind CSI: Hidden Crimes, a mystery-solving game that gained huge acceptance among the region's gamers. Guillemot says exciting things lie ahead for the unit as it is soon commencing work on a game based on American criminal investigation TV series NCIS, for both mobile and tablet devices. He also recognizes the support (monetary and otherwise) offered by twofour54 in Ubisoft setting up at Abu Dhabi. "twofour54 has really helped us a lot, in finding and setting up offices, to organize the company and they also invested in our projects."

Commenting on the MENA's gaming market, Guillemot says that Ubisoft has seen a "big growth in the last few years" and has "almost doubled turnover in the MENA." He estimates two times the growth for the MENA segment of their business in the next five to six years. Dissecting customer demographics, he observes that like many other regions, MENA gamers display a preference to play games in their own language. "We are trying to adapt to that," he says, without revealing specifics on Ubisoft's plans. As I ask him about the purpose of his current (first) visit to Dubai, Guillemot says that besides business engagements, he came to meet "potential partners" and "to scout the markets." 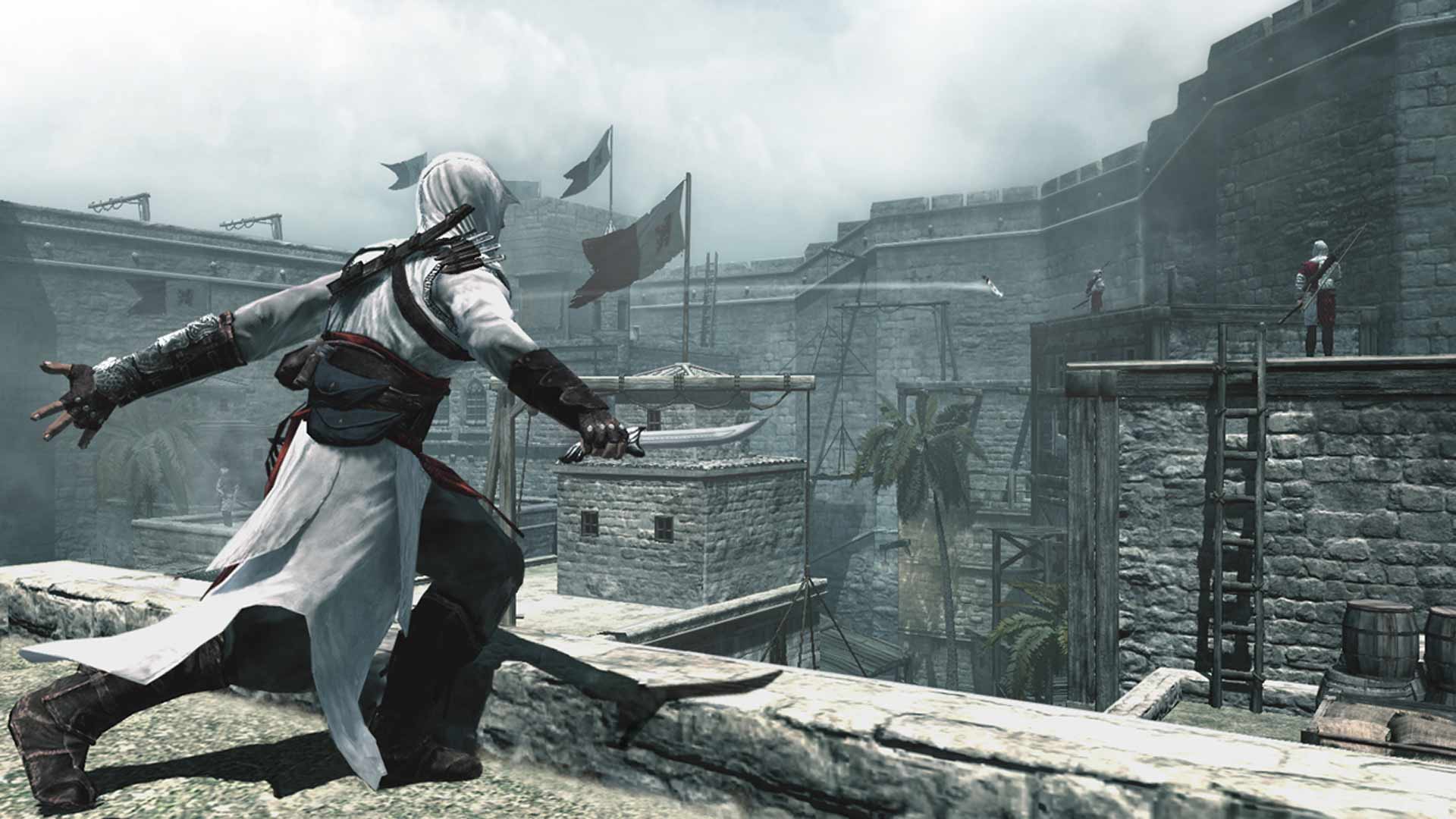 A quick web search of Ubisoft related news can explain the nature of partnerships Guillemot seeks at this juncture. For a few months now, Ubisoft has been in the news as it shores up support to thwart off a hostile takeover bid from French multimedia company Vivendi. As per recent Bloomberg reports, Vivendi, led by billionaire Vincent Bolloré, has acquired shares giving it over 17% ownership in Ubisoft (The Guillemots hold around 15% ownership), and has also stated that it intends to continue buying. While Ubisoft spared no time to classify Vivendi's actions as "unsolicited," Guillemot says Ubisoft wants to make sure that their shareholders/investors subscribe to the same values as them. "And that is a big difference in the new guy who is coming, he is not coming with the same interests," he says, referring to Vivendi.

At the time of writing, Vivendi had already taken over Gameloft, a mobile game publishing company also founded by the Guillemot brothers. The Guillemot family scouted the Canadian markets for supportive investors recently. Interestingly, Ubisoft has found a helping hand in its employees- a group of developers have been reported to have made a statement to Vivendi that proceeding with the unwelcome buy-out would likely result in a talent exodus. One would think that such testing experiences would turn any individual skeptical about external funding, but Guillemot clarifies that he believes external growth capital to be very "crucial for any growing entrepreneur" and acquisitions are "not bad" but a problem only when "pursued aggressively" by those not sharing similar values. The best way for fledgling ventures to deal with competition, he says, is to know their industry peers well enough to understand what they are trying to do, and be "early or even first movers in their line of business." 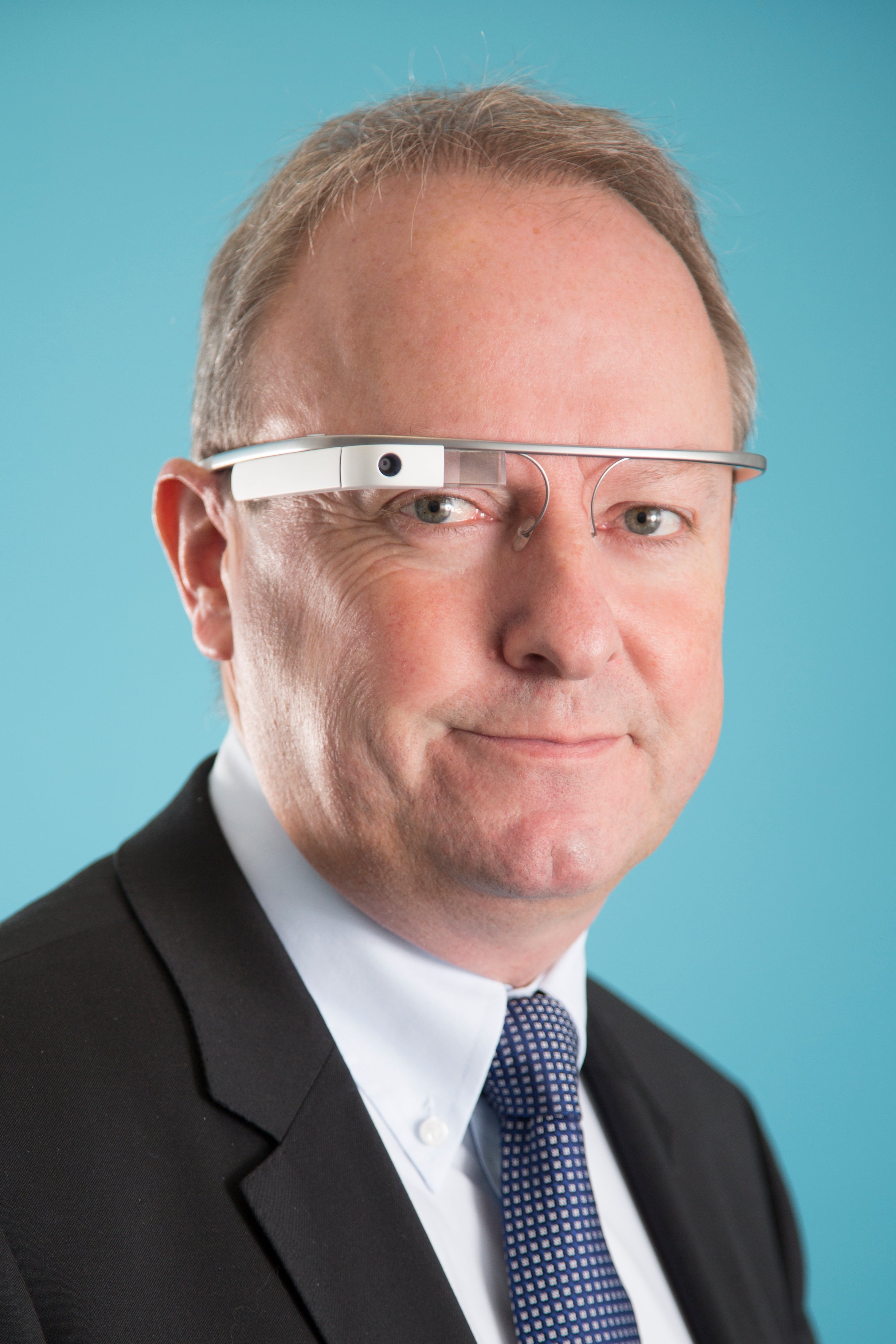 With the global entrepreneurship ecosystem having changed drastically from the 80s, Guillemot urges aspiring entrepreneurs to make best use of today's ecosystem where "there is more access to cash than before" and "more possibilities and opportunities." So, how does a person who has to fight as many battles professionally as any character in his video games unwind? No prizes for guessing. Guillemot confesses to be an avid gamer himself who "doesn't get to play as much as he would like to," due to professional constraints. While Ubisoft's website counts Rayman (a Ubisoft classic) as his favorite game, Guillemot says, more recently Tom Clancy's The Division is a game close to his heart. And what keeps him motivated even after 30 years of managing a business? "The lineup of games we are coming up with this year, and what we will be able to show at the next Los Angeles show [Annual E3 gaming expo], is an amazing one and everyone should watch out for them," says a visibly excited Guillemot, answering the question. 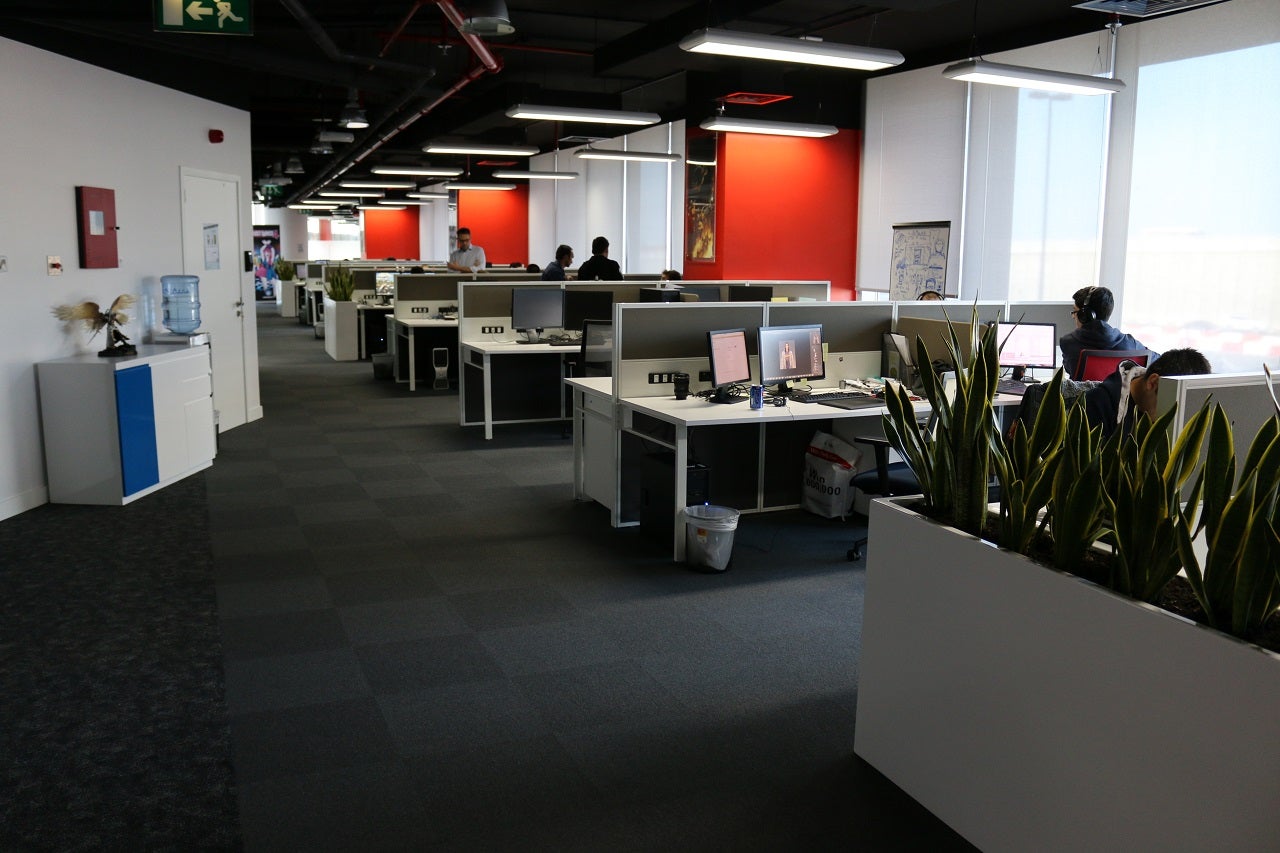 Related: Entrepreneurs Lebnan And Arz Nader Get You Downloading 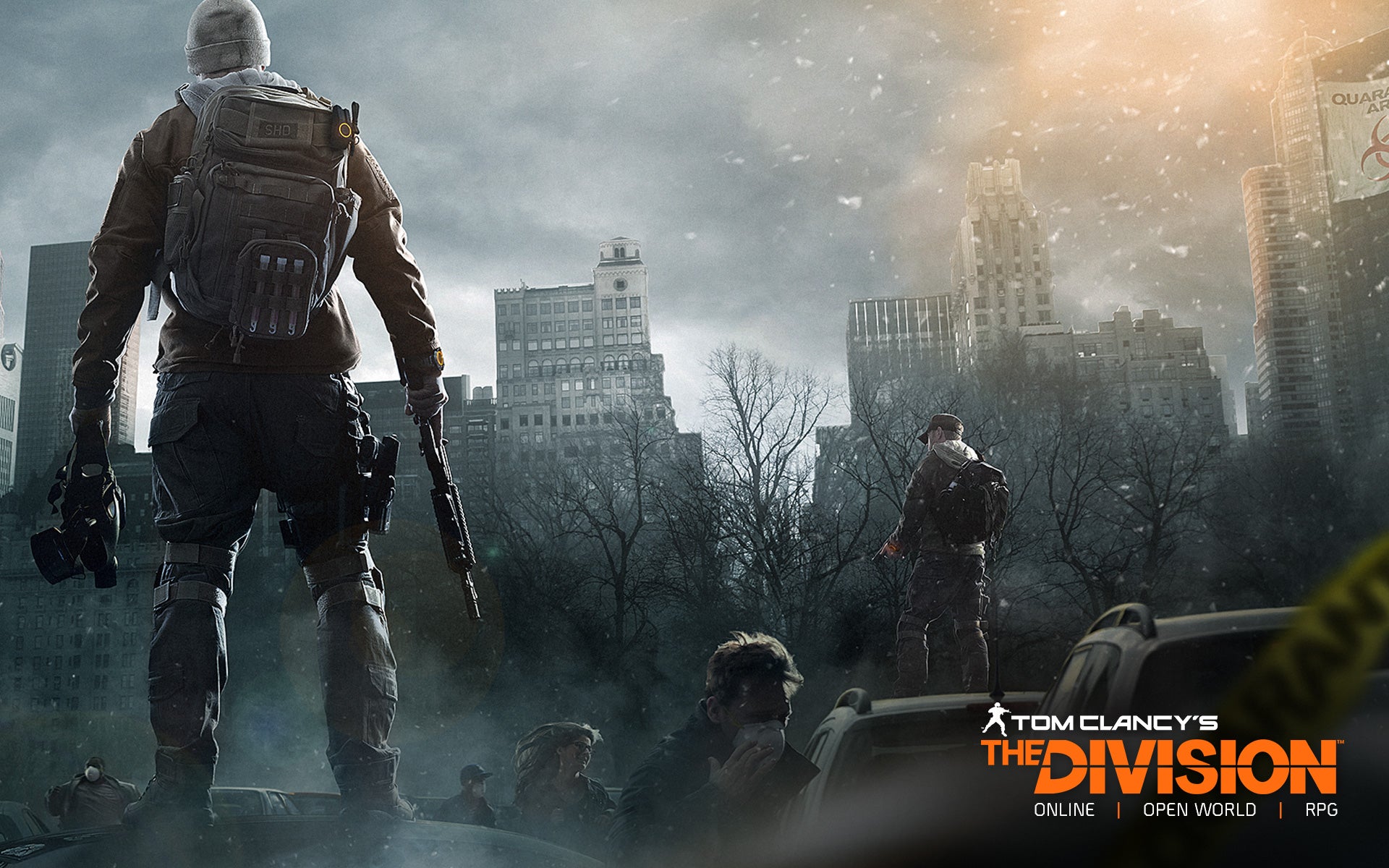 ON STIMULATING CREATIVITY WITH AN EYE ON THE FINANCIALS "Make them win– if they win in what they do, they actually want to take more risks, and they compare themselves with everybody on the planet, and they are proud and they put more energy and take more risks. It has to be a collaboration. Yes, we all have to be conscious of the financial aspects. That's why it is very important to consider how you will create an experience to please the gamer. If you do that, he's going to pay for it. Each time, it's important to have in mind that if you fulfill needs, you will be able to make money out of it. In a crowded market, you have to give the customer something unexpected and make sure you are seen by your differences."

ON THE EVOLUTION OF FAMILY BUSINESSES "Well, I don't think starting or managing family businesses has changed at all. In fact, it is very much the same that it used to be. The most important thing in family businesses is trust, and trust in families hasn't changed in the last 30 years. So it's still the same characteristics that you need in creating something together as a family. Managing family businesses is always more long-term. Families are looking at 20-50 years while other companies look more in the next quarter sense or medium-term. Strategies need to be devised on a long-term basis." 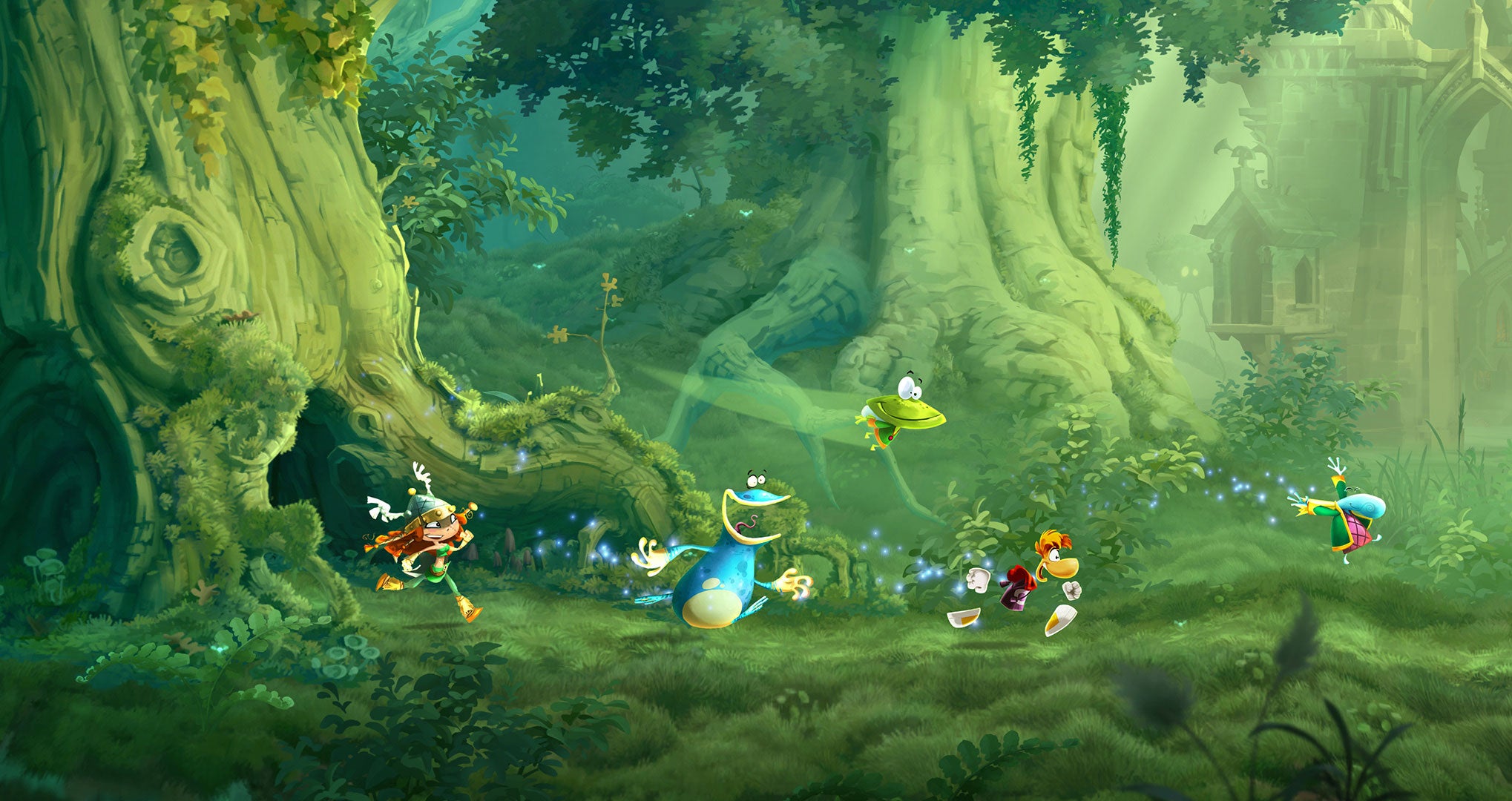 "In the choice of business you do, you have to make sure you are in a new market, because that way, you have a chance to be starting at the same time as other players and maybe even before others, so that you can see the opportunities that the technology is bringing. So, that's a good way to quickly fulfill a need differently than how it has been done before. Secondly, consider talent as the most important thing– take along the best people you can possibly find. Thirdly, trust- make sure you do with them what you want them to do with you and work together to build something strong for the long-term. You want people to stay with you in the journey so you want them to be motivated. Make sure they have lots of fun in doing what they do."

Being a Human Magnet Is Key to Your Company's Success. Here's What That Means.