The founder of the Intisar Foundation -who is also a princess of the Kuwaiti royal family and a serial entrepreneur- is on a mission to empower one million Arab women.

Globally, one common stereotype about Arab women is still prevalent, which is that they are less likely to be active members of society. However, my hope is that those of you who read Entrepreneur Middle East know that this could not be further from the truth. In Kuwait, for instance, female citizens outnumber male citizens in the workforce. Last year, the country appointed three women among the eight new ministers in Kuwait's latest cabinet, one of them being the first woman to hold the post of finance minister in a Gulf state.

Indeed, when I talk with H.E. Sheikha Intisar AlSabah, a princess of Kuwait's ruling royal family, the House of AlSabah, she assures me that Kuwaiti women have had greater economic independence and a voice in domestic and international affairs ever since the 1950s. AlSabah herself is sufficient proof of that. After being a full-time mother to her four daughters, AlSabah was 35 when she decided to test the waters in the business environment by taking up a board position at Refrigeration Industries and Storage Company SAK, her family business, and one of the first air-conditioning companies in the Gulf. "I realized that I didn't like being idle," she says. "I used to read a lot, and attend a lot of training courses, so I was not the usual kind of a non-working mother sitting in coffee shops. For that kind of person, it was easy to transition to business. However, I didn't have experience, and there was nothing I could compare it to, so the hardest part was knowing how well I was actually doing, knowing my value." 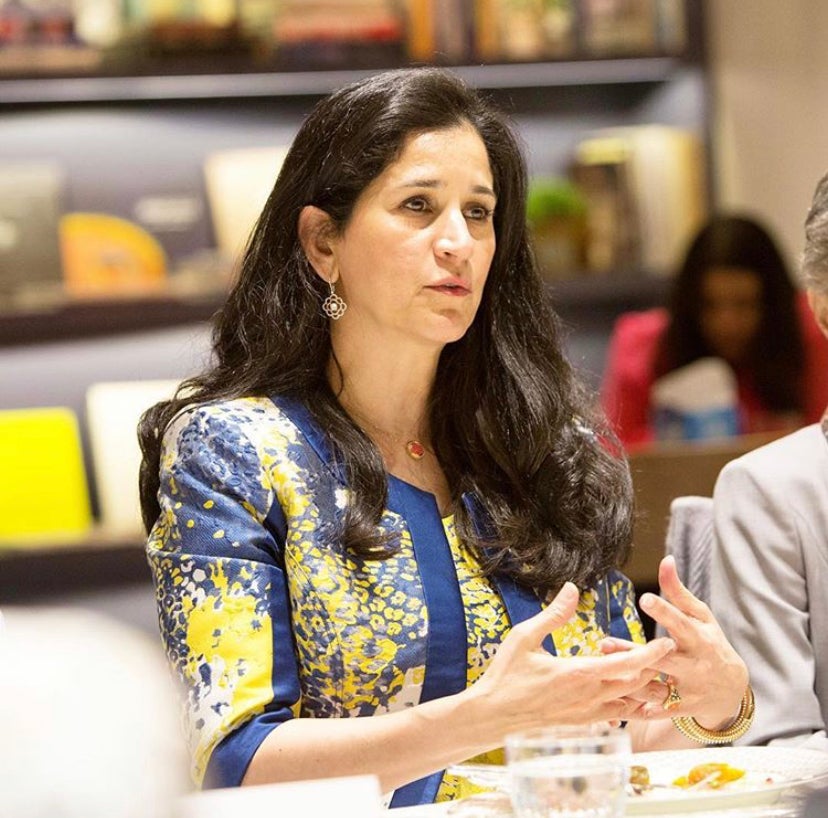 Over the next eight years, she climbed the corporate ladder to become the Chairwoman and Managing Director of the company, having fully restructured the business that had been through the torture of overdraft, loans, and "lots of open projects with lots of problems." AlSabah adds, "I did a lot, but I had always thought that it was not enough, and that I should do more. My biggest challenge was how to motivate the team, especially men, how to push and challenge them when I was inexperienced- or so I thought. Then, I would see male managers who did one thing a day, and that was enough for them. I used to get very angry. Why were they doing so little? That was when I realized that my criteria of what work was and theirs was completely different. My criteria have always been that, if you will do only one thing, then you have to do it really well to be happy with it."

In 2011, AlSabah says, it started to dawn on her that, although she was doing the work, she was not making a real difference in the world at large. "After cleaning up the mess, I realized that that this business was not what I wanted to do until the rest of my life," she says. "It did not bring me pleasure. I liked the challenge, because, to me, life is like a puzzle, and you have to know where to put each piece, and check whether and how it fits. So, in that case, I liked the energy of getting things done, but my passion was dying." That was when she launched Lulua Publishing, a Kuwait-based media house whose publications were aimed at enhancing people's mental and physical well-being. With the motto "You, but simply better," Lulua Publishing's portfolio included Good Health Arabia, a monthly magazine promoting optimal health and wellbeing for women and families, and Vacations & Travel Arabia, a quarterly magazine dedicated to passionate travelers. "We did change the face of the magazines in the Arab world, and how they addressed women, and how female celebrities were portrayed in Arabic magazines," AlSabah says, noting how Lulua Publishing stood out in the market. "It used to be mostly about fashion, beauty, and gossip. We would not have sexualized women on the cover. We would have a celebrity looking sensual but not sexy. To me, all of that was very disempowering to women. Women in the Gulf are extremely educated, and to dim them down with those topics, was simply unacceptable for me." 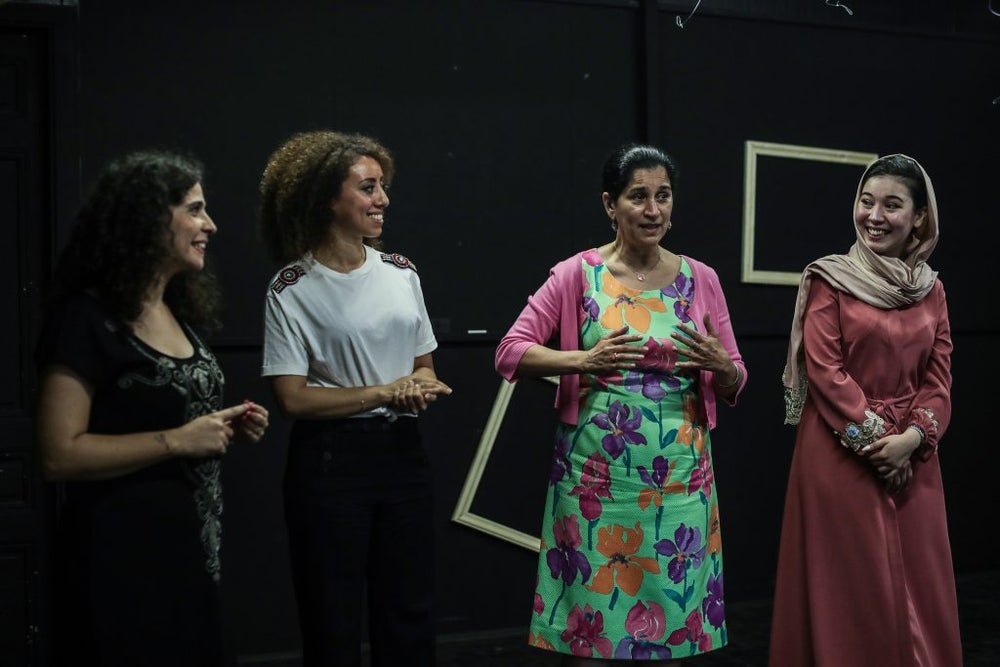 In 2012, Lulua Publishing released The Alchemy of Wisdom, a book that celebrated the achievements of 48 inspirational Kuwaitis, and, recently, AlSabah published "Circle of Love", which had 87 prominent, powerful, and resilient women from all over the world share their personal stories and insights for other women to learn from. All the proceeds from the book go to AlSabah's Intisar Foundation for women affected by war. Before we delve into more details about her work with the foundation, it is worth also noting other businesses AlSabah has initiated, including Prismologie, a mood-enhancing beauty brand she launched in 2015 with her daughter H.E. Sheikha Fatima AlSabah, to help people manage daily stresses with color therapy. In 2017, she launched Intisars, a luxury jewelry brand whose pieces she describes as "meaningful reminders of love". AlSabah explains, "50% of proceeds from Intisars go to the Intisar Foundation. I realized that women like giving, but after a while you get tired of giving. Charity can be depleting for many reasons, so I thought of making consumerism, which is considered toxic, good. It's not charity. It makes both the buyer and the recipient happy. In addition to the donations that we receive, we are also trying to sustain the Intisar Foundation by having products to sell."

AlSabah has also been an active member of the Kuwait Association of the Care of Children in Hospitals; however, her main contribution to women and the Kuwaiti society comes from Alnowair, the first GCC non-profit committed to spreading a positive attitude that she launched in 2013, and the Intisar Foundation. Since 2017, the foundation has been cooperating with NGOs in Jordan and Lebanon to offer drama therapy to women affected by war and female victims of violence. "It wasn't only drama therapy in the beginning, but performing psychological interventions through programs in both art and drama therapy, then we dropped the art, and continued with drama therapy," AlSabah says. "We sustain the amazing effect on the women we are training because, firstly, we give them the right number of hours per week, which is three hours over 16 weeks. This is intense training. After that, it's once a month for three hours over a year, and, at the same time, we keep them in a group of other supporting women who have done the program. What we have realized is that women support women economically, emotionally, and regarding their families. Therefore, one of our main success is in creating those support groups." 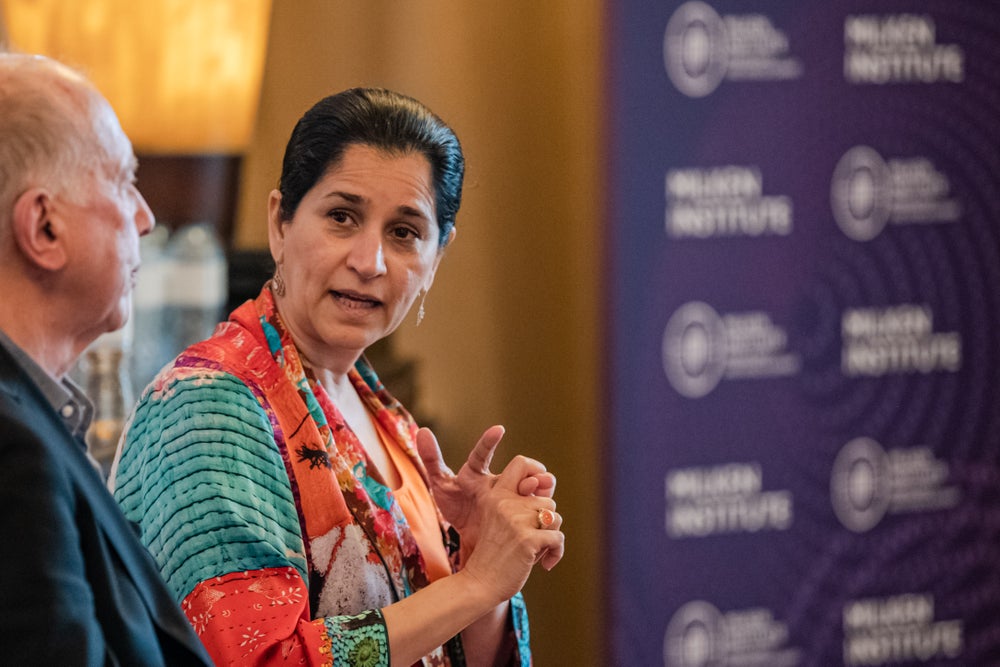 It is obvious that AlSabah is focused on results, which can be seen in her choice of this particular kind of therapy. "It is a very transformational therapy, because it encompasses public speaking, acting, psychology, play, art, all in one," she says. "It's not linear while other therapies are, and it empowers people of both genders." This also ties into the 20-year goal she has laid for her foundation, which is "to reach one million Arab women." To do that, the Intisar Foundation team has devised the right strategy- establishing a master's curriculum in drama therapy in regional universities, in order to increase the number of drama therapists in the Arab world. In 20 years, AlSabah hopes that this will lead to the presence of more than 600 active drama therapists and facilitators in the Arab world, who will, in turn pass on the lessons to other women across the region.

My conversation with AlSabah ends with her sharing a piece of advice for women in the region and beyond, especially those that run businesses. "We tend to take life seriously when we are not happy, but do put some music on and dance," she says. "It is scientifically proven that music and dancing relieve stress, anxiety, and sadness, because those [feelings] build up in the body and mind, and make us rigid. Have you ever been able to let go when you were not having fun? Never. If you are sad and stay at home and cry, you can cry for the next ten years, it will not make you feel any better. See a friend, laugh, watch a comedy, dance, play with children- do something to take the seriousness out of your mind."