Uncovering the Wisdom Behind the Viral Phenomena That is Jay Shetty

With over 10 million followers and 1 billion views on his videos, Shetty the monk who turned into an entrepreneur has been able to motivate and inspire people through videos

By Sanchita Dash
May 15, 2018
You're reading Entrepreneur India, an international franchise of Entrepreneur Media.

Jay Shetty recently conducted an Instagram poll. The question read "Have my videos made a positive impact in your life?" 97 per cent said yes.

With over 10 million followers and 1 billion views on his videos, Shetty the monk who turned into an entrepreneur has been able to motivate and inspire people through videos. In the viral world today, he has a clever way of putting it across - Making wisdom go viral.

Entrepreneur India follows the story of the man who made inspiration go viral and has millions of people waking up to his inspirational videos every day. Some have helped people get through a bad relationship; some videos have helped one get through the loss of a loved one.

The Monk Who Turned Entrepreneur

Shetty grew up in London as a British Indian and life was pretty normal for him. Well, until he grew up to the world of expectations. "Parental pressure took over and out came the quintessential ambitious dream of every Indian parent - be a doctor or an engineer," he said.

But he had dreams following the path of philosophy and behavioral studies. While at business school, Shetty was inspired by entrepreneurs and CEOs. "But there was one incident that changed it all - when a monk came to speak at my University. At 22, I decided to be a monk," said Shetty.

In 2016, he finally found the balance. Shetty turned to videos on the Internet and found a ray of hope in the dark alleys of the web. "I wanted to build a platform that allows people to have healthy discussions and build meaningful conversations," he said.

Two years down the line, Shetty is today one of the most known names in the web. "People would watch my videos and forward it to their friends on WhatsApp. That would open up discussions, someone else feeling the same way got the chance to share his/her thoughts," he said.

Shetty hit two billion views in 18 months. "The response was incredible and I got thousands of messages. Be it suicide or divorce, people were able to take a positive way out of difficult situations. There began my joy and passion of doing these videos," he said. 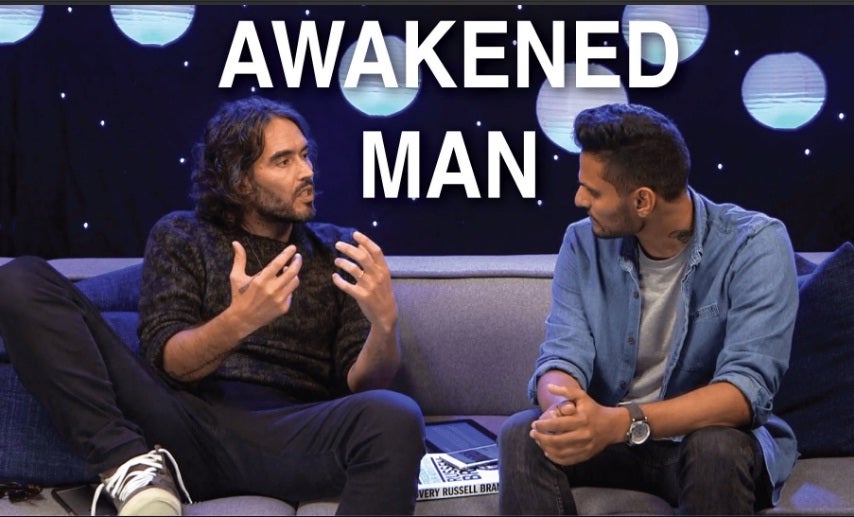 When you are scrolling through Facebook or Instagram, you are bound to find Shetty's videos and you can't scroll down before taking a look at them. Why? His videos are relatable with everyone for they are inspired by people.

Shetty's talks are based on scientific study. Having studied behavioral science for 10 years, he was able to connect with people. "It wasn't just that. When I was speaking to people, about their issues, something would just click and I would know I have to talk about it. Many a times, my videos are not scripted and are based on real life experiences," said Shetty.

While he has achieved success today, not many believed in his path. His parents have always been supportive, but his decision of turning into a monk brought in questions from many - from his Grandma to aunts, who believed he was wasting his life. "Not many people thought it would work but I have managed to carve out my own journey," he said.

What Entrepreneurs Can Learn from Shetty's Success

But even today he can't explain his success as a well thought out plan. "I never thought of it as a business plan. That's the trick - just start with the content and if it works for people, evolve it into a business. For me, the plan was never to be rich or having this as a full time job. When I began, the idea was to just start," he said.

Shetty has a few tips for entrepreneurs. "The more you go to the depth of the problem you are trying to solve, the higher your company will grow," he said.

We all have ideas, but Shetty believes its execution is what defines success. "Good ideas are worth a million dollars but it all depends on the implementation. You need to have the resilience and the desire to succeed," he said.

As entrepreneurs start on their journey, they are inspired by the billionaire entrepreneurs. But Shetty has a request - let's redefine the word billionaire. "Let it not be defined by a man's riches but instead by how he/she has impacted a billion lives," he said.

For entrepreneurs, he has another tip - remember that everyone has failed. Every big idea was rejected by someone. "It takes years of hard work for an idea to succeed. You need to have resilience and grit, care about the sincerity of the idea. Move with your heart but monetize you head," said Shetty, who was himself rejected by 10 media companies.

From Google to Microsoft, What's Ahead?

Shetty gives talks at top companies today - be it Google or Microsoft to interviewing personalities like Russell Brand, everyone has been an audience to his inspiration. But there's no stopping him. He now plans to work on courses, more live events, digital shows, books all that can inspire people.

Always the storyteller, Shetty is relentless about one thing – making people's lives better.