These Beerpreneurs are Brewing a New Revolution

As they say scarcity sells, Indian start-ups realized the dearth of craft beer and the domination of regular Indian and international brands in the market. The hustle started on craft beverages and as beer struggles to reclaim its former glory, start-ups are turning to newer crafts to disrupt your pint. Last year in our year opening issue, we predicted consumer brands to become the biggest trend for 2019 and here we are bringing forward not just upcoming trends for 2020 but also showcasing start-ups which are brewing disruption one sip at a time. The India Beer Market Outlook 2023 report states that the Indian beer market is expected to grow at a CAGR of more than 6 per cent during 2018-23. In this period, the report states, consumers will shift from standard to premium brands, spurring the launch of niche beer brands. The craft movement in India is still in its infant stage but is expected to grow a few times over in the next five years and occupy 10-12 per cent of the overall market (US craft market is 12.5 per cent in volume and about 25 per cent in revenue of the overall beer market). Can craft beer take over the big daddies of the beer market? Entrepreneur India delves deep into the spirit. 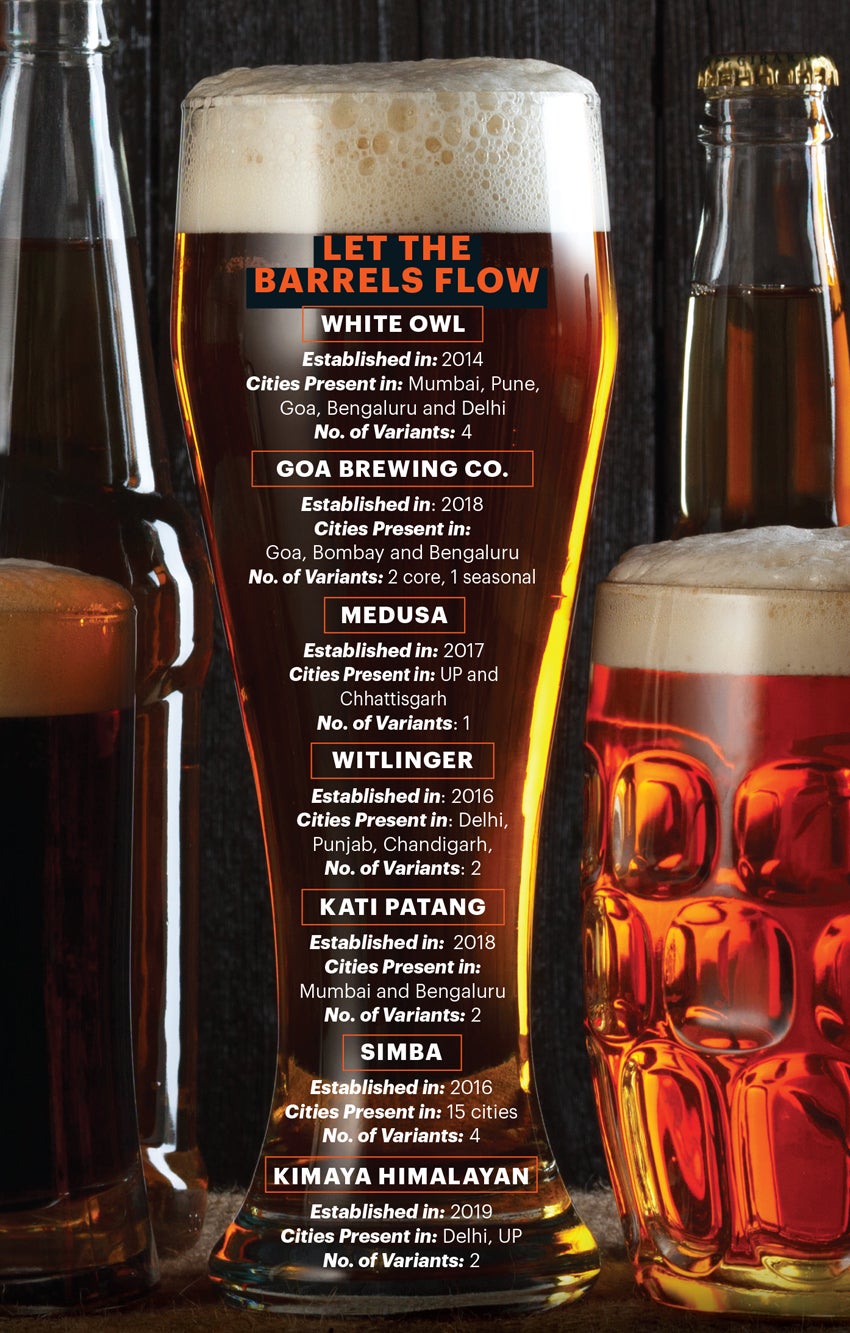 CRAFT BEER CHRONICLES
The cult of craft beer has been around for a few years, but it's now hitting its stride. Talking about the changing trend towards craft beer, Shantanu Upadhyay, Co-founder and CEO, Kati Patang, says, "The Indian palette is now quite receptive to aromatic and experimental brews." The vision of Kati Patang's founding couple is to curate an iconic Indian brand anchored on craft beverages and styles that are teasing to the palette. Resonating the brand story which touched the chord with millennials, Upadhyay says, "Craft is all about freedom from industrial beers. Kati Patang symbolises that same spirit of absolute freedom. The name alludes to a flying kite that starts to soar and float as soon as the last bondage of the thread goes away. True to the real craft movement, our brand stands for unfettered freedom and creativity." So far, Kati Patang has stayed the course with targeted micro-influencer marketing. 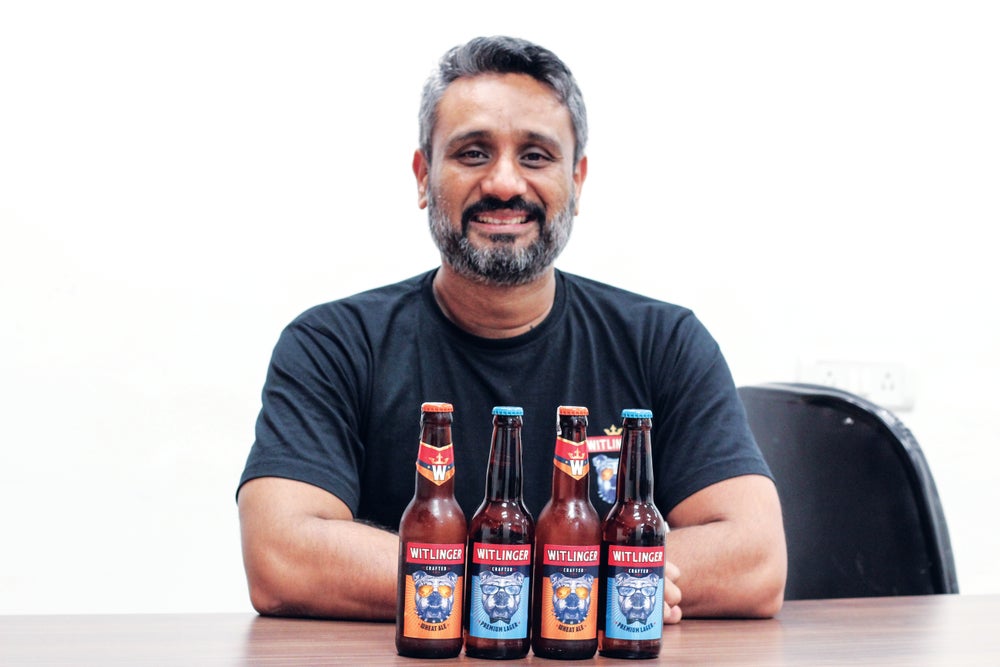 White Owl was conceptualized by entrepreneurs from Harvard Business School and Wharton School of Business. Founder Javed Murad developed a passion for craft beer while working abroad, where the brands available were seemingly endless. After returning to India in 2011, he sensed a latent opportunity and launched White Owl in Mumbai first as a restaurant in June 2013, before officially transforming it into a brewery in October 2014.

Commenting on the growing competition in the craft brew space, Anuj Kushwah, Managing Director and Founder, Witlinger, says, "We are the only craft beer brand in the country which produces 100 per cent malt beer." Currently present in three states, Witlinger plans to enter another five states in 2020 and add two more variants to its existing portfolio. 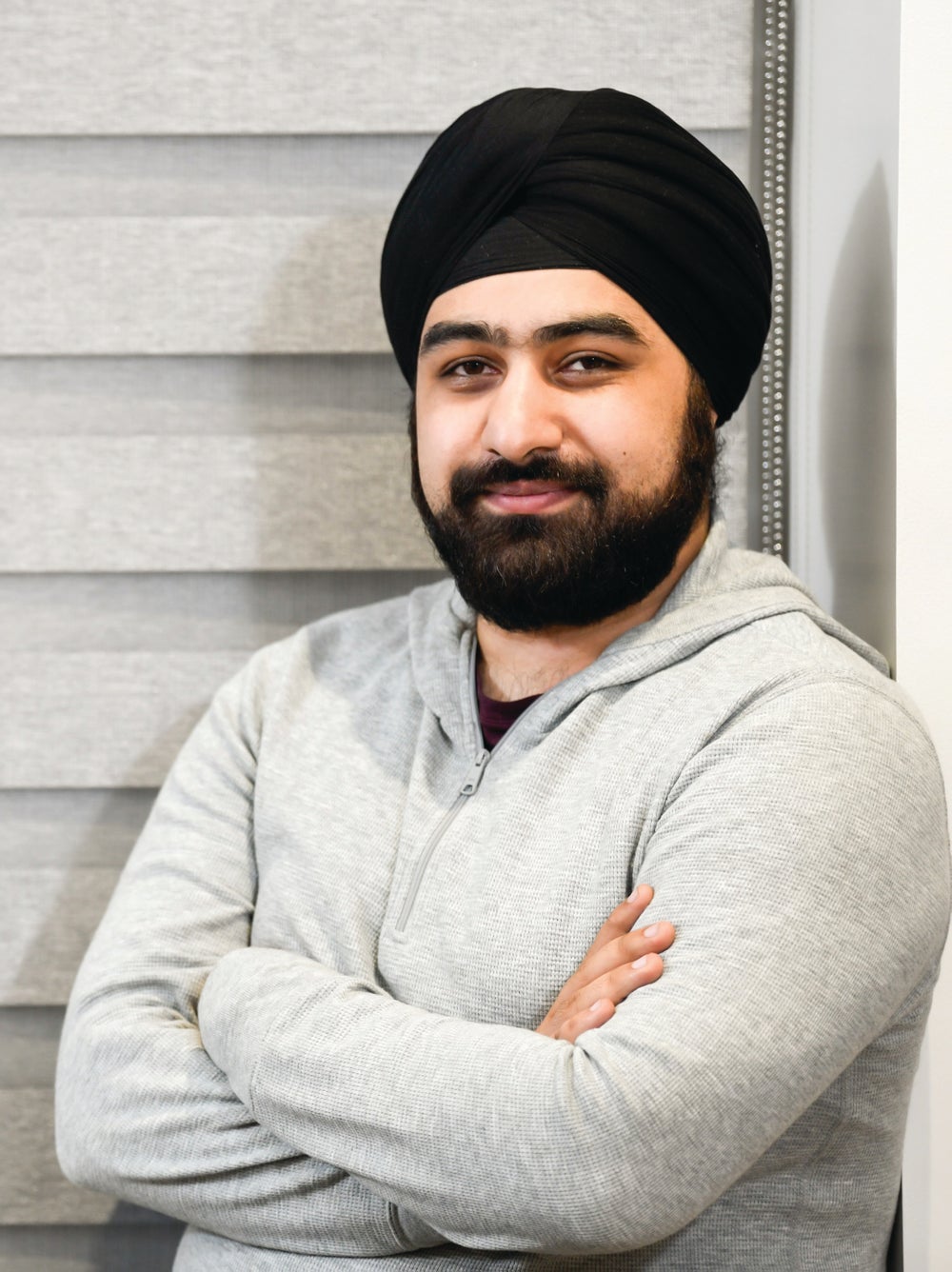 Keeping up with the trend, Simba is in the process of launching newer styles and venturing into tap beer. Though many perceive craft beer to be an urban phenomenon, Simba's founder has a different tale to tell. Prabhtej Singh Bhatia, Founder and CEO, Simba, shares, "We went to unexplored areas like North East, Jharkhand and Uttar Pradesh and introduce the craft beer culture here because we believe that is where the new wave of craft beer consumers will come from." After clocking Rs 100 crore in revenues, Singh is confident that the market will grow significantly despite challenges in the economy. "The growth of craft beer will be in leaps and bounds as compared to other sectors in the coming year," forecasts Singh. 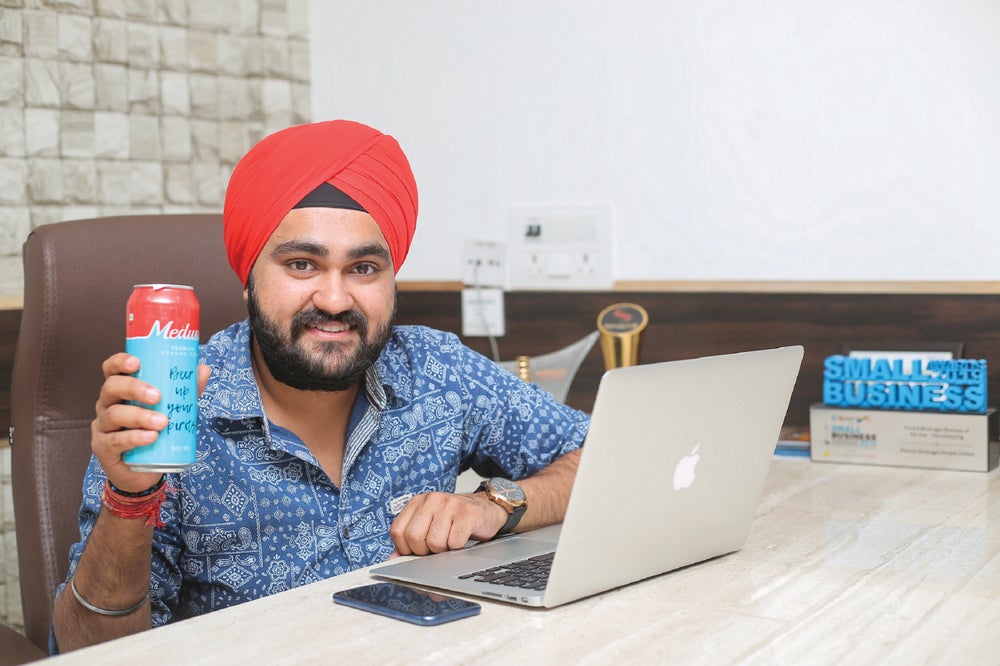 Medusa's founder believed in keeping the prices low and has been riding on this wave. His other differentiator has been to work more on the packaging front. Delving on the details, Avneet Singh, CEO, Medusa Beverages, says, "Can is expensive than glass bottles but cans are more hygienic and classy. We can do more designing in cans, bottles are altogether same - you just have to attach labels. You cannot do many things on labels. In India, bottle industry is aggressive – it's around 82 per cent, while 18 per cent are cans specifically for beer. In IMFL, only bottles exist and no aluminum cans. There is another packaging we have introduced in Uttar Pradesh, its tetra pack for IMFL- just like Frooti in 180 ml."

Sharing his journey, Abhinav Jindal, CEO & Founder , Kimaya Himalayan says, "We launched our beers in the month of September 2019, which also meant the start of the off season of 2019 after two years of extensive research and backend preparations. Since the launch, we have now dispatched over one lakh cases in the markets of Delhi, Uttar Pradesh and Uttarakhand where we are currently operating." The company has a target of achieving 1 million cases in sales for the first full financial year of 2020-21. 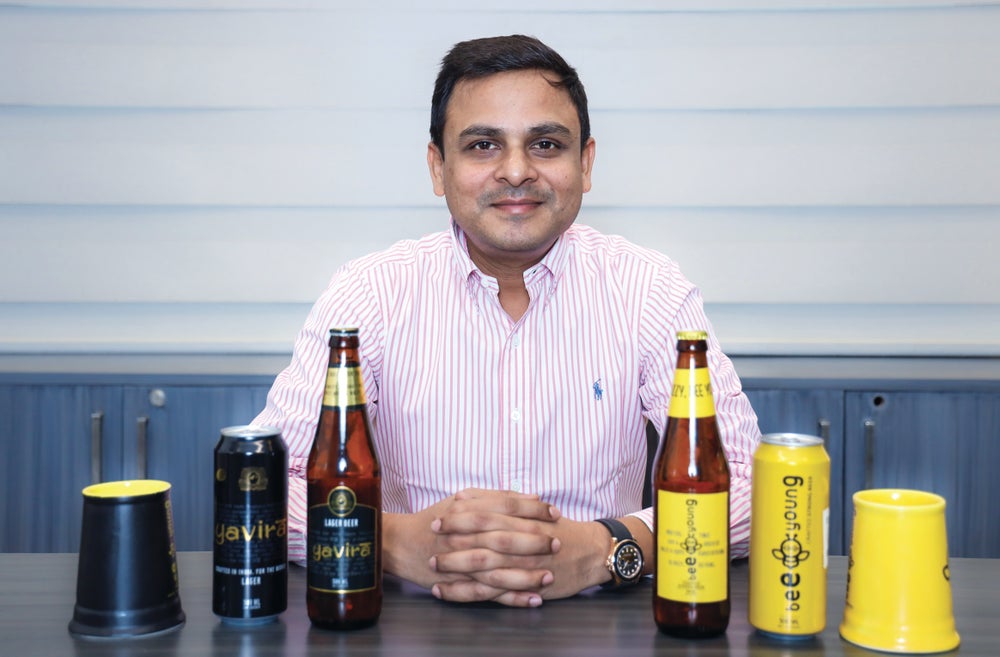 SIN STOCKS
Brewing is a cost-heavy business. Either an established business which already has enough money parked for this space or angel investors and consumer funds can invest in this category. Archit Vijoy, India Associate, DSG Consumer Partners, says, "As DSG has already invested in Sula Wines, we know what goes into building a stand-alone brand." In 2018, DSG Consumer Partners invested in Goa Brewing Co (GBC). As the partner investor, they helped GBC right from setting up the facility, to labelling, bottling, taste and building the story for consumers. DSG has also invested in Singapore-based Brewlander. On the other hand, funds like Fireside have so far stayed away from investing in any of the spirit makers. As per Kannan Sitaram, Partner, Fireside Ventures, "We do not wish to invest in alcoholic beverages brand." The DSG and Saama Capital-funded Goa Brewing Co will be looking for the next round of funding by mid-2020.

For Kati Patang, the seed capital for getting this off the ground came from a hand-picked group of strategic folks who understand a lifestyle brand. These include Samrath Bedi (Forest Essentials), Neeraj Aggarwal (Chairman, BCG Asia Pacific), Gokul Tandan (serial entrepreneur), Rishab Gulshan (TImes Group, ex-BCG) and a few other top-notch corporates based in India, the US and Hong Kong who loved their brand story and were keen to be part of our journey. As per Upadhyay, "The brand is on track to raise its Series A by June 2020."

Witlinger is currently well funded and will also soon raise another round within 2020. In October 2019, White Owl announced a Growth Capital Investment of Rs 40 crore led by IIFL India Private Equity Fund to deepen its presence in its existing markets; expand the brand's presence to new markets (within India and abroad); and grow its portfolio to include both strong craft beer and Kegged Craft Beer nationwide. Its existing investors include RAAY Global (Patni Family Office), Piyush Pandey (Chairman – Ogilvy & Mather), Sasha Mirchandani (Founder – Kae Capital), Anant Goenka (Managing Director – CEAT), and Jeejeebhoy Family Office, among others. On the other hand, players like Simba and Medusa have kept it bootstrapped so far.

CONVERSATIONS OVER THE CRAFT
Today's consumer is being spoilt for choice as microbrewery to tap room to cans to bottles is shouting for attention. As a result, brewers are adopting smart, sustainable and simple means. 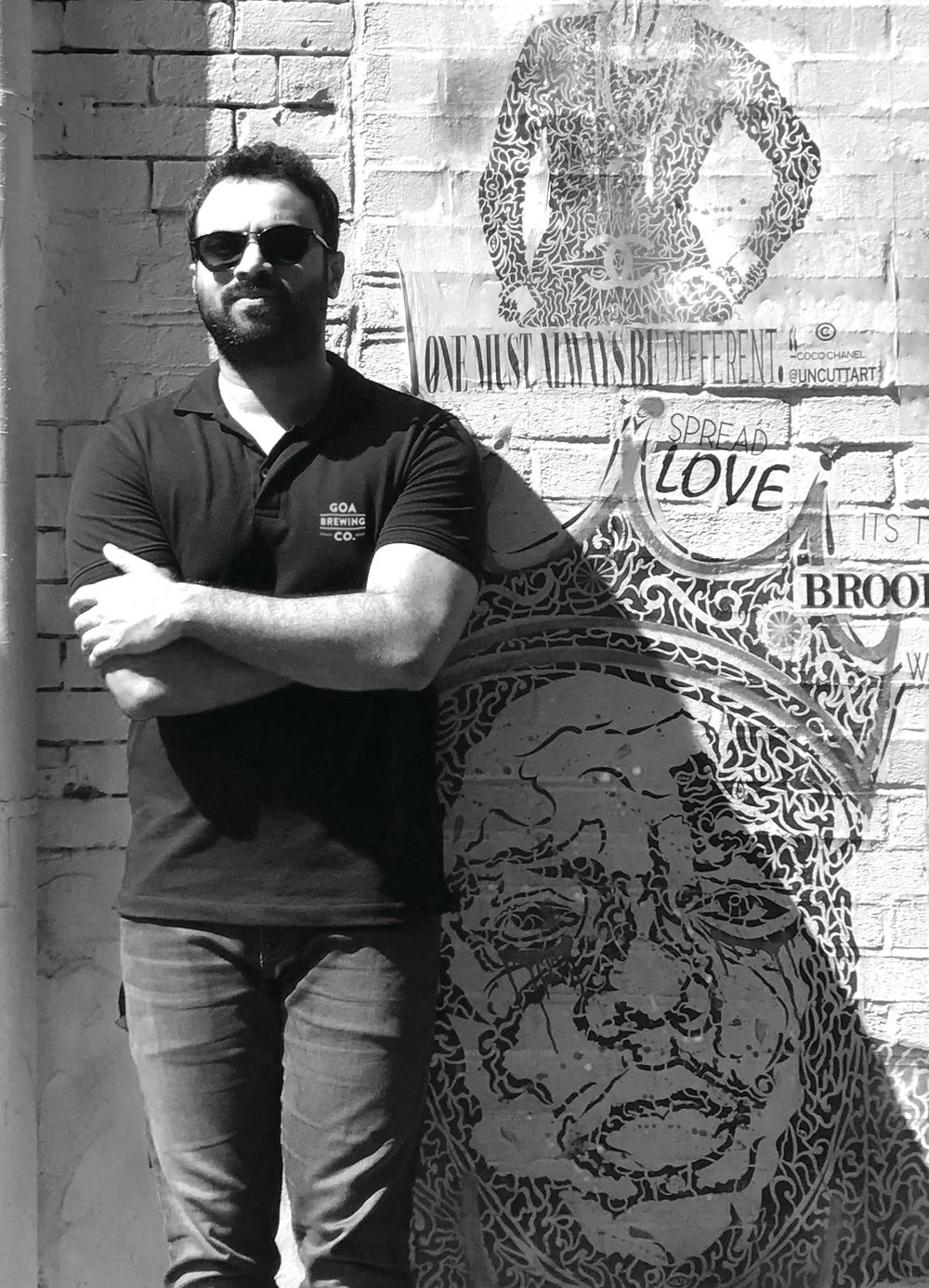 Suraj Shenai, Founder and CEO, Goa Brewing Co says, "We have realized that being sustainable is crucial. After much trial and error, we were able to put systems in place to help us recycle our bottles. 99 per cent of our merchandise is either upcycled or reused. The wooden coasters, surf boards (with the recycle message) and ice boxes are all used from waste materials. Our banners are made using natural cloth materials and not flex."

Attracting investments with several new launches, the beer segment recruits a lot of young consumers. With this, one can easily conclude it won't be a sober revolution anymore.

The Survey said many Indian companies have been getting headquartered overseas, especially in destinations with favourable environments and taxation policies

7 Deductions You Can Claim Under the New Tax Regime

Though contributions made to PPF and Sukanya Samriddhi will not enjoy 80C tax benefits under the optional new tax regime, interest amount and maturity proceeds continue to be tax exempt