Currently, the app has a total download of 150,000 and is compared with now-popular Clubhouse

"I want to democratize discussion," said Vikas Malpani, the chief executive officer and co-founder of Leher, an app that has gained immense traction lately. The Bengaluru-based social media company, which was founded in 2018 by Malpani and Atul Jaju, has found itself being compared to the US-based Clubhouse, an invite-only live discussion platform whose download number skyrocketed after Tesla's Elon Musk and Facebook's Mark Zuckerberg joined the app.

Leher is a discussion social network which lets users join live, real-time discussion clubs focused on certain topics. The app is available on both Android and iOS unlike Clubhouse which is exclusive for Apple users. It supports both audio and video mode of live discussion compared with the audio-based Clubhouse. The app can be used by anyone and only seeks invitation for private clubs. 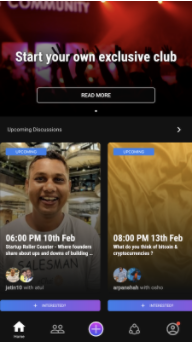 You can start your own exclusive club

Malpani, who is a second-time entrepreneur, stresses on the fact that the last big social media wave was a decade ago implying the arrival of Snapchat and Instagram at the time of 3G. He said the whole interaction medium via text is painful and described social networks till then as broadcast networks. 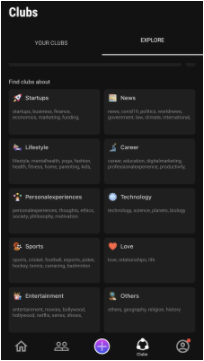 According to him, in the real world, networking is about belonging, it is about camaraderie. "It's about exchange of ideas, it's about great conversations. And that was not happening on the, on the Internet. People were talking at you and not with you," he claimed. 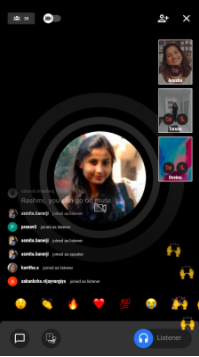 Malpani who believes in building a world-class product said the core idea that went behind formulating the app was to build a social network where people could come together, have discussions and conversations, and increase empathy by understanding each other's point of view.

To enhance participation rate, public discussions, Leher has a participation cap of 100,000 users. Users have the ability to access discussion sessions that have already ended and go through them. The app allows its users to follow people and ask them questions or send them a message. 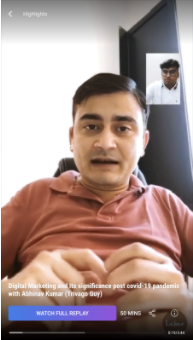 Though India attained independence from British in 1947, Malpani believes that India is a digital colony of the US, implying that Indians majorly use Silicon Valley apps. He claims that India has a huge talent pool, but needs to compete against world players.

In the coming months, Leher will add features such as the ability to distribute live discussion recordings to multiple podcasting networks (like Anchor.fm) and introduce monetization for creators.

On being asked about the future goals, Malpani said in terms of business goals, Leher wants to enjoy the biggest market share in the conversation and discussion social network. Malpani also wishes to bring personalities with humongous influence such as Amitabh Bacchan, Anand Mahindra and Ratan Tata on the platform.

Though it is too early to gauge the success of the app, it won't be wrong to say that the app has created a buzz among netizens.