This Is the Crazy Process This Juice Franchise Went Through to Get USDA-Certified Organic. But It Sure Has Paid Off.

Clean Juice went above and beyond when they became the first USDA-certified organic juice brand. But to its founder, it was the right way to stand out in a newly crowded market.

By Madeline Garfinkle
November 22, 2022
This story appears in the December 2022 issue of Entrepreneur. Subscribe »

Kat Eckles wasn't always a healthy food enthusiast. But after having her first child, she became more conscious about her diet. "It was the first time in my life that I really thought about being as healthy as possible, so I could be with my family as long as possible," Eckles recalls. She started exploring "superfoods" — foods believed to be densely packed with nutrients — but thought they were all gross. When she blended them (and a few extras) into a smoothie, however, they became delicious.

Eckles saw an opportunity. So in 2015, with no prior business experience, she and her husband relocated from New York to North Carolina to open their own juice store. Since then, their brand Clean Juice has grown into a franchise with over 125 locations — just as juicing became popular nationwide. Clean Juice remains set apart from the crowd, though: It is the only USDA-certified organic juice and food franchise, ever. Here, she talks about how they've worked to be accessible while standing out.

Related: When Her Studio Burned Down, She Taught Classes in a Church Basement. Now She Has 10 Locations.

What was the "juicing" culture like when you first got into it?

It wasn't really accessible to the everyday person. In New York City, it was like the badasses did it. Juice Press used the F-word in their marketing. Then you'd go out to Los Angeles and there were all these crazy ingredients you had never heard of. You thought, This is only for supermodels. Then you'd go to Raw Juice in Miami and the girls would be in crop tops and everybody would be gorgeous. So our brand was really just for the everyday person. We're like the Joanna Gaines of juice bars. We made it work not just in a niche market, but all over the country.

Why did you decide to become USDA-certified organic?

There's all these different diets and ways of eating, but to me, the most important thing is the quality of our food. I didn't want to eat or drink our products if they weren't organic. So I did it selfishly, but we worked really hard to get that certification. It was relentless and tedious, but we really believed in it. 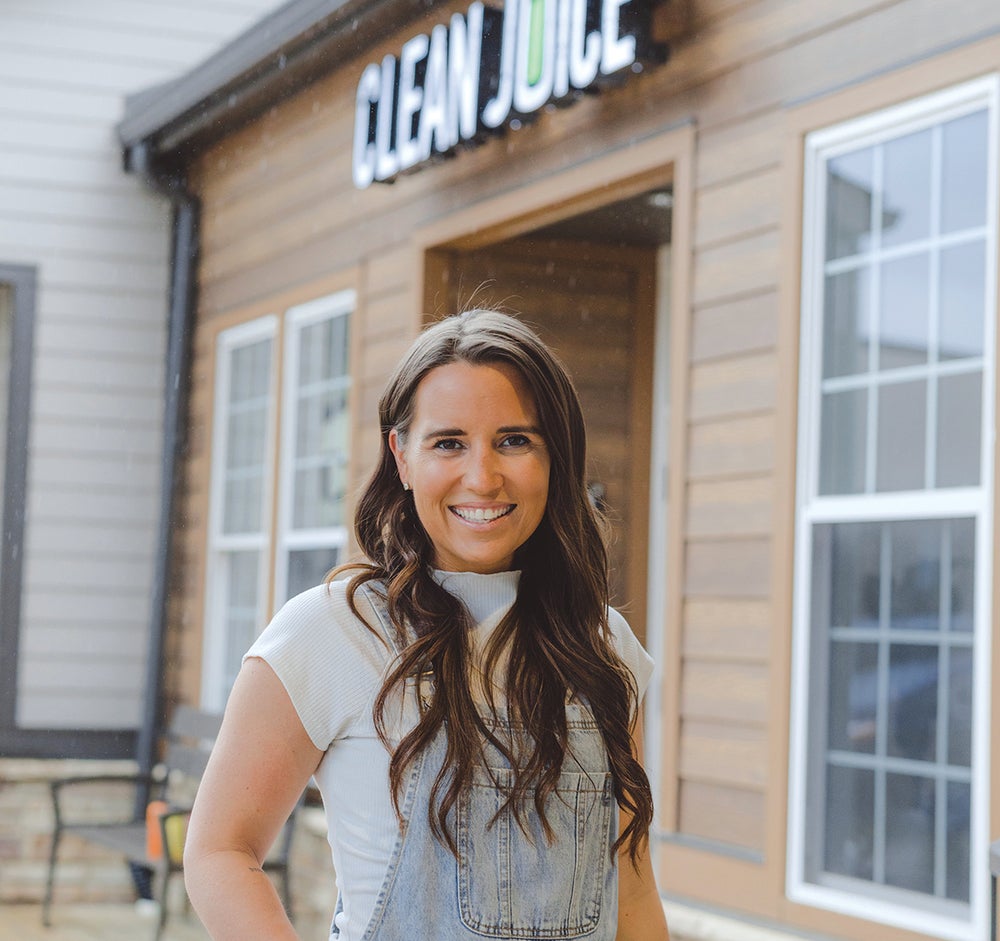 Our produce is grown in California, so we reached out to the California Certified Organic Farmers, which is a USDA-accredited certifying agency. They had never done a food franchise before, so they were like, "We're going to have to come up with this process together, and it's going to be hard to do."

They had to go through every single receipt for every single piece of produce and everything we brought into the store for six months. They backlogged and traced everything. They would take a single product — let's say a green juice — and we'd have to show them the kale receipts and the celery receipts and so on. They would go ingredient by ingredient and then track it to make sure we didn't buy 40 pounds of organic kale and 20 pounds of conventional kale.

Even now, if our distributors run out of something and an owner has to run to the store to get organic kale, they have to take a picture of the lot number and the batch record and keep the receipt to file correctly. That's why when people are like, "Oh, that organic certification means nothing," I'm like, "No, you don't understand."

Related: Is Food And Beverage Franchising Right For You?

Does the certification help the brand grow?

I think it's kept us separate in a market of new people coming in. And eating organic is something that more and more people care about. It's not only better for you physically, but it's better for the environment. It requires better farming practices. And our owners really care. They're passionate about it and they bought into the brand because of what we do.

Missed Cyber Monday? The Deal for 62% off This Clever Keychain Has Been Extended.