PVC Plastics Are Polluting Our Planet. This Startup Has a Solution.

About 40 million tons of Polyvinyl chloride, most commonly known as PVC, are produced each year. The plastic can be found in everything from tents, toys, pipes, flooring, and billboards.

But PVC is highly toxic, spewing chlorine into the air and damaging the ozone layer. According to Greenpeace, "PVC is the single most environmentally damaging of all plastics."

A startup out of Golden, Colorado, called Renegade Plastics, has invented a new toxic-free, recyclable fabric solution for dangerous PVCs. The polypropylene-based material is free of lead, dioxin, and phthalates and has a 33 to 49% lower carbon footprint than PVC-coated and laminated fabrics. It's also recyclable. 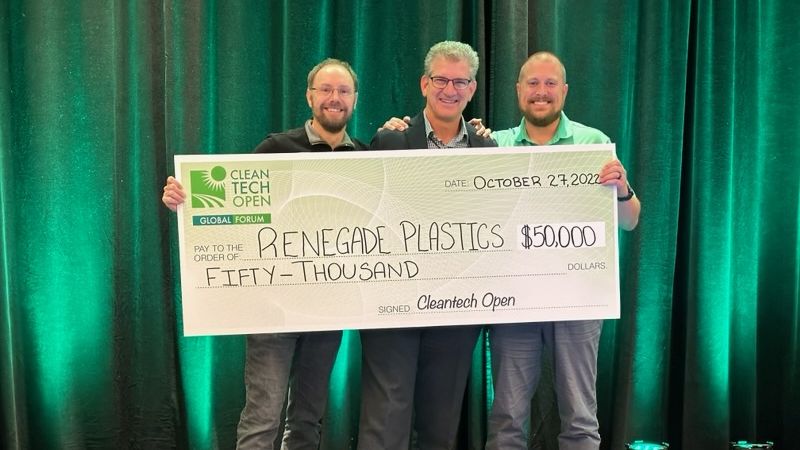 Cleantech Open is the largest clean technology accelerator in the world. More than 90 companies joined their program this year. After six months of mentorship, business training, and networking with investors and partners, eighteen finalists progressed to compete at the national level.

Renegade Plastics came out on top. "It will set us up for success in building a circular economy for the plastic fabrics industry," said Tony Ehrbar, CEO of Renegade Plastics.

The runner-up in the competition was Verde Technologies Incorporated, which develops a thin-film solar panel that is lightweight, flexible, affordable, and easily installable due to its adhesive backing.