Step-Counters for Cows? Yep, It's a Thing.

An Indian tech company has developed wearable technology called a mooOn to track cows' activity levels. But why?

We've become obsessed with getting our 10,000 steps a day.

Sales of wearable step-trackers made by Fitbit, Garmin, and Apple are estimated to generate $97.5 billion in revenues in 2022.

And now cows are getting into the wearable market. Wait, cows?

You read that correctly. An Indian company called Stellapps has created a "MooOn" device that goes around a cow's leg and tracks its activity levels.

"We have a device which is like a Fitbit for cattle," Ranjith Mukundan, co-founder and CEO of Stellapps, told CNN. 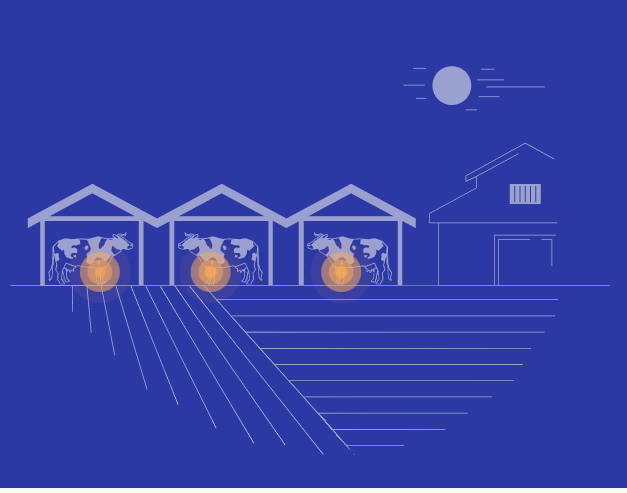 India is the world's largest dairy market, producing 52,000 gallons of milk annually. The Stellapps MooOn monitors cows' health, letting farmers and vets know when a cow might be sick, not moving enough, or even ovulating (Apparently, cows move less when they're ill and more when they're ovulating).

No word on how many steps a cow needs daily to be healthy.

More than just a step tracker

According to the CNN report, Stellapps does more than just monitor a cow's steps. It also tracks the journey of milk from farm to table.

An ultrasonic analyzer measures the nutritional content of the milk, letting farmers know about their cows' dietary needs. Stellapps also works with a digital scale to measure the amount of milk delivered. Then it transfers payments directly to farmers' bank accounts through a "mooPay" platform.

Once the milk is delivered to the processing plant, app sensors monitor it to ensure it's not tampered with or stolen.

Stellapps hopes to modernize the Indian milk industry by taking it traceable and safe. Mukundan said his goal is to "vouch for every glass of milk."