By Gwen Moran
February 22, 2012
Opinions expressed by Entrepreneur contributors are their own. 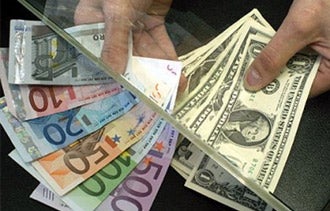 After Jeffrey Nash decided to go global with his innovative baby walker -- a harness-like product that keeps tots close while walking in crowds -- he didn't realize how closely he'd be dealing with government officials. Such countries as Canada and South Africa ban traditional baby harnesses, so he had to sell his product to officials first to get permission to promote it to consumers.

To some people, that might sound like too much trouble, but Nash is bullish on exporting. "It's very profitable for us to not close the door on [an export market] because of certain rules and regulations," he says. "You just have to jump in, take it piecemeal and you'll get through it."

Here are 10 hot export markets for small businesses to consider if they are seeking expansion opportunities beyond their home borders. The countries are listed in alphabetical order, and the information is drawn from the U.S. Trade and Development Agency (USTDA), the U.S. Commerce Department's International Trade Administration, the U.S. State Department and target countries in the government's National Export Initiative.

Brazil
"Brazil has great opportunities in just about any area," says Leila A. Afais, director of export promotion at the USTDA. A world power in agriculture, the country is one of the largest IT markets in the world and is investing heavily in infrastructure development for the 2014 World Cup and 2016 Olympic games. Brazil has the largest population in South America, and its economy grew an estimated 3.11 percent last year. Afais advises companies to double check with local officials to make sure their products are assigned to the proper category because restrictions vary by classification.

Colombia
Over the past 15 years, the third largest South American economy has transitioned from being highly regulated to a free market, with an expanding middle class and estimated 4.9 percent 2011 economic growth. A free trade agreement, signed into law in October 2011, has sparked a flurry of trade missions and a growing focus on finding new ways to do business with U.S. companies.

India
India is an emerging market with a big appetite for U.S. goods and services. A young population with a median age of 25, India has a middle class that the U.S. State Department estimates will increase tenfold by 2025. Challenges in this market include high tariffs, multiple languages and cultures, and poor transportation infrastructure.

Indonesia
The largest economy in Southeast Asia and the world's fourth-largest population -- half of which is under age 30 -- Indonesia had estimated economic growth of 8 percent last year. A top-10 market for U.S. agricultural products, the country is a thriving democracy with a trend toward deregulation. However, the regulatory environment remains daunting, and infrastructure inadequacies can make it expensive to do business.

Mexico
Part of the North American Free Trade Agreement, Mexico has long been a trading partner with the U.S. and represents the second largest export market for American products. Trade between the two countries averages more than $850 million per day. The U.S. Commerce Department recommends retaining a lawyer before making agreements with Mexican partners because the legal system is different from that in the U.S.
Promising markets: Consumer products, packaging and plastics, tourism and tourism-related services, and housing and construction.

Morocco
Morocco was the first African country to reach a trade agreement with the U.S. and is becoming an important player in the North African market. This year, its economy is projected to grow 5 percent. Its proximity and relatively low labor costs have made it attractive to European companies, which use it as a hub for their African sales and operations.

Nigeria
This western Africa country--the continent's most populous--is responsible for 40 percent of all goods imported into the region. It boasted an impressive 2009 GDP growth rate of 6.1 percent and has set the goal of becoming one of the top 20 economies in the world by 2020. Demand for American products is strong, but it's still wise to work with government officials or experienced professionals there because of the crime rate, the potential for fraud, and inadequate energy and transportation infrastructure.

South Africa
South Africa is a broad-based, growing economy that accounted for 31 percent of sub-Saharan Africa's GDP in 2010. The country is an attractive market for many businesses because of its stable banking system, as well as a maturing infrastructure and business-friendly environment.

Turkey
U.S. exports to Turkey increased 40 percent between 2009 and 2010, with strong growth expected to continue. A longtime U.S. ally and charter member of the North Atlantic Treaty Organization, Turkey's economy grew an estimated 4.6 percent last year. It is a politically and financially stable country that has applied for membership in the European Union.

Vietnam
While large growing economies like Brazil and China get the attention, Vietnam continues to grow steadily outside the spotlight--an estimated 5.8 percent last year. But there are a number of business challenges, including an evolving regulatory environment, corruption and insufficient protection of intellectual property rights.