By Rafe Gomez
July 14, 2016
Opinions expressed by Entrepreneur contributors are their own.

According to the website for their 2015 documentary "We Are Twisted F**king Sister!," the five-member group "was one of the biggest glam rock bands of the [80s], their over-the-top live shows drawing sell-out crowds and their music videos defining an early MTV network."

However, most people don't realize that the Sisters' platinum-selling success was 10 years in the making: starting in the early 1970s, the band began a har- fought journey that included headlining every club within 100 miles of New York City, from New Jersey bowling alleys to Long Island beach bars. Playing four gigs a night, six nights a week, they were the #1 draw in suburban New York, selling out 5,000-seat shows fueled by their no-holds-barred stage presence and aggressive metal setlists.

Along with creating timeless, fist pumping anthems such as "You Can't Stop Rock "n' Roll", "We're Not Gonna Take It", and "I Wanna Rock", Twisted Sister did a lot of other things right to sell over 10,000,000 albums around the world. Here are five examples of their righteous recipe:

1. Deliver consistent excellence to your customers.

In their years as the tri-state area's premier bar band, Twisted Sister didn't just want to entertain their suburban audiences, they aimed to assault and delight them with dangerous volume, manic energy and over-the-top outrageousness. When the Sisters discovered spontaneous stage banter or bawdy antics that their fans responded to, they not only added it to their shows, they sought to tweak and improve it every night. They had a deep understanding of their fans' frustrations, aims, and pleasure points, and they designed their concerts -- and wrote their songs -- to leverage these insights. As a result, Twisted Sister garnered tens of thousands of SMF's (the band's fan club), who traveled for hours through any weather to experience their unforgettable performances. 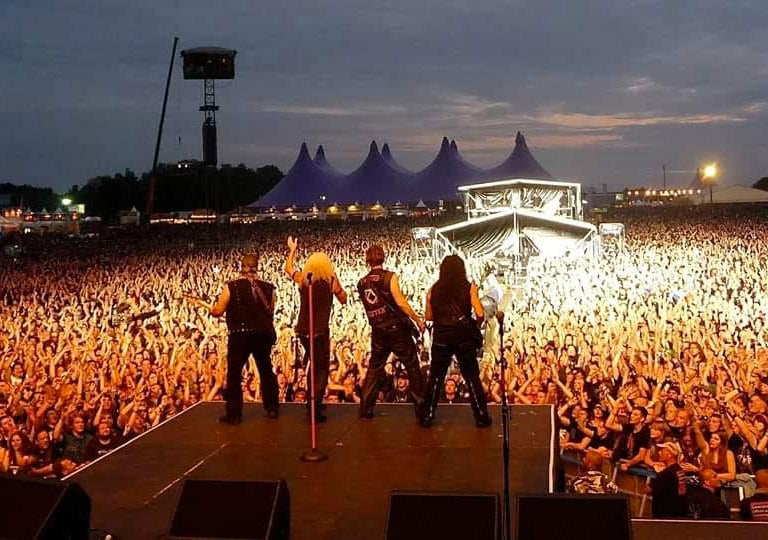 Takeaway: If you want to thrill your customers, have them become enthusiastic ambassadors for your brand, and entice them to swear allegiance to your company forever, never settle for the delivery of adequate service and quality. Instead, relentlessly strive to delight them with exceptional service, peerless quality, and well-executed enhancements of your offerings.

2. Super-stardom for your organization requires a super-star team.

Jay Jay French, Twisted Sister's guitarist and founder, went through dozens of members in search of the perfect tandem of talent, ambition, and personalities. He struck gold when he added vocalist Dee Snider and guitarist Eddie Ojeda to the group. But when he invited drummer A.J. Pero (whose sledgehammer style was legendary on the Staten Island rock club scene) and bassist Mark "The Animal" Mendoza (an original member of influential proto-punk pioneers The Dictators) to join TS, he knew that he'd finally assembled the lethal combination of players that he needed for the Sisters to achieve global domination.

Takeaway: Don't expect to attain superior results if less than superior executives and employees are on your roster. Instead, fill your ranks with proven "rock stars" (and budding rock stars) whose fresh perspectives, energy/enthusiasm, and cohesiveness will bring your organization to the next level.

Related: 3 Business Lessons From Miley Cyrus and Her Infamous Twerk

3. Seek influential advocates for your organization.

Twisted Sister had zero luck getting an American record deal in the early 80s. But when their self-pressed singles were exported to the U.K. in 1982, influential English critics sang the band's praises -- which helped to build interest and sales. An early TS fan and ally was Lemmy, the charismatic leader of the groundbreaking speed metal trio Motorhead. Lemmy not only introduced Twisted Sister to the crowd of 80,000 metalheads in their performance at the hugely important 1982 Reading Rock Festival, he also joined them onstage in a widely seen national TV performance on the popular music program "The Tube". Lemmy further showed his support by enlisting "Fast" Eddie Clarke, Motorhead's guitarist, to contribute a solo to the TS song "Tear It Loose", which appeared on Twisted Sister's first studio album.

Takeaway: While pursuing perfection in the creation and delivery of your product/service, simultaneously aim to develop positive engagements with authoritative tastemakers. You never know when an influential voice in the broadcast media, social media, or print/online media worlds will sing your praises and put your organization in the spotlight, so take these interactions seriously and nurture them carefully.

4. Listen to the marketplace.

While Twisted Sister was - in the words of Dee Snider -- "the poster child for the unsignable band", they had a true major label believer in the States: Atlantic Records' Jason Flom.

In 1982, Flom heard about TS from members of Zebra, a rock trio that he had signed to Atlantic. According to Zebra, Twisted Sister was "the best live band in the world: we can't touch "em, nobody can touch "em." Intrigued by Zebra's enthusiastic testimonial, Flom caught the Sisters' sold out shows in Poughkeepsie, NY (3,000 tickets) and Aberdeen, NJ (5,000 tickets) and was blown away by TS' music and their fans' enthusiasm. When he presented his findings back at the office, Flom was told to take a hike and actually threatened with termination by the company's CEO: the band was regarded as a joke by Atlantic's executives, their audiences were viewed as idiots, and their songs were derided as garbage. But thanks to their growing popularity in the U.K., Twisted Sister was signed by Atlantic's London office (Flom made the connection possible), and the band's career would soon hit the bigtime. Were it not for Flom's recognition of the tastes and zeal of their fans, TS might have remained "unsignable" -- and unsigned. 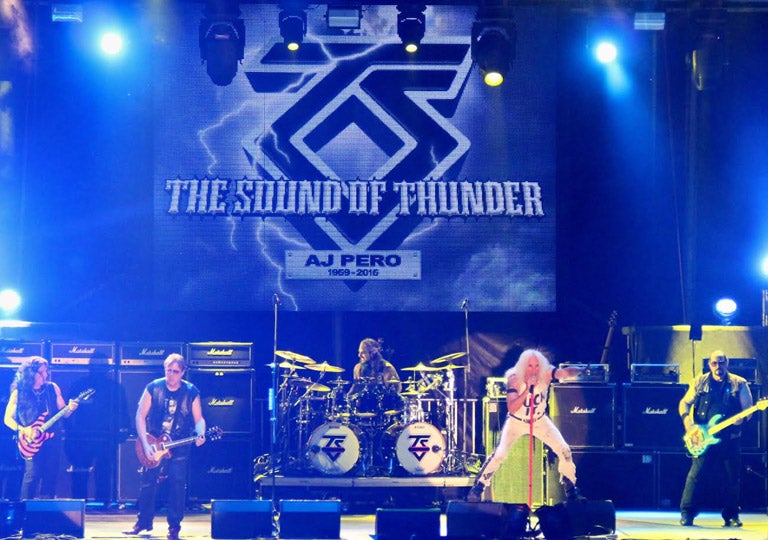 Takeaway: It's been said that the most dangerous place to view your customers is through your office window. To find out what the marketplace wants, achieve a competitive edge, and acquire useful ideas that can improve your product/service, you need frequent and direct interactions with your buyers and prospective buyers.

Related: Richard Branson on How Music Can Save Your Business

5. Bounce back and keep moving forward.

The road to fame was long and bumpy for Twisted Sister:

The band's persistence and ability to rebound from crushing disappointments ultimately paid off: in 1984, their second album on Atlantic Records "Stay Hungry" sold three million copies, and transformed them into one of the biggest bands on the planet.

Takeaway: When bad luck continually slows your momentum, shrinks your confidence, and messes with your life, feelings of rage, self-pity and the temptation to give up are normal and understandable. But if your product/service is outstanding and your team is depending on you to come up with a plan, the inspirational words of Twisted Sister's co-manager Joe Gerber will keep you going: "You pick yourself up, dust yourself off, strap your Spandex back on, and get back out there."

Whether fans of their music or not, entrepreneurs in any industry can learn from the amazing wins that Twisted Sister achieved in their 40-year career. The band's ability to capitalize on opportunities, pivot when faced with obstacles, and create a product that resonated with millions of customers are attributes that are embedded within the DNA of all effective business owners and profitable organizations.

Entrepreneurs who aspire to become market-dominating shredders would be wise to turn up TS' success lessons to 11 and adapt the Sisters' badass wisdom to their own endeavors.

Need a quick fix of classic metal to get you stoked? Check out Rafe's mash-up of head banging anthems by Twisted Sister, Quiet Riot, Van Halen, and KISS (click on song #2).