A Data-Driven Reality Check for Your Marketing Budget

By Dimitri Maex and Paul B. Brown
September 20, 2012
Opinions expressed by Entrepreneur contributors are their own. 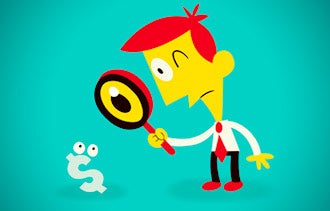 In their book Sexy Little Numbers (Ogilvy & Mather with Crown Business, a division of Random House Inc., 2012), Dimitri Maex and Paul B. Brown explain ways to use data analysis to help grow your business. In the edited excerpt below, they take a data-driven approach to explaining why it can make sense to increase marketing budgets during an economic downturn.

When economic insecurity grips the world, the first question marketers often ask is, "How much do I need to spend on marketing right now?" In truth, they usually put it more like this: "How much can I cut my marketing budget?!?"

There has been some analysis of this question, but most of the thinking is decades old. The most common approach to answering it was to compare the financial performance of companies that cut their advertising budgets during a recession to those who held their spending stable or even increased it. This methodology was first examined in the 1920s by Roland S. Vaile, and published in the Harvard Business Review in April 1927. Vaile compared companies that maintained their advertising spending during the 1923 recession to those that cut their budgets. He found that the biggest sales increases were recorded by companies that advertised the most. Vaile's research has been repeated during just about every recession ever since, and the results are always the same: Companies that cut their budgets during a recession performed worse during that recession and also in the subsequent years of recovery.

While the observations in all these studies are accurate, I often feel nervous about the recommendations derived from them. Most people claim the studies make a case for increasing investments during a recession to outmuscle weaker competitors and gain market share that can lead to a sustained advantage during the recovery and beyond. This implies causality, but none of the studies above delivers proof of this. Do companies that spend more during a recession perform better in the long run because they increased spending? Or are companies that perform well before, during, and after a recession better positioned to maintain or increase their spending during a recession? While some of the authors of these studies acknowledge these questions, none answered them.

Related: How Partnerships Can Help Extend Your Small Marketing Budget

I believe a more thorough approach is required to make the case for sustained marketing investment during tough economic times, especially if we want the arguments to stand up to the scrutiny of already skeptical chief executive and chief financial officers. Three things can help here:

1. Increasing use of econometric modeling
2. Taking a holistic view of the marketing plan, that is, a view that takes into account both media costs and media consumption habits during a recession
3. Determining the long-term effects of marketing and how they contribute to increased shareholder value

Let's deal with these points one at a time.

Increased use of econometric modeling. The most often quoted paper that uses econometric modeling to make a case for sustained investments throughout a recession is Paul Dyson's 2008 article "Cutting Adspend in Recession Delays Recovery" in a trade publication published by the World Advertising Research Center. The article uses econometric modeling to prove exactly what its title says. Specifically, Dyson showed that "the increased spend required during the recovery just to get back to pre-recession sales levels within a year will have to be around 60 per cent higher than the amount saved by cutting the ad budget in the first place." In other words, if I cut my ad budget by a dollar during the recession, I will need to spend an additional $1.60 to get back to even once it ends.

Taking a holistic view of the marketing plan. In determining whether (or by how much) to cut your marketing budget during a recession, you must take into account both media costs and media consumption. Costs are likely to fall during the recession, as radio and television stations, newspapers and magazines and Internet portals cut their prices to try to spur business.

There is also evidence that media consumption can change during a recession. People stay home and consume more media, which could increase the efficiency of media spending during tough times. Clearly an approach like this, which uses modeling and takes into account the specific context of the brand, the category, and the media landscape, is much more thorough and easier to defend than one-size-fits-all rules.

Determining the long-term effects of marketing and how they contribute to increased shareholder value. Budget cuts during a recession are often the result of a short-term view. Advertising rarely pays for itself -- let alone produces a profit -- during the short run. Yet study after study shows that it increases shareholder value. (I know that sounds like a commercial for my industry, but I analyze data for a living, and the data show it is true.) And research similar to Dyson's seems to show the converse is also true. Cutting ad budgets has an even greater (negative) effect over the long term. There is still a lot of work to be done to absolutely prove the case, and it should be done. The understanding of long-term effects of how much you spend on marketing is incredibly important, as it can impact shareholder value in the long term.

If you consider these three points, you may be well on your way to making shrewd marketing budget decisions, no matter what the economy throws at you.