A Top TripAdvisor Reviewer Talks About How Reviews Work, for Good and Bad

Businesses have started to feel at risk for becoming victims, but reviews also help customers in ways no one expected.

You know those people -- the Reddit-ors who possess an unimaginably high amount of karma, the Quora writers with thousands of answers to their name or, in the case of Mark Fisher, TripAdvisor reviewers with hundreds of articles under their byline. In fact, Fisher has over 110,000 readers of his TripAdvisor reviews, making him one of the top contributors on the site. 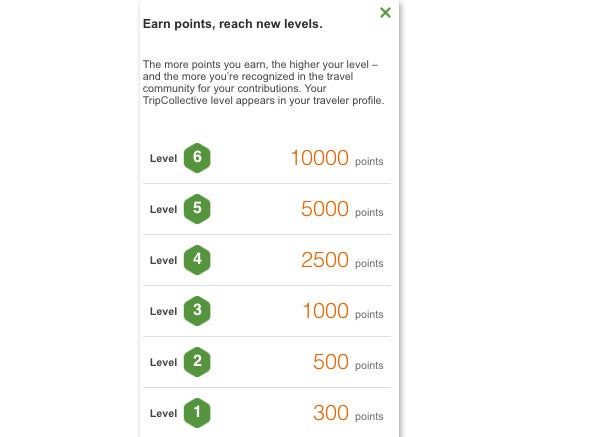 But before you stop to ask yourself how someone even has the time to travel and spend so much time writing reviews, let's go back to the beginning, when Fisher first discovered the site.

His humble beginnings as a TripAdvisor star reviewer began when he noticed how his wife Lori kept researching on the website to prepare for an upcoming trip. Curious, he asked what the site was, and in that moment, discovered the world of online reviews.

Now, remember that this was back in the days before review sites were commonplace, before every restaurant had Yelp signs on its windows and hilarious Amazon reviews had been elevated to an art form.

When Fisher discovered TripAdvisor, he had an epiphany. He had been working in marketing and advertising most of his career, and, he told me, it suddenly hit him: "The deer have guns.

"A hunter is normally the one that has the gun, and the deer are open prey," he explained in an interview. With TripAdvisor reviews, he saw for the first time how the system had been turned on its head.

Related: The Secret to Recovering From a Negative Customer Review

Indeed, reviews propelled us into a new era where suddenly customers had power. The flip side of this, especially when it comes to third-party sites like Yelp and TripAdvisor, is that a lot of businesses have started to feel that they are at risk of becoming victims.

And yet: Customer reviews are a powerful way to earn customer trust and valuable marketing fuel for brands. Other people's opinions about you have much more power, more authority and more authenticity than do the claims you make about yourself. Here, Fisher references an ancient saying, "Let another person praise you and not the words of your own lips."

What motivates a top TripAdvisor reviewer to write reviews?

To understand why people in general post reviews, there's no one better to talk to than an active reviewer like Fisher, who has taken the activity from a hobby to an obsession to an art form. So how did his first discovery of the site lead him to where he is today?

After Fisher and his wife returned from their trip to Europe, he asked if she was thinking about writing some reviews of their experience. "You're the writer; why don't you write them?'" he says she told him. "And from that point on, I got hooked."

Why TripAdvisor? Fisher posts on other review sites but sticks to TripAdvisor because, as he puts it, "We all need a focus." He elaborates, "Someone once told me if you chase two rabbits, you'll catch neither."

Further, he says he loves to tell a place's story. And for brands today that need to stand out in an ever-more crowded market, where customers demand not just products, but relationships with brands, a reviewer who tells their story is valuable free marketing.

As an example, Fisher recalls a Chilean restaurant he and his family visited in Delaware, where he asked the server what the restaurant's name, Pochi, meant. She said it was the owner's nickname. Fisher asked to meet Pochi, and as he listened to her story, says he realized there was much more to the restaurant than meets the eye.

"She took a huge risk opening the business, but it was her passion, and it really showed. I was touched and asked her to take a photo with us, which I then posted alongside her story on TripAdvisor."

At the time, he had no idea how much influence his reviews could have. A few months later, when he came back to the restaurant, Pochi, a.k.a. Patricia Millan, thanked him for his review, which had resulted in a flood of new business for her restaurant. "I realized at that point that my reviews had a real impact on this woman's livelihood," Mark says. "And that's just beyond powerful."

Of course, he allows that part of his motivation is ego. "I can't deny the fact that I appreciate it when someone recognizes my contribution," he explains.

How reviews and user-driven communities solve the disappointment gap

Our experiences are built entirely on expectations. And when those expectations don't match what we get in return, disappointment sets in. Brands should pay attention to the impact disappointment has on customer satisfaction: Research actually shows that the most commonly used negative word in reviews is "disappointment/disappointed."

In fact, according to a Yotpo study of 1.3 million reviews in the fashion ecommerce industry, "disappointment" was mentioned almost 20,000 times, while the next most common negative word --"bad" -- was mentioned only about 7,500 times.

Reviews feed into that same cycle of expectation and disappointment. Shoppers reading previous customers' reviews form an idea of what to expect. And, especially in the case of hotels and restaurants, experiences can be very subjective, which is where things get dangerous.

Sometimes, however, reviews can help brands in an unexpected way, by alleviating potential mismatches between expectations and reality.

Fisher describes a time he traveled to Costa Rica and needed to rent a car. By then, he had learned about TripAdvisor forums, where he could interact with other travelers. While researching rental car options, Fisher learned from a forum that rental car companies in Costa Rica were known to quote a price much lower than what customers actually end up paying. He was told to anticipate paying double what is quoted online.

"As a consumer, I was angry. But I had no choice. I booked my $120 economy car. And when we arrived, of course they tried to upsell me to a better car and slapped on tons of extra fees. I just rolled my eyes because I knew what was coming. I grudgingly paid the extra money -- and of course I was annoyed, but much less so than I would have been if I walked into that situation and thought it was only happening to me."

In this way, TripAdvisor's user-driven community helped tailor his expectations to what he would actually receive.

Fisher adds that reviews also create a sort of self-fulfilling prophecy: If you read that a place has great service and awesome desserts, you're likely to go into the experience expecting that and finding clues that fit into your idea of what to expect.

Besides negative reviews, one of the biggest issues businesses have is perceived or actual fake reviews. "When you're reading and writing reviews constantly, you get good at sniffing out those who are just backing a business out of self-interest or trying to promote themselves," Fisher says.

For those who aren't as active as he is in the reviews community, he explains a trick to suss out how reliable a reviewer is: The first thing he looks at when he reads a review, he says, is the author's average star rating and how many reviews he or she has written. "If they have only written a few reviews, I don't even pay attention," he explains.

Top contributors' reviews have more credibility, Fisher says, but -- if they're like him -- those reviewers also feel a heightened sense of responsibility.

"I'm in the top 1 percent, according to TripAdvisor," he says. "I kind of wear that as a badge, but it took a lot of work. So, if someone reads what I wrote, now, I feel responsible to be as accurate as possible. I try to be more objective and, if I have a negative experience, ask myself if it was really the place or, [if] maybe I was sick, or my expectations were unfair or I was having a bad day."

The future of reviews

When it comes to the future of reviews, Fisher thinks that review sites will become much smarter at predicting what a specific consumer wants and providing the right information at the right time. "Smarter" (digitally speaking), more personalized algorithms will give shoppers a quick summary of the exact information they want to see, in the medium they want to see it, Fisher predicts.

He envisions a world where review systems will be smart enough to predictively detect exactly what a certain consumer is looking for.

A budget traveler has much different needs than a luxury foodie, and review algorithms are going to need to know how to present the information that sells to the specific consumer, he says. "Today, there's so much more to sift through. Sometimes, my wife and I spend more time researching than we actually do on vacation -- and that's unacceptable.

"In the beginning," Fisher continues, "star ratings were created to provide an at-a-glance assessment of quality. Obviously, that's never going to work, because there're tons of different nuances for why someone rates something like this. In the future, review sites are going to have to work like a funnel, distilled down to a simple takeaway showing you exactly what you want to see."

And as for what he hopes to see happening in the future for reviews: Think simplification and personalization. "It's been said that if you give someone more than three choices, they choose nothing," Fisher explains. "Which is why, in order for reviews to continue to have their power in the future, they're going to need to keep up with the on-the-go consumer, who doesn't have time to search through all the muck.

Related: How to Respond to Bad Reviews to Build Customer Loyalty

Aimee Millwood
Aimee Millwood manages the Yotpo blog, where she writes about marketing, growth and engagement.