By Eric Siu
June 23, 2015
Opinions expressed by Entrepreneur contributors are their own. 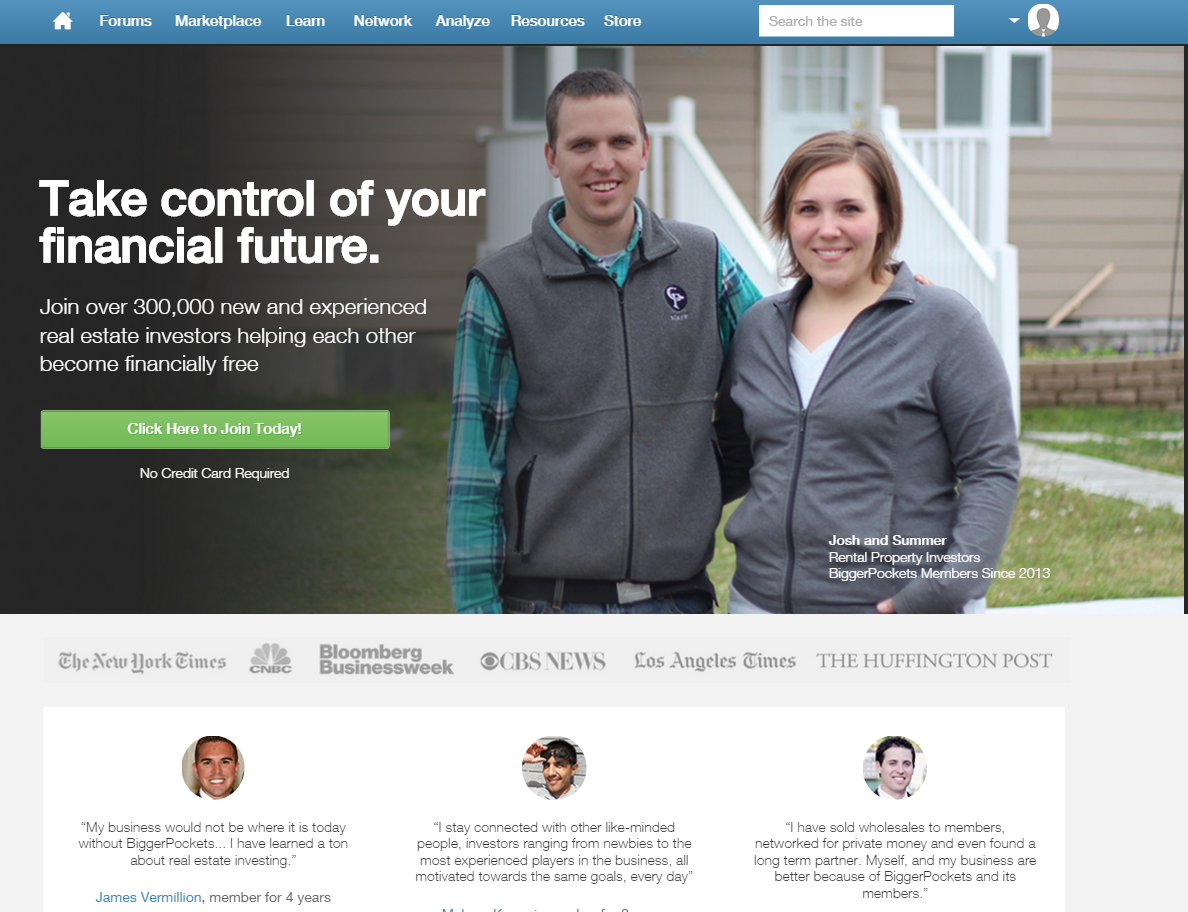 If Google's multiple failed attempts at building a social network that can compete with Facebook have shown us anything, it's that creating a thriving online community is anything but simple. After all, if Google, with all the company's resources and connections, can't pull off a successful upset, what hope do smaller community builders have?

It's a good thing that real estate investor Joshua Dorkin didn't let the past failures of other social network wannabes discourage him. After finding himself wishing for a site on real estate that wasn't full of scam artists pushing info products, he founded BiggerPockets, which currently boasts 256,000 active members.

Related: 6 Ways to Get a Fanatical Customer Base

Sure, that number doesn't even make a dent in Facebook's 1.44 billion users, but what makes Dorkin's community so special is its level of engagement. In the past 30 days alone, BiggerPockets has scored 783,000 unique visitors and roughly 5 million page views. His users average 1,600 to 2,000 new forum posts a day, while his podcast reaches an average of 41,500 listeners per episode.

If you ask me, that's pretty impressive for a small community!

If you're thinking about launching your own social network, there are a number of lessons you'll want to learn from Dorkin's example:

The social networks that become successful do so only after they reach a tipping point where users trust that the network is invested enough in them that they're willing to invest in the site. It's a tricky balance, and it's one that requires a ton of investment upfront.

Simply put, according to Dorkin, "Managing a community is hell."

When he first launched his site, Dorkin played the role of both active community participant and moderator. He often found himself posting questions in an effort to try and get the conversation going, only to find his posts filled with spam responses that required continuous moderation. While he was eventually able to attract enough engaged users, his early experiences were so negative that he encourages people to think carefully before undertaking a community-building effort.

I'd recommend the same. If your to-do list is already swamped to the point where any extra projects put a strain on your productivity, it might be best to hold off on launching a new forum or social network. Until you're confident that you have the time needed to guide a growing community through its earliest stages, stay away.

I feel like a broken record saying this so many times, but delivering high-value content really is one of the best ways to succeed online -- whether you're trying to build a community, sell a product or achieve some other type of goal.

First, he took a page out of Neil Patel's book and created an eight-chapter guide titled The Ultimate Beginner's Guide to Real Estate Investing to help give site visitors the practical knowledge needed to get started.

He also pounded the pavement to get sites such as The Huffington Post, Business Insider and Realtor.com to syndicate his content, helping web users with an interest in real estate investing to get connected with his brand.

Not only did these efforts contribute significantly to the growth of BiggerPockets, they led to the creation of the BiggerPockets publishing arm, which has three physical books out to date that have sold more than 30,000 copies.

A traditional publishing arm might not be in your future, but you can still use Dorkin's online content creation strategies to drive the growth of your own business.

When he first launched BiggerPockets, Dorkin was working as a high school teacher. Taking the demands of building the network, running the podcast and publishing high-value content together with working his day job, it's clear that Dorkin didn't get much sleep during his company's first few years.

Two years ago, though, Dorkin hit a breaking point. The demands of his site became too great for him to manage on his own, so he reached out to a consultant who helped him determine what was working, what wasn't and what kinds of employees he needed to add to his team. Today, Dorkin manages a staff of 12 and is currently looking to fill three positions to further expand BiggerPocket's ranks.

I see this a lot with the CEOs I work with. Most people who fall into this trap have been doing things on their own for so long that they really believe they're the only ones who can handle their company's needs. They're not, of course, but making the decision to expand and bring on a team can be incredibly difficult.

Don't fall into this trap. As your site grows, due to your own upfront investment and the quality content you create, expanding your team is the key component that'll help take your company to the next level.