Well before the 2014 FIFA World Cup kicked off last month, major companies were strategizing about how to capitalize on the soccer championship games. Event sponsor Coca-Cola prepared a full kit of sports-related and branded products. Adidas expects sales from its soccer division this year to exceed $2.7 billion. Other major apparel companies such as Puma and Nike and fashion designers Versace and Dolce and Gabbana also plunged into the World Cup arena with gear.

Startups can also enter this game. For example, New York-based fashion entrepreneurs Nana Poku and Kwaku Awuah, whose apparel and accessory company 54 Kingdoms uses culture and history in designs, took the World Cup as an opportunity to create sportswear for tournament-consumed fans.

The duo learned from its experience with 2010's South Africa World Cup that designing jerseys for individual countries leaves hyperpatriotic fans baffled at the notion of purchasing a shirt related to another nation. This dynamic dramatically reduced the fashion company's chances for sales and resulted in considerable unsold inventory.

The 54 Kingdoms founders learned from their mistakes and revised their plans. Using a process I call "thought design," the company created sporty fashion that promotes conversation and encourages fans to engage one another in "friendly matches" in the true spirit of sportsmanship. The company's new collection of fan wear features individual jerseys with only half of a graphic image. A customer must find a "friend" (another person with a jersey) and align the two shirts to view the complete graphic.

Changes in design, marketing and sales strategies from 2010 to this year have scored 54 Kingdoms a 64 percent increase in sales.

The following are ways other startup leaders can tailor products related to global sports events and minimize failure: 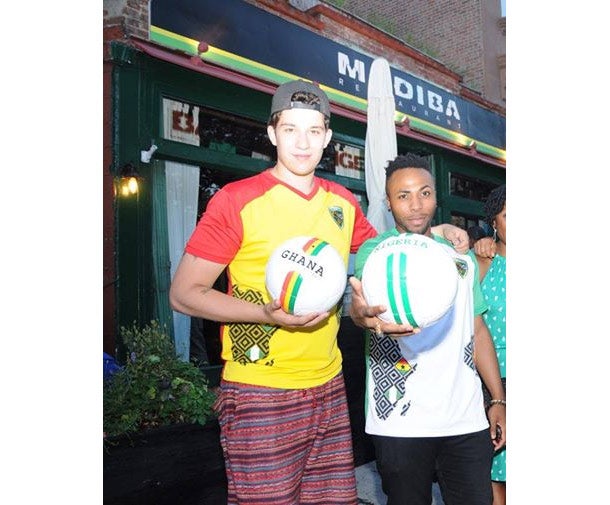 1. Do research and development. Entrepreneurs need to do their research and use it as a foundation for developing brand strategies.

For example, an entrepreneur pursuing a World Cup tie-in might benefit from knowing that in a recent ING survey of 8,000 people in 15 countries, Argentine and Russian fans led the pack in plans to spend on World Cup shirts, posters and hats, saying they planned to fork out about $65 on soccer swag. Americans said they would spend only about $16.

Sometimes the right data isn't easy to find or is costly to access. An entrepreneur interested in creating merchandise related to a major sports championship might find the event's organizer will provide resources such as statistics and survey results. That's what I learned from participating in an event planned by Richard Attias & Associates.

2. Perform sound marketing to encourage sales. The global soccer tournament prompted entrepreneurs to join the social media frenzy and attract potential consumers by enlisting hashtags such as #FIFAWorldCup #soccer, #brazil and #football. Creating engaging content with appropriate hashtags such as #teamAfrica #soccer, #brazil and #football for a social media boost for products related to the World Cup.

Social tags should be incorporated on packaging and advertising banners when promoting products linked to major sporting events. 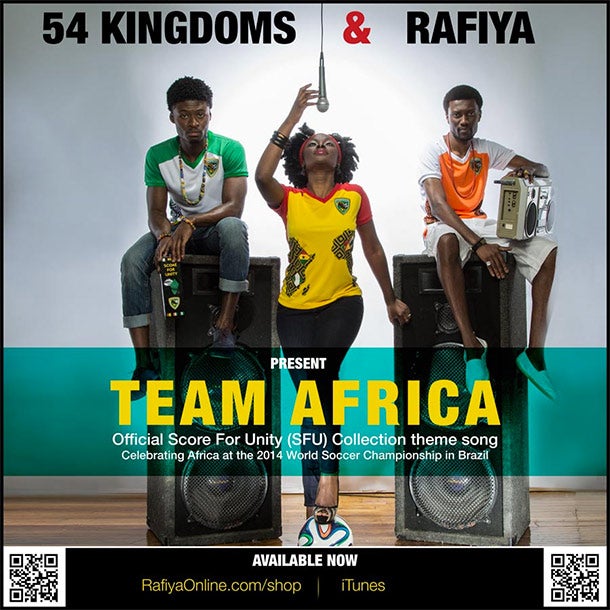 In a quest for publicity, 54 Kingdom also provided jersey buyers a free download of its collection theme song,"Team Africa," produced in partnership with Congolese-born singer Rafiya.

Fashionpreneur team of 54 Kingdoms could have focused on Internet sales or peddled folded T-shirts in polyethylene bags in Times Square. Instead the company offered its apparel in a unique black box accented with gold foil, with the text detailing the design's inspiration. The company sold jerseys at niche locations such as Brooklyn's South African restaurant Madiba.

Entrepreneurs can seek out four-star hotels, specialty restaurants or exclusive high-end bars to collaborate with. Or host trunk shows at such destinations.

3. Be prepared. Anything can happen at a global event. A startup's product could suddenly become unpopular and a company will have to quickly unload its products.

As my father, Tajudeen Disu, a Nigerian soccer player who competed in the 1983 World Cup, shared with young students interested in pursuing sports-related careers, "Sometimes fans become fixated and so absorbed by patriotism that when their team loses, it may lead to depression, And at that point getting fans to support any other team, in any shape or form, is impossible."

The market for fan gear could underperform in a particular country after its national team loses a match. A startup may not have funds to waste on unsold inventory. Try to create products that leverage two or more countries or teams in one design or create a product that is all inclusive. At the very least, if one team loses, there's still potential for sales.

Adiat Disu is an international publicist. She is founder of Africa Weekly Group and Adiat Disu Media, both part of Adiat Disu & Associates, a global strategic and consulting company. She was recently honored as a global woman champion by the Global Connections for Women Foundation.