'One Email From Whole Foods Launched My Entire Business,' Says the Co-Founder of a Gluten Free Frozen Food Brand

Former restaurateur Vanessa Phillips pursued her dream of reaching people in their homes with the founding of Feel Good Foods.

"I knew absolutely nothing about consumer packaged goods," she said. "Today, I think that it was really one of the best blessings in disguise, because if I knew a lot, I probably wouldn't have done it. I put our dumplings in a Ziploc bag, typed up how to reheat them on a piece of paper and put it in a box with dry ice. I went to Kinko's, printed a mock up of what the packaging would look like and sent it off to Whole Foods thinking that I would never hear back."

But Phillips, at the time a restaurateur in New York City, actually got a response. Whole Foods said they wanted frozen dumplings from her company, Feel Good Foods, in 27 of its stores within a couple of months.

"It was really that one email from Whole Foods that launched my entire business," she said.

Feel Good Foods products, all gluten free with top sellers including chicken potstickers and vegetable and chicken egg rolls, are now sold in 6,000 stores across the U.S. It has seen 75 percent year-over-year growth, possibly as part of the resurgence of frozen foods. According to the Specialty Food Association, the frozen food department was the fastest growing in specialty retail from 2016-18, with an increase of 16.3 percent. Feel Good Foods closed an undisclosed series B funding round with City Capital last May.

The Digest spoke with Phillips about how her company has evolved since its founding in 2011. 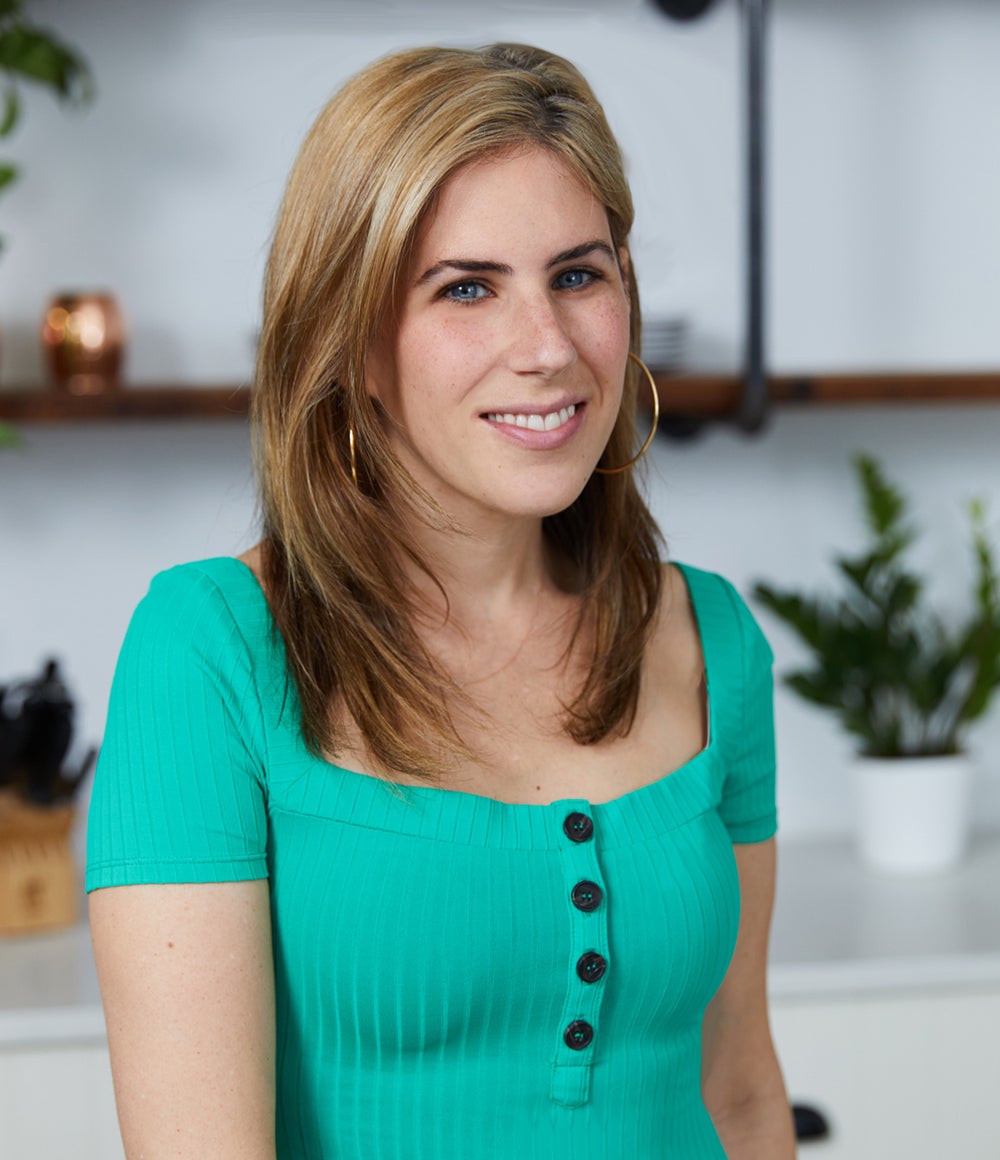 Prior to launching Feel Good Foods in 2011, my partner and I owned a restaurant together inside the Chelsea Market in Manhattan called Friedmans -- I'm still a partner in it, but my brother and father ended up opening seven more. We had a lot of the options on the menu available gluten free. The Chelsea Market is super touristy and has people coming from all over the world. People were saying, "Oh, I wish I had something like this where I live." It got me thinking on a larger scale, like how can I reach more people and have more household penetration and be able to serve our food outside a 33-seat restaurant.

There was always this personal dream of starting Feel Good Foods. I have celiac disease, so I can't eat gluten. I always wanted to come out with a gluten free brand that could reach many people and, in a very profound way, in their homes. But I never really thought that Feel Good Foods was going to take off. It was always just a side hobby that I would dream about.

Running a restaurant and running a CPG brand are completely different. What were some of the challenges that you encountered when you boxed up these restaurant items?

They're completely different. That was probably the biggest learning curve, that scaling up a CPG recipe is nothing like making something in a restaurant kitchen and serving it five minutes later to a customer sitting at a table. We had a recipe at our restaurant, but then we started looking for different co-packers who we could work with who would be able to actually scale this so that we could sell it at grocery stores. We were really lucky early on that we found a co-packer on the West Coast, a dumpling manufacturer, that was an early believer in us and willing to take a risk. They're still our manufacturer today and manufacture 80 percent of our SKUs [items].

How did you find them?

Same way I've found every co-packer, which is basically just Google and telephone and word of mouth. Our SKUs are really customized and very specific and require a lot of specific equipment. So finding co-packers was actually really challenging.

What can entrepreneurs learn from your experience of getting into Whole Foods?

People ask me all the time how to launch a food business today. I definitely think that, unfortunately, the landscape has changed in that it's gotten harder -- but that's not to dissuade anyone. The same advice I would give today is what I would have said to myself 10 years ago, which is just go for it. You might not hit it on the first try, but continue to knock down every single door and just don't stop until you eventually have somebody who says, "This is interesting. I'll try this."

With a gluten free brand, do you feel contained to a certain segment of the population? How much marketing do you do to people who don't identify as gluten free?

I talk a lot about gluten free, because I think it is relevant more to my founder story. The company's inception was around the fact that I was gluten free, and this brand was founded out of a personal need. The brand has evolved so much past that. Eating trends change, and the population of people who are buying your food evolve. Today gluten free is an attribute. A lot of our products are also dairy free and non GMO, and we're launching a line of cauliflower crust pizza bites, because veggie alternative crusts are really hot right now. We have a lot of SKUs that are soy free and in global and ethnic flavors.

Gluten free is in that pool, but it's not the most important compelling callout. In most of our retailer sets we're not in a gluten free door. We'll be next to conventional products, like at Target, we're next to Totino's Pizza Rolls. We give the consumer the opportunity to trade up.

What is the most unusual thing about working in this space?

Friends and family of mine who are not in the industry look at my job and think it's really peculiar because my favorite activity is going to the grocery store. I could be on vacation with my family, and the first thing I want to do is go to the closest grocery store. I could walk a grocery store for hours, and it's like putting a kid in a playground. It's just where all my juices are flowing and where I get inspired. I've been to probably 5,000 different grocery stores. It's my comfort zone.

This goes back to when I was a little kid. I really don't have any fear around making mistakes. That's not something that I feel shame about or that I get down on myself about. I make mistakes all the time, and it rolls right off my back. This is a grueling business and it's hard and you're told "no" a lot from people who are either looking to invest or buyers who are looking to take on your line. It can definitely take a good beating on your self-esteem. If you're going to get down on yourself for messing up or for having temporary setbacks or failures, it's going to be tough. I've been really fortunate in that I take all of the setbacks as ways to improve and learn.