Six Ideas for Immediate Job Creation: Will They Work?

By Carol Tice
September 5, 2011
Opinions expressed by Entrepreneur contributors are their own. 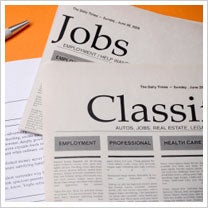 We don't have nearly enough of them. In preparation for Labor Day, government officials and business leaders alike were brainstorming about new ways to get what we really need: more jobs, and quick.

Here are six of the ideas for stimulating job growth being discussed right now:

Of course, a lot of these ideas are focused on bigger-picture changes rather than small ones that may deliver quicker results. Big programs tend to help big businesses, and then maybe those corporations or government agencies subcontract to some smaller businesses and the job creation trickles down to entrepreneurs. We'll see which of these ideas can get off the ground anyway, given the Democratic President/Republican House of Representatives divide.

What's your top idea for immediate job creation? Leave a comment and let us know.