By Carol Tice
November 11, 2011
Opinions expressed by Entrepreneur contributors are their own. 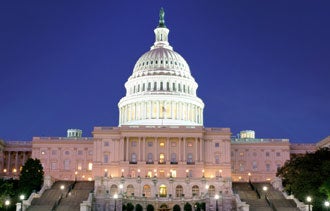 At last, something Democrats and Republicans agree on -- the 3 percent withholding tax on government contracting businesses was a bad idea. The Senate repealed 3 percent withholding yesterday, joining the House, and the White House has already said President Barack Obama will approve as well.

The repeal came with another piece of good news for both businesses and veterans, just in time for Veterans Day. An amendment known as the Vow to Hire Heroes Act of 2011 provides funds for more veteran education, and tax credits to businesses who hire unemployed vets. Hiring a veteran out of work at least a month brings a $2,400 tax credit, while hiring long-term-unemployed vets earns your business a $5,600 credit. Hire a veteran with a service-related disability, and the credit rises to $9,600.

The big question: Will these give-backs really spur hiring?

The 3 percent withholding provision was born as part of healthcare overhaul, a move intended to raise $11 billion in revenue to help pay for various reforms, as they roll out over the next decade. That money now stays in business's pockets, with the hope that they'll use it to bring on more workers.

Related: A Bright Forecast for a Solar Panel Installation Franchise

To make up for the revenue loss, rules were changed to count more Social Security benefits toward the income used to determine whether people are eligible for government healthcare. The change will disqualify more people for Medicaid and state insurance programs. Some politicians weren't thrilled with this solution, and the people it impacts won't be, either.

Three percent repeal affects a fairly select group of companies, many of them large -- those that do business with federal, state, and local government agencies. Will they use the windfall to grow their staffs, or just put it in their pockets? It remains to be seen.

Related: A Business Investment, from One Vet to Another

Personally, I have to wonder whether three percent withholding would have really saved the money promised. Likely, many government contractors would have just inflated their bids by that sum, to end up with the true amount they needed to perform their contract. It's possible a sort of illusory revenue source was eliminated. Which might make the hiring its removal could spur an illusion as well.

One thing is certain: The unemployment rate among our recently returned veterans -- 12.1 percent -- is a national disgrace. At the very least, this change, along with other recent efforts to aid veteran business owners, should help reverse that problem.

Will the 3 percent withholding repeal and the veteran tax credits stimulate hiring? Leave a comment and give us your reaction.

Related: What the Jobs Act Would Hold For Small Businesses