20 Years of Advocacy and Education

We explore the dynamics of bringing the first male employee into an all-female work environment. 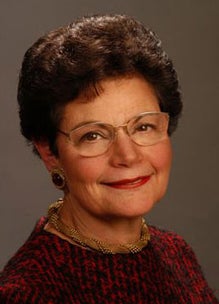 During her 20-year tenure as executive director of the Center for Women's Business Research, Sharon Hadary learned a great deal about women business owners, their impact on the economy and what successful business owners have in common.

CFWBR is a nonprofit research institute that provides information geared to advancing the economic, social and political impact of women business owners.

On the eve of her retirement from the center in December, Hadary reflected on the changes for women in business during her two-decade career.

"So much has changed in 20 years, and I'm proud we've had a role in making that change," Hadary says.

The Beginning
The center started in 1988, when a group of women business owners realized that the overall perception of women-owned businesses was that they were small, probably home based and not making very much money. "These women (the founders) were running large, growing, substantial businesses and realized that unless we had the same kind of hard economic data about women business owners that we had about other parts of the economy, they were never going to be taken seriously as an economic force," Hadary says.

So the group reactivated an existing but inactive nonprofit with the intent of getting hard economic data that would validate women as business owners and as contributors to the economy. They hired Hadary and settled down to work, announcing the results of their first major study in 1992.

In the interim, CWBR was busy raising money for the project, identifying databases that would allow the organization to project the numbers of women-owned businesses ("Remember," Hadary says, "No one had ever done this before."), finding an expert to help develop projection models, and then conducting the study itself. That study uncovered what Hadary says was a singularly powerful chunk of data--that women-owned businesses employed more people than the Fortune 500 did.

"People sat up and took notice," she says. (Now that the Fortune 500 has expanded beyond the industrial sector, that statistic no longer holds true, Hadary says.)

The data made a difference, according to Hadary. "By having that hard data," she says, "we were able to make the case that women-owned businesses in fact were an important part of the economy, and that the economy would flourish even more if there was investment in these businesses in terms of training, education, access to markets, access to networks, access to capital."

Changes Over 20 Years
The profile of women-owned businesses is changing, Hadary says. Women of color are starting businesses at a faster rate than any segment of the economy. And women business owners are more likely to be in nontraditional industries, such as construction, engineering and technical services, Hadary says. There's also been a surge of growth in larger businesses. The center's latest study reveals that 20 percent of businesses with sales above $1 million--among them many multimillion-dollar businesses--are owned by women.

Research methodology is changing, too. "Twenty years ago we did a mail-out survey and three postcard follow-ups, or you hired a company that would make telephone calls and get people to respond to the questionnaires over the phone."

Today, she says, organizations are using online panels to conduct research. The center has established its own online panel, to be used for what Hadary calls "just-in-time surveys."

Research will also focus less on women-owned businesses as a homogeneous group. "I think what we're going to see is a much more focused look at different segments of women-owned businesses in the next few years," Hadary says. The center has a huge amount of data that hasn't been released "because we were so busy looking at the big picture." She adds that plans call for the center to create products out of the data that are meaningful to corporations, financial institutions and policy-makers.

Hadary admits that she's both frustrated and motivated by the fact that the stereotype about women-owned businesses hasn't been dispelled. "The image of women-owned businesses is still that these are small businesses, that women need help figuring out how to run a business and that they are not major employers and are not making major contributions to the economy. There's still that perception on the part of many leaders in our society and in the business world."

How Do Men and Women Differ in Business?
"Everything I say is going to be a huge generalization," Hadary warns, while noting, "Men tend to be left-brain thinking, focused on facts, hierarchy and structure. Women tend to be right-brain focused, which involves values, intuition and relationship building.

"What I think is very interesting is that women business owners tend to be both. They're focused on values, relationships and intuition, but at the same time, they want the facts and they want information." That means some women may take longer to make decisions. "They're much more likely to want to consult with others. In general, women tend to focus on collaboration and integration, where men tend to focus on policies and procedures."

Hadary says neither method is bad or good: "I believe there are multiple styles of success."

Hadary believes that the center fails women business owners by not encouraging them to think big when it comes to their goals. "They start out thinking small and the problem is, if you think small, you stay small. If you don't put into place the processes and infrastructure to grow, you're going get to a million and you're going get stuck," she says.

Avoid Making Fatal Mistakes
Here is what Hadary advises women to think about before starting a business:

What differentiates your business? You have to determine how your business is different from what everyone else is doing, and who will pay for it.

Can you make a profit? The question is: Will people pay sufficient dollars to allow you to produce this with a profit that includes paying yourself? You can't produce a product that costs you $100 if people won't pay more than $50 for it.

Do your market research. You can get answers by doing informal surveys. Invite a small group of people to the house, Hadary suggests. Give them sandwiches and iced tea, show the product and talk to them about it. (Hadary suggests you have them sign nondisclosure agreements.) If this were available, would you pay $500? Would you pay $300? What about if you have to buy bags to refill it? How much would you pay for those bags? Or go to business shows, get a booth and have people come by to test a couple of products and answer questions.

Know whether your product is time-sensitive. Will you have to update and change it in a year or two to keep current with the market?

Characteristics of Successful Entrepreneurs
Hadary has a checklist of the traits successful entrepreneurs share:

That includes networking with your banker. This is the time when women business owners who've spent time building their networks with bankers and financial institutions are cashing in, Hadary says.