3 Tips for Leading Your Business During a Personal Crisis

Business lessons from a resilient entrepreneur who fought his way back from a brutal attack. 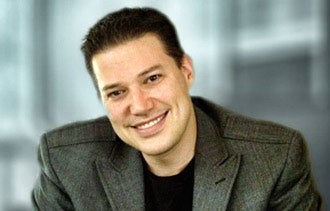 During a visit to Las Cruces, New Mexico last December, Joe Bushey and his fiancé were victims of a random violent attack. Bushey was hospitalized for a week to treat his injuries from being repeatedly beaten, including a leg broken in multiple places. His hip-to-toe cast left him unable to fly back to his Atlanta businesses, POS World, Inc., a value-added technology products reseller, and INTOUCH Interactive, a consulting and software development firm. His livelihood depended on maintaining them despite his injuries. But this wasn't the first time Bushey had beat the odds.

Bushey's team of 28 employees had already been tested once. After POS World's revenue fell 30 percent during the recession, the cost-conscious entrepreneur had already slashed costs, and employees agreed to a temporary 20 percent pay cut to avoid layoffs. By mid-2010, POS World was profitable again, allowing him to focus more time on INTOUCH, which he had launched just two years earlier.

This time, wheelchair-dependent Bushey set up shop in the New Mexico hotel room he had rented for his trip, staying connected to the Atlanta office through his laptop and iPhone. But he was able to restore his own health and reach some remarkable milestones in his businesses. This year, the combined businesses are projected to reach $20 million in combined revenue and POS World had its most profitable month on record in March. Through his challenges, Bushey learned and applied three lessons that helped lead his companies out of the crisis.

Guard your time. Because of his injuries, Bushey didn't have the strength to work long hours, so he limited his daily contact to his assistant and a few key managers. This reduced interruptions and allowed him to focus while strengthening the leadership skills of his managers. They needed to solve issues on their own if they couldn't reach him immediately.

Focus on what's most important. Without new business, he knew POS World and INTOUCH would fold. So, Bushey spent most of his time courting clients and closing deals. He also had to reassure worried vendors with whom he held seven-figure lines of credit. Bushey says his commitment to maintaining these relationships through the recession had built the good will he needed to keep their faith.

Don't give up. Doctors told him he wouldn't walk for a year. But one of his new clients, a NASCAR racing team, insisted he attend the Daytona 500 in February. Rather than accept limitations, Bushey hired a personal trainer and spent time each day building his strength. He beat the doctors' expectations, taking his first steps at that Daytona event on Valentine's Day, and he was walking without crutches by March 1.

Related: How to Maintain a Positive Attitude As a Business Owner

"[As an entrepreneur], there is an unspoken expectation for you to be superhuman. You can't be sick. You can't be hurt," he says. "That pressure is very challenging. You have to have good support inside and outside of your business."

Writer and Author, Specializing in Business and Finance