How I Raised a Family of Entrepreneurs

By Tim Berry
June 14, 2012
Opinions expressed by Entrepreneur contributors are their own. 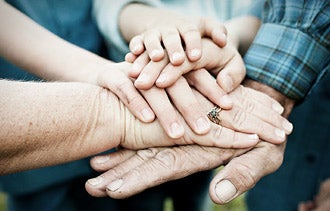 Ahead of Father's Day this year, I'm using this column to answer two questions people often ask me about having grown-up children with an entrepreneurial bent.

The first question: What did I do to create my situation? And the second: What would I recommend for others?

People ask me those questions because one of my daughters runs the software business I founded in Oregon, another has a social media startup, and their brother and another sister are immersed in their own startups in New York.

I didn't set out to create a family business or a startups family. I was in my 30s, married, with four young children. I had started a business-planning software business, but it never occurred to me that family members might someday join. I was just trying to make a living doing what interested me and finding people who would value my products and services.

But here's what happened. My kids, who once complained about having to assemble disks and labels on the occasional Saturday morning in the 1980s, ended up with college degrees, tech interests and initiative. They became involved in my company, their own startups or both. (If you're curious to learn more, you can check them out on Twitter: @teamreboot, @meganberry, @mommyceo and @eugenesocial. I'm @timberry.)

Regarding that first question about what my wife and I did or didn't do to create such an entrepreneurial family, I have to say it didn't happen on purpose or according to any plan. But when I look back, I see, in retrospect, two important factors.

1. There was no pushing. My wife and I never assumed, as we raised and educated our children, that we were pointing them in any particular direction. True, we did enlist them at crunch times to help with our software business. But there wasn't even the slightest hint that they were supposed to work in the family business at some point.

2. Education in our family was about learning, not preparation for a business career. All five have undergraduate degrees from prestigious schools and two have graduate degrees, but there isn't a business major or a master's in business administration among them. They chose their own colleges and studied what they wanted. They found technology and entrepreneurship later, when the time was right.

Regarding what I would recommend for others, I see both advantages and disadvantages in mixing business with family. In my case, the advantages won out, but that isn't always the case.

People often resist the idea of doing business with spouses, parents or children because relationships supposedly suffer. There can indeed be a tendency to mix business discussion with family interactions, and I've seen some of that in dealings with my wife and kids. There's also a tendency sometimes to fall into old patterns and habits, parent to child and child to parent. We try to avoid it, but it happens.

There are ways to mitigate most of these dangers, such as adopting a family business code of conduct or hiring a counselor. While we didn't always follow best practices, we usually tried.

Then there's nepotism, that ugly word that assumes family members in a family-run business are less competent than everybody else. But it's important to remember that there can be a very different side to the nepotism coin. I've been blessed with smart, interested, competent, hard-working and trustworthy family members who applied their talents and contributed mightily to the business.

This whole issue isn't simple, but for me, it's been great to do business with family members. I'm glad I did.