How the Founder of Squarespace Mastered the Tricky Role of CEO

By Laura Entis
June 22, 2015
Opinions expressed by Entrepreneur contributors are their own.

It's true for Ford, Facebook, Apple and Uber. It's also true for Squarespace, the website builder, blogging platform and hosting service for artists, designers and anyone who cares about aesthetics online. The company, which hosts millions of sites and has raised $78.5 million in venture capital, began in a college dorm room at the University of Maryland in 2003. Anthony Casalena, then a junior, wanted to build a personal website but was dissatisfied with the available options. Unlike most people – but like most entrepreneurs – his immediate impulse wasn't 'oh well,' but rather, 'I guess I'll do it myself.'

Happy with the results, he showed his homemade website off to a friend. "He was like, 'I'll give you $300 if you do that for me,'" Casalena recalls. "Which was ridiculous, because it wasn't a multi-user thing; he probably couldn't even figure out how to install it. But it got me thinking, like alright. This is something people have a hard time with."

He launched a primitive version of Squarespace soon thereafter and for the first three years did everything himself: the coding, marketing, ad words, infrastructure and customer services. While a baptism by fire can be useful – Casalena learned every element of the business because he had to – his lone-wolf approach proved untenable. After three years, he was suffering from panic attacks and found himself unable to make solid progress. It was time, finally, to bring on more people -- including a more seasoned CEO. Casalena hired Dane Atkinson to serve as Squarespace's chief executive in 2007, a position he held until 2011, when he left to start his own company. During those four years of rapid growth, Casalena stayed involved in the day-to-day operations. When Atkinson left, he felt ready to be CEO again.

Throughout Squarespace's progression from a one-man operation to a company that today employs more than 500 people, (with offices in New York City, Portland and Dublin) Casalena has remained actively involved in Squarespace's leadership. This isn't always the case, of course. As fledging companies mature into more established, stable versions of themselves, they have a tendency to shed the founders who brought them into existence.

It's a dynamic that has played out publicly again and again. Groupon's Andrew Mason, Twitter's Jack Dorsey and Etsy's Rob Kalin are just the tip of the iceberg when it comes to founders or co-founders who have walked away from the companies they started. When Zynga's founder Mark Pincus stepped down from all operations at the company in April 2014, he told Re/code that while "I think I give myself high marks being an entrepreneur and entrepreneuring a big idea about how popular social gaming could be…[I] do not give myself very high marks as a CEO of a large-scale company." (Pincus recently announced he is returning to the struggling company as CEO; TBD if he gets better marks this time around.)

Startup entrepreneurs, often feted for the singularity of vision, shockingly aren't always adept at delegation. The necessary skillset for starting a company can be misaligned with the skillset required to effectively manage its growth.

Casalena has grown Squarespace from a dorm-room operation to an international, multimillion-dollar business. He's never worked for anyone else, and yet he's somehow taught himself how to effectively manage hundreds of people. It hasn't always been easy, but by now, he thinks he has the general template down.

It all comes back to people.

As Squarespace has grown, this tenet has become increasingly vital for Casalena. While micromanaging is often the death of productive management, there are legitimate instances when Casalena says he needs to "get into the weeds and fix something." When a major problem arises, he's learned to trust his impulse to dive-in in and deal with it on a granular level. He's become better at what comes next, namely deciphering why a serious issue occurred in the first place and fixing the leak. Communicating his expectations quickly and efficiently – along with letting people go if it's clear they are not up for the demands of a position – is the best defense against looping mishaps. 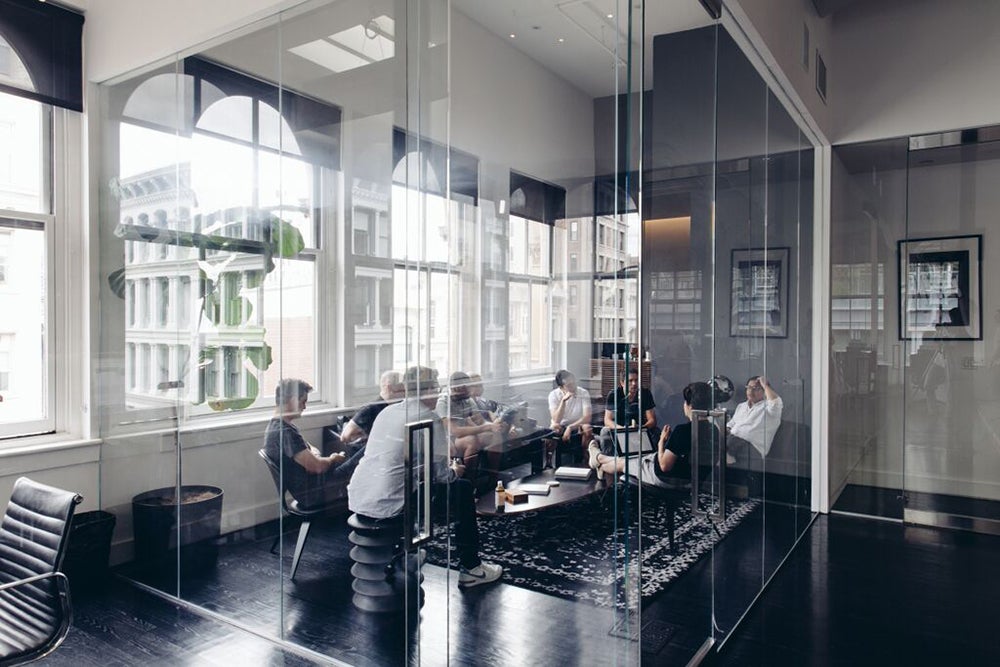 Early on, when the company was smaller, it was harder to cut underperforming employees loose, but Casalena feels he's better at identifying when someone is not a good organizational fit. A large part of this stems from assessing a candidate's ability to make smart decisions early on in the hiring process. Most employees are in charge of setting their own schedules. "If we hire someone and they don't have the judgement to know when they should reach out to other teams, or manage their time or all that stuff, it's a big nightmare when we check in with them in three weeks, and it's like: why would you think any of that is a good idea?"

Related: When Founders Leave the Companies They Started

As with any founder, as Squarespace has grown Casalena has had to transition to doing everything (literally everything) himself, to delegating tasks to other people. He's vague about how he makes the decisions on where his time is best spent, but in general, he tries to identify the tasks "that only I can do here." This typically means connecting individuals from various departments and answering questions about the company's big-picture strategy or long-term initiatives. "No one else in the organization who knows what customer care is doing, what marketing is doing, what acquisition is doing and can answer any question for people and give them context," he says.

In the end, communication takes up large swathes of his day. "At 500 people there is no same page," says Casalena. "You have to do a lot of work to communicate what we're going for, what good looks like, what bad looks like, what the values look like, have regular all hands send around company updates, make everyone feel a part of it and understand why their role is important to the company. It's not a default human thing to do all that communication, but you have to get up and do it."

It's easy to see why many founders – men and women with the intensity of focus and vision to bring to life a company from nothing – don't acclimate well to transitioning from days spent doing to days spent communicating.

Casalena clearly enjoys it, though. Instead of holing himself away in an executive corner office, he sits smack in the middle of Squarespace's New York City open floorplan, in a thicket of engineers. "I don't understand how you can have a creative culture and have me remain plugged into it if I'm this creature behind the curtain," he says. "It would be so weird."

It's an attitude that has likely kept him in the executive chair throughout Squarespace's progression from dorm-room startup to a major player in the web-building and web-hosting wars.

Correction: An earlier version of this article did not mention Dane Atkinson's involvement with the company. He was CEO from 2007 to 2011.