There are millions of books that can help you navigate the business world, but which are the best of the best?

That's what Julia Wittrock and Grant Hensel wanted to know as they prepared to graduate from Wheaton College this past May. Like many students, the two were about to start their first jobs: Wittrock as a strategic sourcing analyst at 3M in Minneapolis and Hensel as an analyst at Slalom Consulting in Chicago.

Three weeks before graduation, the two friends sent short letters to all of the CEOs on the Fortune 500 list, asking them for their favorite business book recommendations.

"The goal was: we're about to graduate, we're going into careers in business and we want to filter the vast collection of business knowledge that is encapsulated in business books. We wanted to distill it down into the most valuable pieces of information," said Hensel.

The letters were sent out Saturday, April 15, 2015; much to their surprise, the duo got their first reply the following Tuesday. Ultimately, they heard back from 150 CEOs -- through emails, calls and handwritten letters of their own -- who gave a total of 233 recommendations. Due to overlap in the replies, the final tally came to 146. 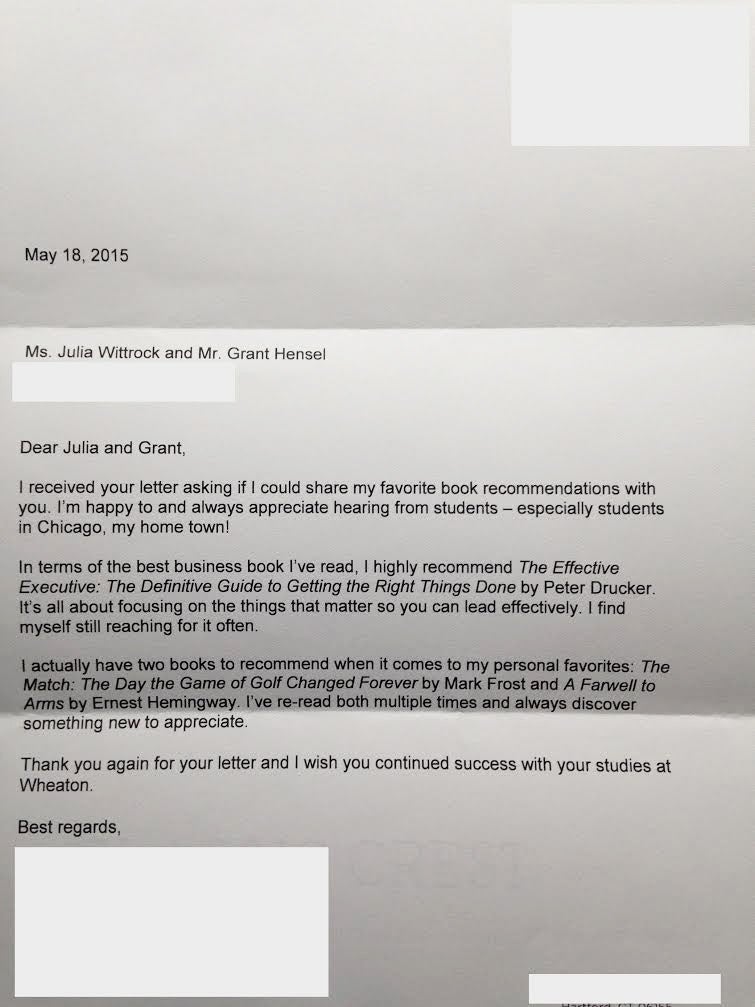 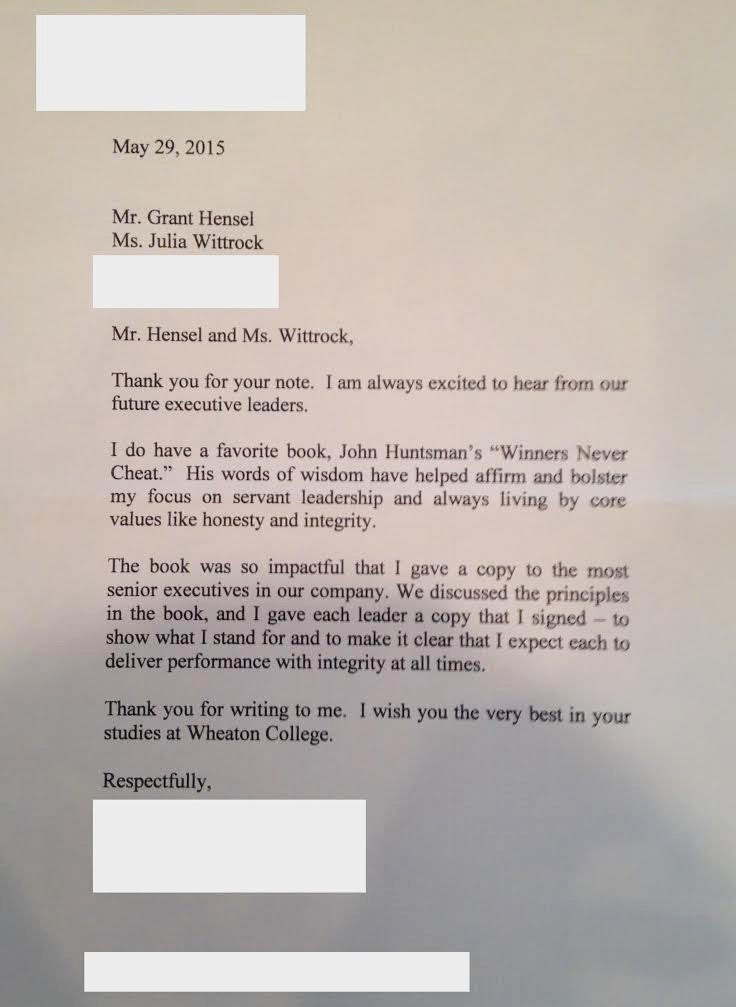 Related: 7 Ways to Excel at Asking for Advice From Experts

Wittrock says she and Hensel felt that the response showed how excited people at the top of their game in the business world are about investing in students. Today, the duo are releasing a self-published book about what they've learned called What the Fortune 500 Read: Summaries of the Books that Guide America's Elite CEOs.

The most recommended book of the bunch -- 35 times -- was Good to Great (HarperBusiness, 2001) by Jim Collins. Of the books they've read so far, Wittrock says the ones that have resonated with her most are Leadership Is an Art (Doubleday Business, 1989) by Max DePree and John Kotter's Leading Change (Harvard Business Review Press, 2012).

Hensel said he was surprised by how many biographies and histories made the list. He said he particularly enjoyed biographies of John D. Rockefeller and Abraham Lincoln, as well as The Effective Executive (HarperCollins, 1967) by Peter Drucker and The Outsiders (Viking Press, 1967) by William Thorndike.

Ultimately, Wittrock says the experience was all about getting some insight from the people they so admired. "If we were reading what they were reading, we could really learn from that." 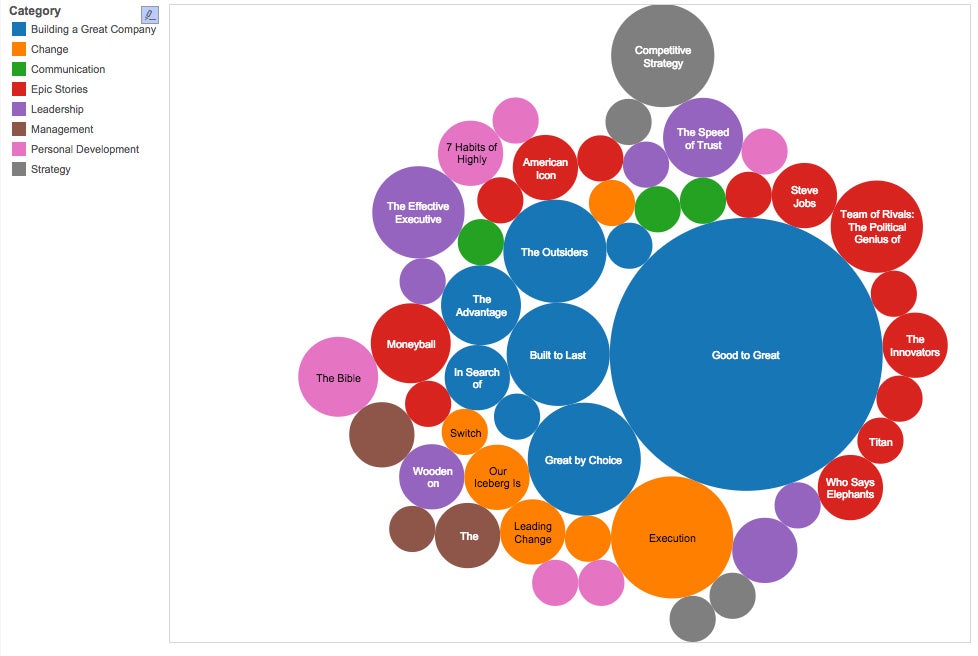 Related: Determining What Productivity Advice to Use