The voice-activated speaker failed to impress on my first pass. Here are some observations after giving it another go.

My voice-activated, Bluetooth-enabled Amazon Echo speaker sat for months and months on a shelf in my home office, unplugged and collecting dust. Despite how sad and lonely it looked, it had been banished there after a less-than-impressive initial test run.

When I purchased Echo in early 2015, I figured the internet-connected speaker would be perfect for answering all of my random questions about life. I was wrong.

All you have to do is say "Alexa" out loud to wake up the device (that's the name of Echo's voice service). You can ask Alexa to do any number of things and she will respond. Sounds easy, but Alexa seemed to make everything difficult. With its search powered by Microsoft Bing, its ability to find answers was limited compared to Google. Over and over, Alexa would say, "Sorry, I didn't understand the question I heard," or, "Sorry I couldn't find the answer to your question."

So lame. So frustrating.

Related: Amazon Is Preparing to Launch a Streaming Music Service

Fast forward to today, I decided to give Echo a second chance, figuring maybe it could serve different purposes. Here's what I learned:

You can ask Alexa to tell you the weather, give you sports scores, tell you the news (via a source like CNN or NPR, selected via the Alexa smartphone app), check your calendar and more. Admittedly, I prefer seeing my calendar meetings and appointments in chronological order on my phone or Pebble smartwatch. But Alexa manages the other aforementioned tasks just fine. For what it's worth, Alexa has become my exclusive source for weather reports.

The Echo can be used to automatically control a number of smart-home devices, such as those from Belkin WeMo and Philips Hue. This is big, as Echo can hypothetically become your voice-activated central hub for making your home more "smart." Unfortunately for me, Echo wasn't able to control my Piper security system or its Z-wave-enabled door/window sensors and smart light switches. 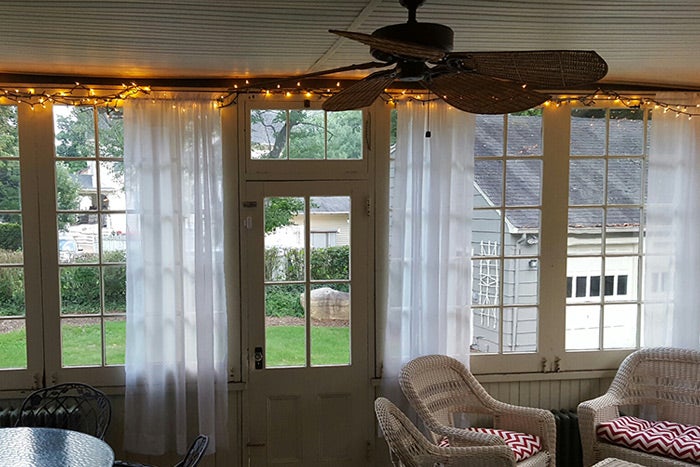 Update: Via IFTTT, Echo can control the Z-wave smart switch that powers the lights in my sunroom.
Image credit: Jason Fell
But, things have changed. Thanks to the power of IFTTT, Echo can indeed control the Piper unit itself (sadly not the accompanying Z-wave light switches, yet). All I have to do is speak a trigger phrase and, voila, Alexa says "Sending that to IFTTT," and my security system is magically armed. (Learn more about what IFTTT is and what it can do here.)
It's a useful, hands-free option for when I'm half asleep and heading upstairs to bed. Or when my hands are full and I'm leaving my house. Score one for Echo.


Buying stuff via Amazon is ridiculously easy and convenient.

Recently, I've spent lots of time buying stuff on Amazon (don't judge). Since Echo is Amazon's baby, you can use it to buy stuff from Amazon so long as you have Amazon Prime (which I do). However, a quick test of, "Alexa, let's buy paper towels," turned up only one option: Bounty. Amazon has deals with certain brands -- like Bounty and Tide -- so when people simply ask to buy something, that's what they get.

However, if you say, "Alexa, re-order paper towels," it will recognize that you last purchased, say, a pack of 24 Sparkle brand paper towel rolls. As long as you have Voice Purchasing enabled on your Alexa smartphone app, you're good to go. No need to go to the store for your usual stuff -- unless you're weird and really want to. 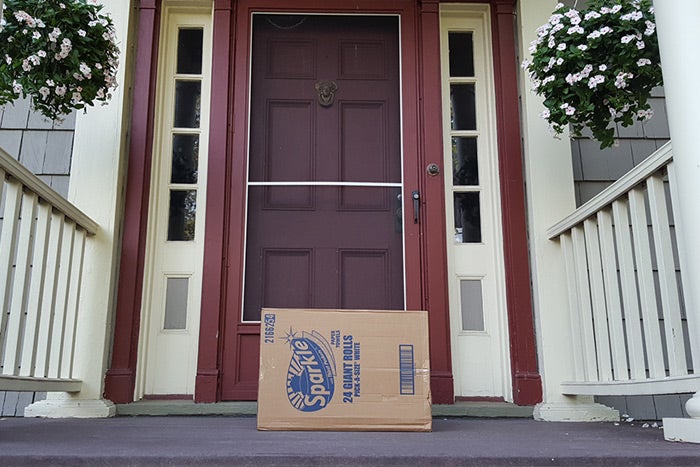 For all that's great there's also so much crap.

One option in the Alexa app is called "Skills." There are a ton of options in there that enable Alexa to do cool stuff, like control your smart-home devices, order a car from Uber or Lyft or even order a pizza from Domino's. Pretty great, right?

But there's more crap in there than good stuff. Why is anyone going to set up specific skills to allow Alexa to make fart noises or tell you facts about otters?

Conclusion: It's getting better.

Amazon's Echo is far from perfect. As Bluetooth speakers go, the sound quality won't blow you away. And, of course, it's still hampered by Bing, so don't expect Alexa to be able to find answers to many of your random questions.

But the future seems bright. As support for more devices and services increases, Echo could eventually become the voice-activated smart home hub of your dreams (or will it be Google?). Though, at $180, you might consider waiting for a better price when Echo is offered via Amazon's Daily Deals.

For now, I think I'll keep my Echo plugged in and see what happens.