By Kathleen Griffith
July 23, 2019
Opinions expressed by Entrepreneur contributors are their own.

I spoke with Rebecca Minkoff about her ability to pivot and launch The Female Founder Collective after fifteen years in the fashion industry. She shared her ambitions for the widely-acclaimed startup and her hopes that it helps consumers shop "female-founded' as a value. She also opened up about overcoming self-doubt, as well as the importance of creating space for herself by hiring competent staff in order to thrive as a wife and mother -- and to connect with new ideas.

"There's a kind way to go about it, but you have to lead with strength," she told me. It's this strength that has enabled her to make tough decisions and to stick it out through the highs and lows of scaling a business and launching new endeavors. 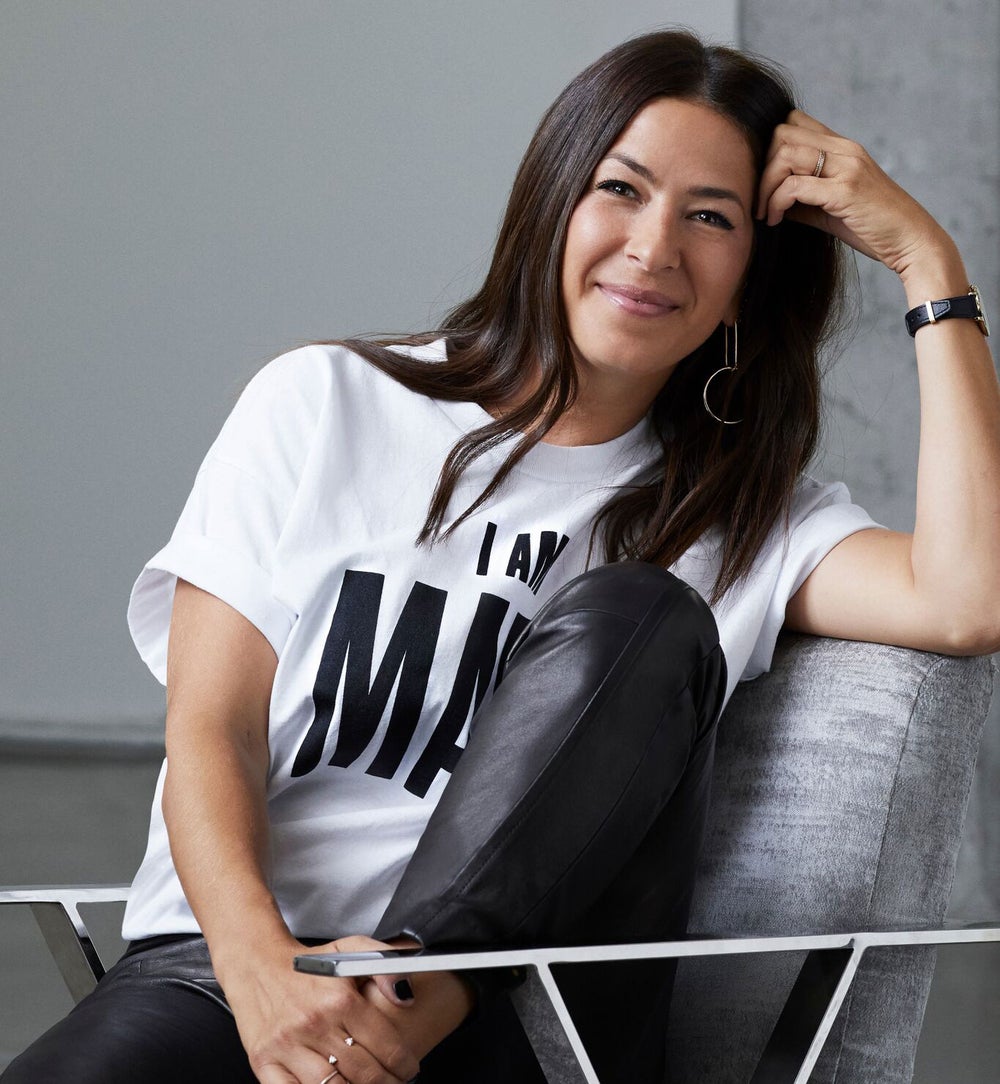 An industry leader in accessible luxury handbags, accessories, footwear and apparel, Rebecca Minkoff's playful and subtly edgy designs can be spotted around the world on young women and celebrities alike.

After developing an affinity for design while in the costume department in high school, Rebecca Minkoff moved to New York City at only 18 years old to pursue her dream of becoming a fashion designer. In 2001, Rebecca designed a version of the "I Love New York" t-shirt as part of a five-piece capsule collection, which appeared on The Tonight Show and became an overnight sensation.

In 2005, Rebecca designed her first handbag, which she soon dubbed the "Morning After Bag," a.k.a. the "M.A.B." This iconic bag ignited Rebecca's career as a handbag designer and inspired her edgy, feminine creations in the years to come. Rebecca's success was further enhanced by the support of her brother and the company's CEO and co-founder, Uri Minkoff, who helped usher in and pioneer the company's industry-leading social media efforts.

After four years of designing statement-making handbags and accessories with her trademark leathers, studs and hardware, Rebecca returned to her roots of apparel design and introduced her first ready-to-wear collection in 2009. Today, Rebecca Minkoff is a global brand with a wide range of apparel, handbags, footwear, jewelry and accessories (including tech) as well as men's accessories under the label Uri Minkoff. 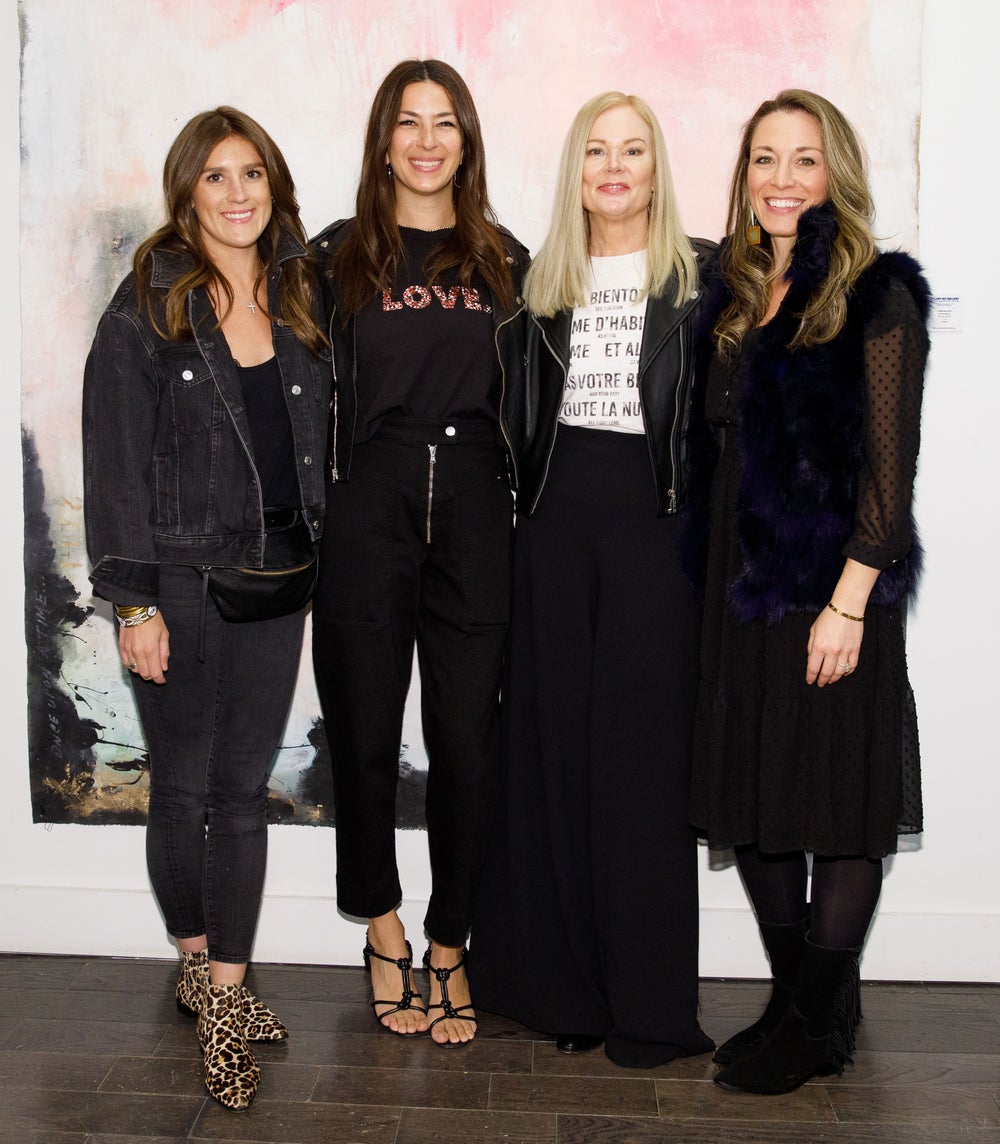 In September of 2018, she established the Female Founder Collective, a network of businesses led by women that invests in women's financial power across the socio-economic spectrum by enabling and empowering female-owned businesses. The Female Founder Collective is a network of businesses led by women, supporting women. The community of the collective will enable women to connect with other women in order to give vetted resources around capital, growing their business and operating more efficiently.

Are You a Social Media Addict? Here's 5 Unexpected Ways to Quit

Is social media the problem behind your lack of focus? Ben Angel discusses the effects of social media on the brain and our ability to focus.

Interview with World-Famous Chef and Philanthropist Robert Irvine of The Robert Irvine Brand Family about supporting others, embracing a military culture in business, and the essence of leadership.

How to Unlock Your Company's Value in the 'Circular Economy'

Michael Smith of Regeneration.VC shares how the circular economy works and why it's good for business and our planet.

Interview with famed pitmaster and food entrepreneur Rodney Scott of Rodney Scott's BBQ about every day being a good day, the truth behind "overnight" celebrity, and how cooking with soul is vital to sustained success.

3 Easy Ways To Be More Motivated

Want to tackle your to-do list in just two weeks? In this video, Ben Angel tells you how.

The Founder of Mindvalley Wants to Transform and Reinvent Education. Here's Why.

The founder of Mindvalley shares why he started his platform and discusses his new book, "The 6 Phase Meditation Method."

This Teacher-Turned-Entrepreneur Started Tutoring Kids in Parks and Churches. Today, She Runs an Education Company with Nearly One Million Followers

The CEO and founder of Big City Readers talk about why she's on a mission to make reading fun for kids and their parents. Plus, what to do if you're afraid to take a leap in your career.

Interview with Brewpoint Coffee CEO and Founder Melissa Villanueva about balancing community and larger ambitions, creating opportunities for people of color, and equity and inclusion in business.

4 Easy Ways to Make More Money By Training Your Brain

Mental rehearsal is a powerful psychological technique that's used by athletes, billionaires, and entrepreneurs to achieve their goals.

Media trainer Jessica Abo reveals her go-to production tips so you can feel more confident for your next on-air appearance, pitch, or presentation.

Here are six steps you can take to amplify your energy and grow your income.

The Founder and CEO of Scout's Agency shares why a "podcast tour" is the new PR strategy for thought-leaders.