By Bill Schulz
June 4, 2016
Opinions expressed by Entrepreneur contributors are their own.

Muhammad Ali didn't just float like a butterfly and sting like a bee, he also lost 3 and a half prime years of his career while fighting the draft as doggedly as he did Sonny Liston. He controversially converted to Islam at a time when most Americans didn't even know what that was (but they knew they didn't like it) and even raised the roof by way of talking a suicidal jumper off of one.

The man did a lot. With his fists and with his mouth. Born as Cassius Clay, his mesmerizing ability to fight with wars with his words could best be described as flow years before hip hop was even a thing. And his talent was so titanic that, well, Titanic up and plagiarized the self-described "king of the world". Hell, the real life super hero even negotiated the release of American hostages in Iraq!

"If they can make penicillin out of moldy bread, they can sure make something out of you."

"It isn't the mountains ahead to climb that wear you out; it's the pebble in your shoe." 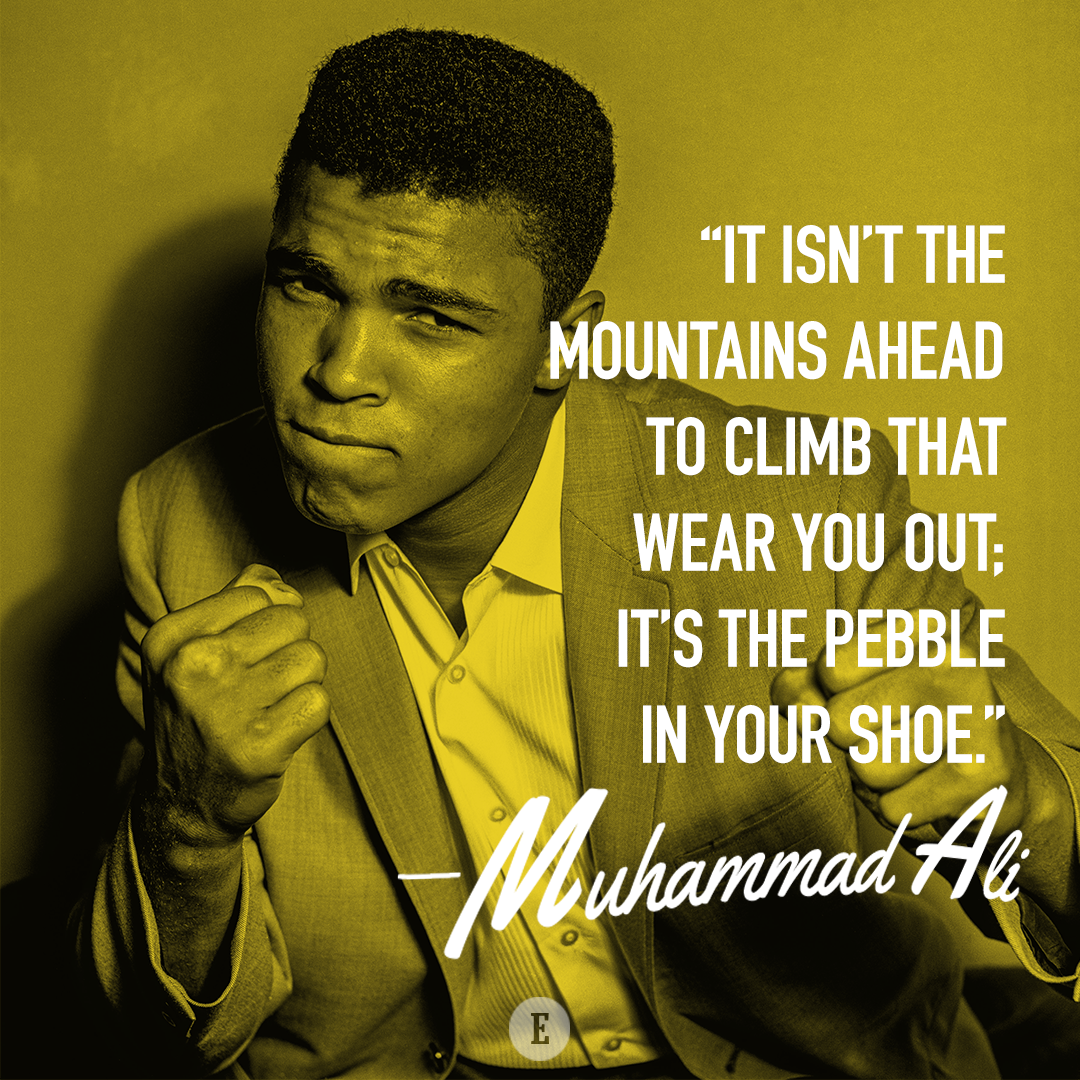 "If my mind can conceive it, and my heart can believe it—then I can achieve it."

"The Nation Of Islam taught that white people are devils. I don't believe that now; in fact, I never really believed that."

"At home I am a nice guy: but I don't want the world to know. Humble people, I've found, don't get very far."

"I've wrestled with alligators; I've tussled with a whale; I done handcuffed lightning; and throw thunder in jail."

"The will must be stronger than the skill."

"You kill my dog, you better hide your cat."

"If you even dream of beating me you'd better wake up and apologize."