Recognition Is an End, Not a Means

The CEO and president of HUYA Bioscience International lends an insider's view into her successful ascent to leadership. 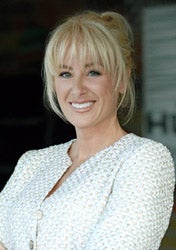 Mireille Gingras has a Ph.D. and two post-doctorate degrees in neuroscience. Active in the life sciences industry for 18 years, she founded HUYA Bioscience International four years ago after envisioning a business model that would leverage strong relationships in China to co-develop pharmaceuticals with researchers there.

Before founding the company, Gingras spent a year in China meeting with representatives and heads of government research institutions, biotechnology parks, incubators and pharmaceutical companies. "During that time," she says, "I developed strong and lasting relationships with some of the principal investigators and premier institutions that are now HUYA's co-development partners." HUYA is negotiating licenses for drugs with more than 25 Chinese institutions.

WomenEntrepreneur.com: What apprehensions did you have, if any, about getting into a typically male-dominated industry?

Gingras: At entry and middle-management levels, the life sciences industry offers women the same opportunities for advancement as men. It's only at the top levels of management that there may be more men. Fortunately, that seems to be changing, and there are many more women in top and C-level positions.

For me, I was able to tolerate a high level of risk and have always been a self-starter. I've been fortunate to be able to commit myself to building and growing my career.

I've always been very motivated and focused on dedicating myself to those things about which I'm passionate. This dedication allowed me to put an enormous amount of time and energy into something I believe in, and I developed an innovative business model in the biotechnology space bridging the gap between China and the U.S.

WomenEntrepreneur.com: In the years you've worked there, what has changed? Are you seeing more women climbing the ladder, and getting higher-paid and executive positions?

Gingras: As the industry evolves, it's moving in directions that play to women's strengths. First, the pharmaceutical business is becoming more global, and women are often better attuned to cultural differences. I believe that my company has contributed to this trend by breaking geographic and cultural barriers to drug development in China.

Second, the fragmentation of the industry has shifted the key factor for success from project selection--i.e., choice of technology--to project execution, which requires the ability to motivate and manage large teams of talented people. Women are typically comfortable working in the team setting, making them well-positioned to lead teams in senior management roles.

WomenEntrepreneur.com: How important is networking and women helping women in your field? Is that a common path to success?

Gingras: Networking is very important for success, but not necessarily women only networking with women. It's important to stay in touch with former colleagues and associates as one progresses through her career. Networking at industry meetings is one way to stay connected, as is joining specific organizations in one's field. One great example of a networking organization for women in San Diego is Athena.

Volunteering is another good way to make connections in the community. I have been a strong supporter of and advocate for the Foundation for Women, a nonprofit organization with the mission to eliminate global poverty through microcredit lending programs. The women involved in the organization exhibit a combination of impressive skills and generous hearts. I am proud to call myself a member of and contributor to the foundation.

WomenEntrepreneur.com: We've all heard of the good ol' boys club, but is there such a thing as a girls club in your industry?

Gingras: I think that women are on a level playing field with men, and I haven't heard of a girls' club. However, I know a group of driven, highly motivated and brilliant women with whom I network--maybe this could be equivalent to a 'new age' girls club?

WomenEntrepreneur.com: What are the strategies you've used to get what you needed, whether it was respect, acknowledgement for a project, a raise, or a promotion?

Gingras: I'm honest and straightforward. The French--I'm from Montreal--have a saying: "Not wearing white gloves," meaning not dancing around an issue that's facing you but confronting it head on. I'm always open and direct. Because of this, I've been able to successfully articulate my vision to others, including HUYA's employees and financial backers. I'm passionate about what I have created and have the ability to motivate and encourage trust and sharing among my employees.

Because of my passion and a team of dedicated and qualified professionals, in a short time HUYA has grown from a small company to a company with headquarters in San Diego and four offices in China. I'm pleased to direct the skills of a global staff and train my employees to work in many different cultures. Now, because HUYA works so closely with China, I've gained expertise in working with different cultures. I'm also learning to speak Chinese and am becoming familiar with their customs so I can better communicate with our Chinese partners. I encourage my colleagues to do the same.

However, the best way to ensure that one is recognized for her work is for her to perform. Recognition and increased responsibility are more likely to come the more one focuses on completing the task at hand efficiently and well, instead of working only to garner recognition.

WomenEntrepreneur.com: What advice do you wish you'd had when you first embarked on your career? What advice would you give to women struggling to succeed in their career?

Gingras: The biggest challenge to becoming a successful entrepreneur is maintaining balance between drive and patience. Entrepreneurs need to make things happen and are action-oriented. The drive and initiative to get things done vs. the need to be thoughtful and patient when challenges arise can be a struggle, so it's crucial to evaluate those times when one may be more beneficial than the other.

Also, make the job personal--a true entrepreneur doesn't think of her work as a career, but as a mission. With that level of commitment, success is highly probable. My advice based on my experience is to persevere.