By Purvi Thacker
September 11, 2012
Opinions expressed by Entrepreneur contributors are their own. 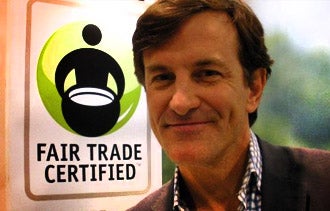 Editor's Note: Each year, we honor a top entrepreneur in our annual Entrepreneur contest. Meet the finalists in the running for Entrepreneur of 2012. Here, a look at Paul Rice, founder of Fair Trade USA.

"There is this invisible dividend in the fair trade world that you can't see, but you know it when you talk to a farmer," says Rice, who founded his Oakland, Calif.-based nonprofit in 1963. "It's hope, pride and dignity, because people are solving their own problems through fair trade."

Fair Trade USA works as a third-party certifier for fair-trade products and has helped improve conditions and empower the rights of agricultural farmers and laborers in emerging economies including areas in Africa, Asia and Latin America.

Rice always had an entrepreneurial eye. According to a recent Los Angeles Times article, "When he was 11, Rice shined shoes to make money. At age 12, he had a paper route. Two years later, he was mowing lawns, and by the time he was 16 he had so much business he hired a couple of kids to help out."

Rice started Fair Trade USA after spending 11 years working and living with the farmers in the mountainous Segovias region of Nicaragua. "The laws protecting the workers are very weak or they are not enforced," he explains. "So for much of the agricultural working population around the world, life is very hard and its not very safe."

By offering an opportunity for farmers to earn a livable wage, Fair Trade USA has helped them create community projects for clean drinking water, schools for children and improvements in women's health care. "Fair Trade is all about improving lives, but we don't do that through charity," he says. "There is no handout in the fair trade movement."

Should Paul Rice be Entrepreneur of 2012? Vote for him here.