Keith Belling's RightRice, made of lentils, chickpeas and peas, will be available today nationwide on Amazon and at Whole Foods stores.

Innovations that are seemingly simple usually have a lot of power. For Keith Belling, his first big hit came after he asked why chips couldn't come in a healthier, popped form. The result of that question, Popchips, became a hit snack under his leadership that is sold in more than 30,000 stores and has generated more than $100 million in revenue.

Today, Belling will launch his next product, RightRice, which also stemmed from a simple question: How do you make rice healthier?

"Most of the ideas that I've pursued in my career have come from solving a personal problem," Belling told Entrepreneur. "RightRice evolved from consuming too many carbs and empty calories, and eating less and less rice, one of my favorite foods. Both [Popchips and RightRice] inspired me to think deeply about the opportunity that existed and what was missing in the market." 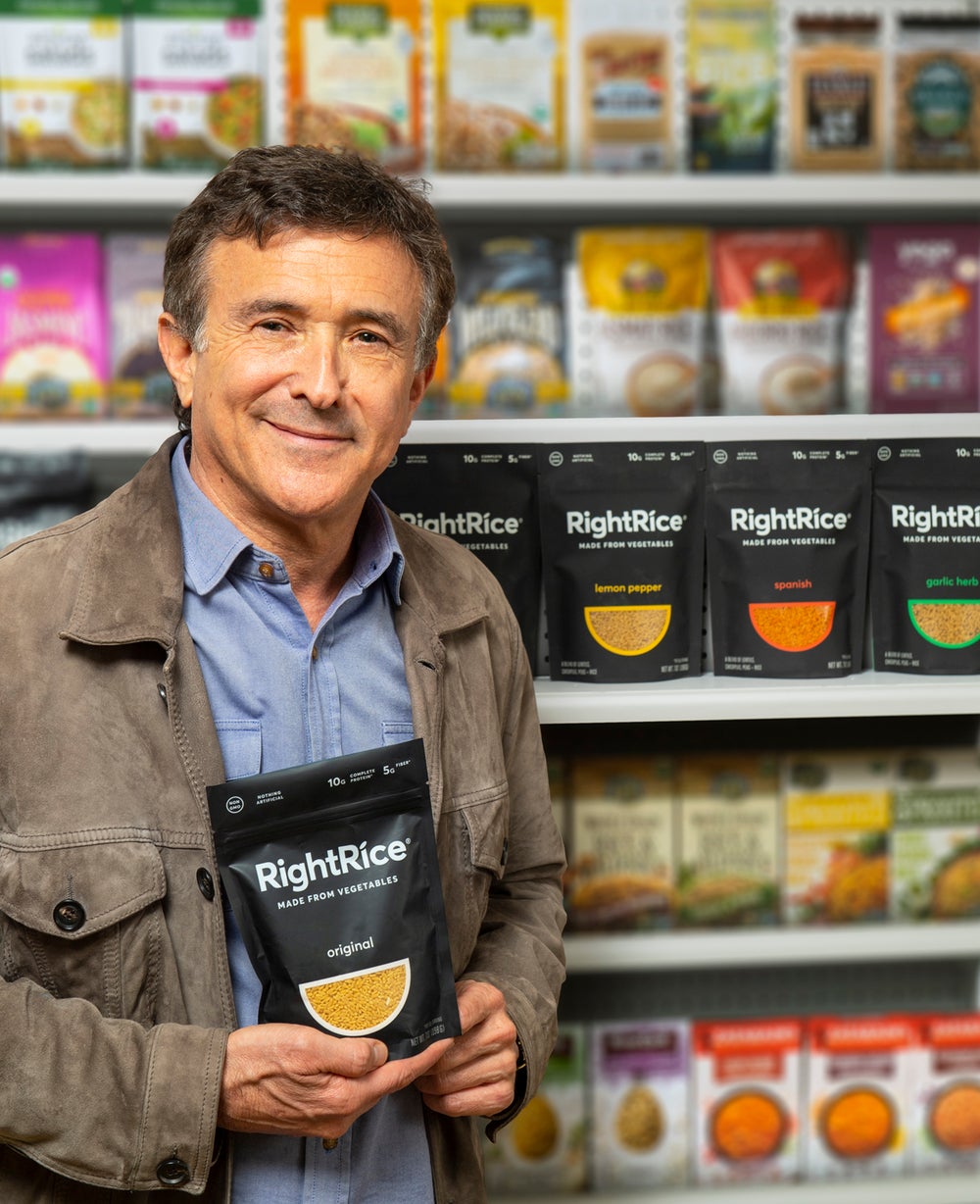 RightRice is available nationwide exclusively at Whole Foods stores as well as on Amazon in seven-ounce pouches at a suggested price of $3.99. Along with rice, the product is made from lentils, chickpeas and peas. Its four flavors are Original, Lemon Pepper, Spanish and Garlic Herb. Each serving contains 10 grams of protein and five grams of fiber and 40 percent fewer carbs than a bowl of white rice. The company says it cooks and absorbs flavors just like regular rice.

Rice is a popular staple food in many cuisines, and RightRice's premise of packing vegetable protein into the traditional carby food offers a good alternative to rice or substitutes such as cauliflower or quinoa and other grains. Several staffers of Entrepreneur tried out the Original and Lemon Pepper varieties of RightRice and came away impressed with the texture and flavor.

"As someone who's had a long love affair with carbs, I thought RightRice was a legitimately delicious substitute," said special projects director Patrick Carone.

RightRice will have some competition in the alternative rice space from Banza, maker of chickpea pasta. Banza Chickpea Rice will hit shelves nationwide on Feb. 19. The company says its "has three times the protein, double the fiber and 30 percent fewer net carbs than brown rice."

This story was updated on Feb. 18 with information on Banza Chickpea Rice.