This Family Business Is Literally Influential

By Daphne Mallory
June 19, 2015
Opinions expressed by Entrepreneur contributors are their own.

Coltrane Curtis is a former VJ - video jockey - for MTV. He interviewed celebrities on red carpets at events like the MTV Movie Awards, Video Music Awards, and Total Request Awards. He and his wife, Lisa Chu, run a family business called Team Epiphany. Lisa's cousin, Valerie Chiam, handles all new business for the company. It's an event production, public relations and social media agency with offices in New York City and Portland, Oregon. 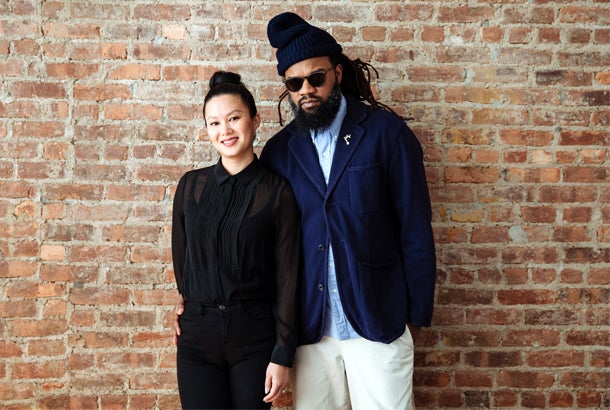 Coltrane and Lisa have built their entire company around influence. They help companies access and activate influencers, their networks and communities. They believe influence levels the playing field for all of us better than branding or even celebrity endorsements.

According to Coltrane, "Influence is what provides visibility about a brand in a particular space or time, that can then drive purchase or awareness around a person, product or place. [By creating influence] we can create energy that drives to sales, quicker, more organic and more sustainable than general advertising or public relations."

In a world where messages and personalities across multiple platforms compete for attention, influence is a winning strategy.

"If we're able to communicate through and with people their communities respect, then we have a fighting shot to get our message through in an organic way. Every challenge has a different set of influencers and we help brands custom carry those communities that relate to their business." says Coltrane.

Related: A Startup's Guide to Micro-influencers

Coltrane prefers to be known as an influencer rather than a celebrity. "I'd rather have a community of 10 influencers than one big celebrity. Very few celebrities are actually influencers," Coltrane explained.

The difference is engagement. Influencers have high engagement from their audience. Celebrities have a bigger reach, but often little engagement. Entrepreneurs who want to promote their ideas, products or services should seek engagement through the influencers.

That's not to say that you should never use celebrities. Coltrane explained it this way, "If celebrity is within arms reach and it's very organic, and those are the circles you play in, then activate that. For us, influence is what we are close to. You have to have connection to celebrity."

Related: How This Digital Agency Is Cashing In on a New Kind of Celebrity Endorsement

If you were to visit the New York office, you would find "Family Business" graffitied on the main wall, done by the graffiti artist Faust. It's the credo that applies to both family and non-family members.

"We consider everyone here family. Most of the team has been with me from the beginning," Coltrane explained.

His father, John Curtis, ran his own marketing agency for over 25 years. He brought Coltrane to celebrity events when he was growing up and exposed him to the business. It wasn't until he left MTV that Coltrane pursued his own path in the industry his father had exposed him to at an early age.

Coltrane shared, "The environment that I've created feels familiar to me, as it was passed on to me by my father. Knowing I'll have something to pass on to Ellington [his son] that came from my father means everything to me."

Maintaining the right culture has been key to managing growth. He shared, "We have a uniquely tight-knit office culture and dynamic that makes us a true family business. We can be honest and open without any of the office politics you'd encounter at traditional agencies."

Lisa is a managing partner who knows how to produce events. Her background includes producing events for Sean Combs, "Puff Daddy," that made him well-known for his parties around the world.

Coltrane confessed that Lisa was not his first hire, or even his second. He hired Lisa, his girlfriend at the time, after he offered to produce an event for a client. He knew how to throw a party, but not events. Her skills became critical to Coltrane, and formed the core of what it takes to serve their Fortune 500 clients and grow the agency.

Some family business owners make their family the brand. Coltrane disagrees with this approach.

He offers these final words of advice: "Pick a lane and get exceptional at it. We were probably the first agency to really get behind influence as a business model."

The company has grown from a one-man shop to a team of more than 70 people.