When Everyone Told Me I Was Going in the Wrong Direction, I Kept Going

Author, lecturer and entrepreneur Stephen Costello on the power of going your own way.

On occasion, I will head to the famous Jacqueline Kennedy Onassis Reservoir in Central Park for a jog or walk.

Now, every man, woman and child who has ever visited the reservoir knows that you're supposed to go around it in a counterclockwise direction. It's been like that as long as I can remember.

So a while back, I was at the reservoir jogging in the usual direction when I was stopped by a guy in a yellow NYC Parks vest. A tree had fallen on the jogging path, and so he tells me to turn around and go in the other direction.
I do what I'm told, no problem, but after about an eighth of a mile, all hell broke loose because I'm going in the opposite direction of everyone else.

People with headphones are pointing and flashing me angry facial expressions.

Finally, a guy stops to teach me the history of the reservoir, and explain how I am putting the world in danger.

My dad would have punched him in the mouth and threw him in the water. I simply explained that a big tree had fallen and it was really he who was heading in the wrong direction. I told him in another quarter mile he would be going the other way, too, unless he could leap over a downed seventy-foot maple tree.

The man was defeated. He looked at the ground and sheepishly said, "Sorry."

OK, so now you are at the point where you're supposed to say, "I get it, but what does this all mean?"

I had been working on a book -- let's call it the book about myself -- for years. I spent night after night with just me, my thoughts and my computer.

Finally, it was my mom who asked, "What are you writing about?"

"Stephen, I know you are a talented writer," my mom said, "but I don't think anybody will want to buy a book about your life. O'Reilly always writes about presidents and the lines for his books are a mile long."

(My mom is as passionate about Bill O'Reilly as you can ever imagine. She never misses an episode of his show and quotes him every few minutes.)

My mom knows my life as well as anyone, so I have to admit that she made me stop and think that maybe I was going in the wrong direction. Maybe I was wasting my time. Doubt was placed.

A month or two later my wife and I caught bit of The Shining while channel surfing. Hoping my book wasn't going to lead to me running around the house with an ax, she asked, "What's your book about?"

To which she replied, "Your life? Are people going to want to read about your life?"

Six months later I was invited to the annual East Hampton Authors Night.

Related: 25 Powerful Quotes Entrepreneurs Can Use to Motivate and Inspire

Yes, just me and 92 of the greatest authors in the world. Pulitzer Prize winners, New York Times Best-Sellers, famous people -- they were all there. When my mom asked how it went, I told her, "Bill O'Reilly asked for a signed copy of my book."

I think she fainted. 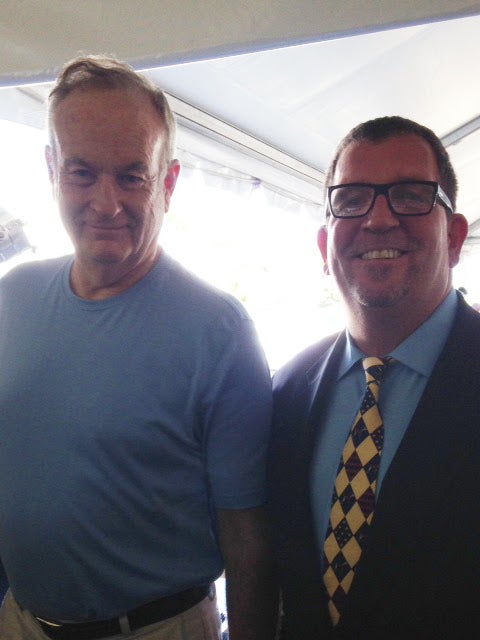 Stephen Costello is a national best-selling author, lecturer and entrepreneur. His memoir My Father Never Took Me to a Baseball Game landed as the number one biography on Amazon.com. Costello has recently lectured at the New York Stock Exchange, Columbia University, The Gabelli School of Business, Sacred Heart University, Hofstra University, Iona University and Monroe College. Stephen has also appeared as an industry expert on CNN, Fox Business, Fox, ESPN, The Discovery Channel and The Wall Street Journal.