Required Masks, 'Peace of Mind Commitments' and Temperature Checks: What to Expect When Traveling This Summer

Four hospitality industry veterans discuss how hotels can successfully reopen and what to expect if you plan to travel this summer or fall.

Given the events of the past several months, chances are good you know someone who's cancelled a summer trip to a far-flung locale and traded it for an RV adventure (just look at country singer Miranda Lambert). Or maybe you're going on a road trip to visit family or camping at a state park or simply doing a staycation.

After months of stress and economic uncertainty, Americans still want a semblance of normal from their summer, and that means many are trying to figure out a way to travel safely. Since March the U.S. Travel Association and MMGY Travel Intelligence have been conducting surveys on how Americans feel about travel, and though the majority don't plan to travel in the next six months for business or leisure, 40 percent do plan to, according to MMGY's June report. Sixty-seven of those travelers plan to do so by car, more than double the number who plan to fly. And those who do fly say they feel safer doing so domestically.

According to the survey Americans have gotten progressively more confident about overnight leisure travel since March, and this increase, of course, coincides with many hotels and restaurants reopening for the first time in months.

Related: Selling Cruises During a Lockdown? Here's How One Travel Agent Does It.

If you do travel this summer, what will it look like, and what are properties doing to prepare for guests? Entrepreneur talked to four hospitality industry experts to learn what travelers should expect.

The great American road trip is coming back

Located on the Eastern Shore of Maryland in a small town called St. Michael's, the Inn at Perry Cabin has long been a destination for city dwellers from Washington, D.C., Baltimore, Philadelphia and even New York. (The picturesque waterfront inn was the filming location for the wedding in Wedding Crashers.) 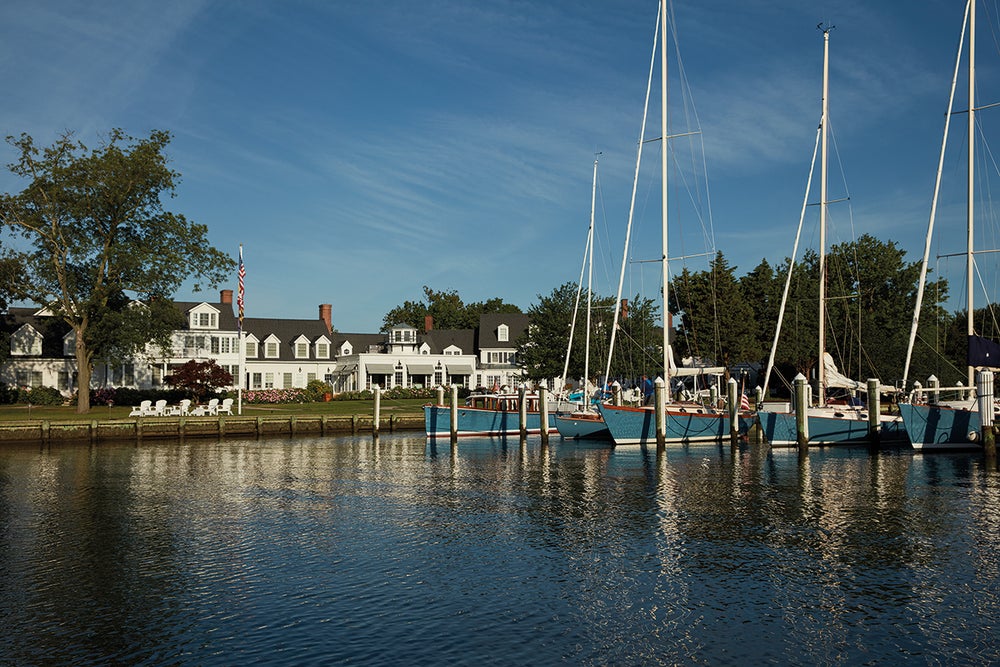 After furloughing most of its staff in March so that they could claim unemployment benefits, Inn at Perry Cabin managing director Michael Hoffmann says he looked to properties in Asia and Europe that had been hit harder to try to figure out a way forward. "We scanned the horizon and said, okay, so what is this? How does it work, and how do you figure out how you navigate reefs and shallows as you sail to the next chapter in the business?" Hoffmann says. "What we realized very quickly is there was nothing firm that you could rely on. There were a lot of gray areas and a lot more questions than there were answers."

The hotel shut down completely then slowly began doing small things — offering takeout from its restaurants and selling boxes with at-home spa kits, for example. In early June, it reopened 40 of its 78 rooms Thursday through Monday, and by mid-June it upped that capacity to 60 rooms per weekend. Face masks are required inside any of the buildings, but the hotel has only lost one guest over that rule.

Since it opened, Hoffmann says 96 percent of the guests have come from within four-and-a-half hours — Connecticut to the Carolinas — and 99 percent have driven in. By mid-June, Hoffmann said he was turning business away. "I'm doing so reluctantly, but I'm also sending a very clear message that we are here not only to make money, but also to make sure that we are safe."

Related: Airbnb CEO: It Took Us 12 Years to Build, and We Lost Almost Everything in 6 Weeks

"Second-tier" cities could surge in popularity among travelers

When you're driving, smaller cities that are a short car ride away suddenly become infinitely more appealing than far-flung metropolises or beach towns. It's something Kevin Robinson and Mario Tricoci started thinking about when they worked on a hotel project in Chicago more than a decade ago and would drive to nearby cities for business or kids' sports tournaments. Finding the independent hotel options lacking, they founded Aparium Hotels to manage and develop hyper-local boutique properties in so-called "second-tier" cities like Minneapolis, Detroit and Kansas City. 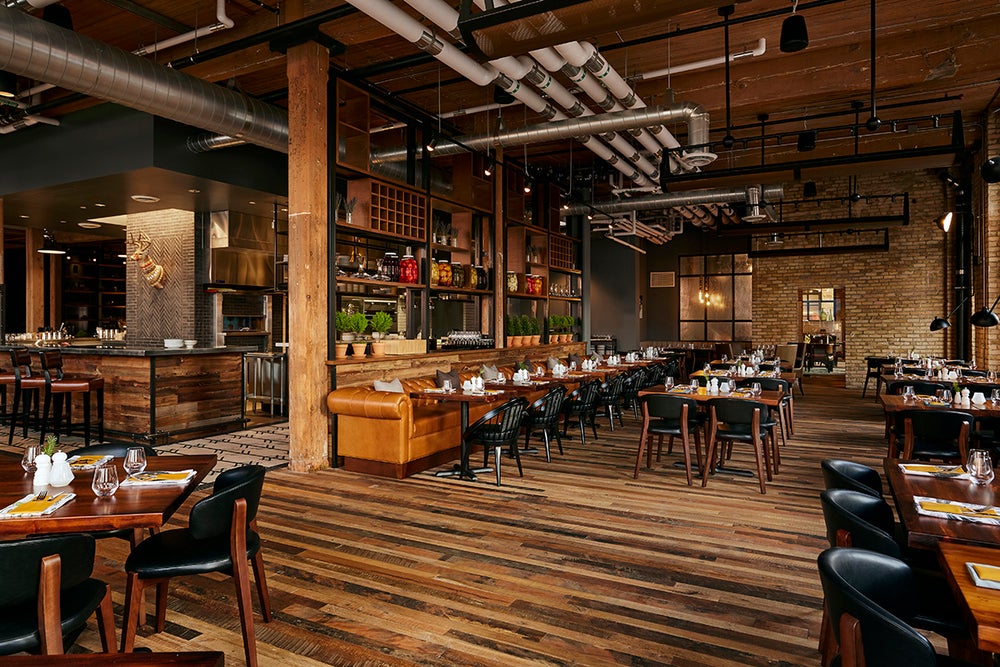 "When Mario and I started the company, people gave us a hard time. "Didn't you know Detroit just declared bankruptcy?' "Minneapolis? Don't you know it freezes up there in the wintertime?' And we don't really hear much anymore. These markets are being celebrated more often," Robinson says.

They spend months scouting independent coffee shops, breweries, local farmers and mom-and-pop stores in each of those markets to source products from before opening, which will become even more important as they slowly reopen their existing properties and open new ones throughout the rest of the year. "We're making efforts to celebrate the entrepreneurs, especially in a time like this," Tricoci says. "As a result of the pandemic, a lot of small businesses aren't going to come back, and for us to be a little bit of a platform in every one of these markets to celebrate these small businesses and farmers is important. We're already reaching out to ensure they know "Hey, we're coming back.'"

Related: 7 Entrepreneurs Who Built Businesses Off Their Love of Travel

Laguna Beach, California-based Montage Hotels, which operates hotels and residences across the U.S. and in Mexico, is slowly reopening its properties as states roll back restrictions on business operations. It opened Palmetto Bluff in South Carolina in early June, then slowly opened the doors in Los Cabos, Laguna Beach and Deer Valley over the course of the month. Its Kapalua Bay on Maui won't reopen until Hawaii lifts its visitor restrictions. 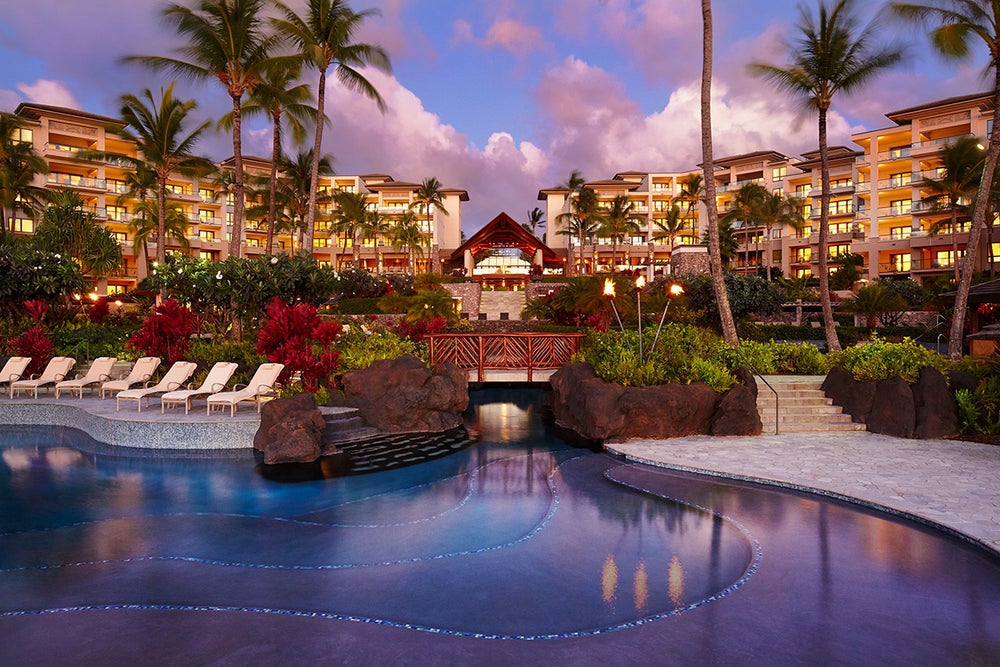 President and COO Jason Herthel has been pleasantly surprised by the number of leisure travelers making reservations, though, especially in its easy-to-drive-to properties like Palmetto Bluff and Deer Valley. An increased number of travelers are booking suites and villas that don't require them to go through a main building. "Our customers are living through this period of time where their ability to travel, be with their loved ones and celebrate milestone events, whether it's a wedding or an anniversary, has been taken away from them," he says. "My initial sense, based on conversations I've had with guests and our team, is that our customer is saying "I may have previously taken my abilities to travel for granted, and this episode underscores for me how much I value it. So I'm going to travel, because I realize how precious it is and want to celebrate life.'"

Right now, every person who makes a reservation at a Montage property has to review what it's calling a "peace of mind commitment," which breaks down the safety and sanitation measures guests can expect at the property. It also informs them that, should they choose to book a spa appointment, for example, they can expect to have their temperature taken and for the staff to be wearing extra protective equipment such as shields, masks and gloves.

Montage also partnered with a company called One Medical, a direct primary healthcare company, to offer a 30-day membership for its guests (and ongoing memberships for staff and their families). Through that, they'll be able to access virtual medical care even when they're away from home.

Protecting staff while keeping them employed is something each of these hoteliers emphasized is their first priority. "We want the hotel to be a safe haven amidst whatever else is happening around us," Inn at Perry Cabin's Hoffmann says. "We have to protect anyone in the hotel — our staff first, our guests second and last but not least the business, because if the business isn't there, we don't get the staff and we don't get the guests."

Jessica Thomas is the senior digital content director at Entrepreneur. Prior to this role, she spent nearly five years on staff at Worth magazine and was a staff writer for Bustle.