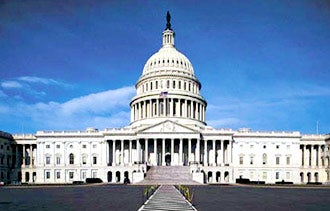 It's a case of the dueling small-business tax-cuts. Days after House Republicans announced their plan to cut small-business taxes, Senate Democrats outlined their own proposal. The timing is no surprise: Both parties want to woo the coveted demographic to their side of the field before game day in November.

1. A tax credit for small businesses that hire. This would offer a 10 percent tax credit on any new payroll expenses -- either new hires or higher wages -- that businesses give in 2012. The credit maxes out at $5 million of increases, or a $500,000 tax credit.

2. An increased tax benefit to purchase new equipment and machinery. This measure would extend 100 percent bonus depreciation. This might sound a bit wonky. Sit tight. Business owners are allowed to deduct the cost of business expenses from their taxable income. Usually, business owners have to deduct the cost of large, big-ticket items over several years, spreading out the tax benefit of the purchase over time. The proposal would allow businesses to deduct the entire purchase price in the first year, effectively frontloading the tax benefit and aiming to motivate businesses to make purchases now.

Senate Democrats point out that 100 percent bonus depreciation has received bipartisan support in the past. But, the fate of the Senate bill is still unclear: it has not yet been scheduled for a vote. The House proposal, which would give businesses with fewer than 500 employees a one-year 20 percent tax break, is scheduled for a vote next week.

Feedback: Would you be more apt to hire or invest in new equipment with these incentives? Leave a note in the comment section below and let us know.