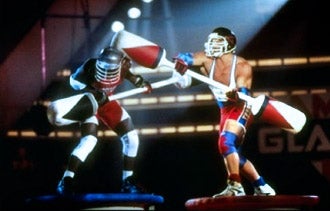 The nation's small businesses have struggled to get anybody to loan them money since the Great Recession started. Meanwhile, banks and credit unions have been fighting over who deserves the right to make small business loans to them. And as the JOBS Act works its way through Congress, that battle has grown fiercer.

Credit unions are not-for-profit, cooperatively owned institutions that provide financial services to their members. Currently, credit unions are legally mandated to lend out no more than 12.25 percent of their total asset size to businesses. For nearly a decade, there has been legislation bouncing around Capitol Hill that would increase the authority of credit unions to be able to lend out 27.5 percent of their total assets to businesses.

Senator Mark Udall (D., Colo.), the lead sponsor of the current iteration of the legislation, called the Small Business Lending Enhancement Act, introduced his bill to be considered for inclusion in the Senate's version of the JOBS Act that the House passed last week, which will come to its first vote as early as Tuesday. The bipartisan bill is co-sponsored by Republican Senators Susan Collins (Maine), Rand Paul (Ky.) and Olympia Snowe (Maine).

Related: When Seeking Funding, Credit Unions Can Be Worth Checking Out

Senate Majority Leader Harry Reid (D., Nev.) said today that he would not add the bill to the Senate's version of the JOBS Act. But he did pledge to bring the bill to the Senate for a standalone vote, though it's unclear when. "During this economic meltdown that we've had, around the country, in Nevada, the credit unions have been a lifeblood for small businesses and individuals," said Reid today. "I think we've waited long enough."

If passed, small business owners would have access to more capital. "Raising the cap could substantially benefit smaller business owners and in turn the economy at large," wrote Brian Martin of the Progressive Policy Institute, a Washington D.C. think tank, in a paper on helping ease the small-business credit crunch, at the end of last year.

Udall says increasing the amount that credit unions can lend to small businesses would help a segment of the market that is currently being overlooked. "I'm talking about the smallest of small local businesses. These are the men and women who need $50,000, $100,000, or maybe even $200,000 to move from their garage to a retail store front, to renovate their sales floor or to upgrade their equipment and expand," said Udall on the floor of the Senate yesterday. "They are often too small to be worth the banks' time or they just don't fit the lending guidelines of the banks' corporate headquarters."

According to the Credit Union National Association (CUNA), the leading trade organization, increasing the cap would allow credit unions to lend an additional $13 billion to small businesses in the first year and spur the creation of 140,000 new jobs.

"We will gladly be happy to have our legislation attached to any moving vehicle that can be signed into law," says John Magill, the executive vice president of CUNA.

Meanwhile, the banking community is doing everything it can to prevent the bill from becoming law. The American Bankers Association (ABA) and the Independent Community Bankers of America sent a joint letter to members of the Senate last week saying that they "stand united in vigorously opposing movement of this controversial bill in any form, either independently or as an amendment to any legislative package, including the 'JOBS' bill."

"If you want to be a credit union and keep your tax exemption, then you need to remain focused on serving consumers," said Leggett. But credit unions "don't want to pay taxes, they would rather have their cake and eat it too."

Banks also argue that by allowing credit unions to make more loans to small businesses that would otherwise be made by tax-paying banks increases the federal deficit. The especially tricky part of the bill for Congressional delegates is that it pits them against two groups of constituents that they want to support -- community banks and credit unions.

A CUNA conference will bring 4,000 credit union and small-business supporters to Washington, D.C. next week to visit with members of Congress. Passing the bill to increase the cap on small-business lending at credit unions is top of the legislative agenda, says Ryan Donovan, the senior vice president of legislative affairs for CUNA. "This isn't over by a long shot."