By Jennifer Wang
March 12, 2009
Opinions expressed by Entrepreneur contributors are their own. 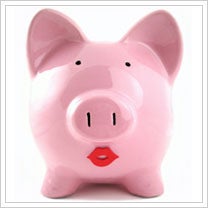 Earlier this week, an enlightening account of Bear Stearns' sudden collapse hit bookstores everywhere. The title, House of Cards: A Tale of Hubris and Wretched Excess on Wall Street, aims to capture attention, and it says a lot about how the public's opinion of bankers and financial institutions has changed over the past year.

The reputation of the once-esteemed financial services sector is in tatters, and the case hasn't been helped by flagrantly gluttonous actions on the part of industry veterans like former NASDAQ chair Bernie Madoff, who bilked investors out of an estimated $65 million; and ex-Merrill CEO John Thain, who spent $1.22 million on an office renovation (one dubious purchase was a "parchment waste can" that cost $1,400), even as the company was hemorrhaging money.

It'll be a while before the public forgives--or at least forgets--but biggest, best banks might want to consider re-inventing their brands to speed the process along. (After all, if Britney Spears can recover her career in a couple years, why not them?)

That's where a makeover expert like Jeff Stephens comes in. He's the CEO of multisensory marketing firm Creative Brand Communications and word-of-mouth marketing agency PSST!, dedicated to serving financial institutions and helping them increase both customer base and retention. Over the last few years, he's helped numerous clients with assets ranging from $75 million to $6 billion, and I asked him for a perspective on the financial crisis, from a branding point-of-view.

Branding a bank, Stephens says, isn't quite the same as branding other businesses, because people feel differently about their money than they do about, say, groceries. But there are always ways to create an emotional connection with customers.

He explains that in order to build a strong brand, banks need to remember that actions speak louder than words. While most banks can tell the story of what they stand for, they rarely put enough effort into driving the point home. "If a brand is only visual, then the level of engagement is cosmetic; but banks with a strong brand will put a stake in the ground and base all decisions on it. They'll say, 'If you value what we value ... then we should do business together, and if not, that's OK, because we don't have to be everything to everybody.'"

That's where big national banks failed: Their brands were diluted in their quest to be relevant to everybody. "It's hard to tell what truly differentiates a Bank of America from a Wells Fargo," Stephens says. Moreover, since it's become clear that banking products are pretty much the same everywhere, consumers really decide where to invest their money based on what brand resonates with them the most.

"A lot of these things are easier said than done," Stephens admits, but because the financial services industry is critically relevant to the economy, he thinks big banks have a pretty good shot at re-branding themselves and engendering trust--if they choose to do so.

As it stands, banks aren't doing so hot. The question of trust served as impetus for a new indicator that was launched at the end of January: the Chicago Booth/Kellogg School Financial Trust Index, billed as a quarterly measure of the public's confidence in areas where they can invest their money.

On a scale of 1 (completely untrustworthy) to 5 (totally trustworthy), the categories scored as follows:

Given that trust in financial institutions is so low, it seems the most practical course of action is to figure out how to get credible referrals. "People need to hear from other people in order to make changes. If you're going to switch banks, you'll switch based on a personal recommendation from somebody, and not a brochure from the bank itself," Stephens asserts.

As a final note, even though some companies likely deserved their comeuppance, not all financial institutions should be put in the same boat. For others, the biggest influence of the crisis hasn't been from their loan portfolios, but rather a guilty-by-association label. In fact, says Stephens, most community and regional banks see this as an opportunity to capture some attrition from bigger companies whose customers have been displaced. For more on that, see Mike Werling's blog on how community banks are weathering the crisis and Dennis Romero's story on how smaller institutions are still lending to entrepreneurs.

And if all this fails to swing public opinion in banks' favor, perhaps the only thing left to do is close our eyes and chant together: "Bankers are people, too."