How the Republican Presidential Candidates Stack Up on Small-Business Taxes

By Diana Ransom
March 6, 2012
Opinions expressed by Entrepreneur contributors are their own. 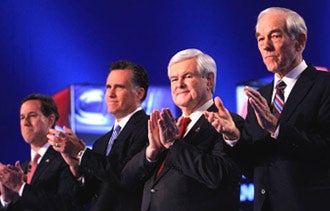 When it comes to landing your vote for President this year, figuring out just how small-business friendly the Republican candidates' tax plans are may be key.

Among the top three factors that could stand in the way of business growth this year, high taxes was number two -- just behind the cost of doing business and ahead of too many regulations -- according to Sage's February Small Business Sentiment survey (pdf).

On the campaign trail so far, each of the Republican Presidential candidates has announced ambitious plans to boost small businesses, a.k.a. "job creators," by overhauling everything from health care to taxes. Though many of the candidates proposed reforms echo each other, their policies on taxes ring decidedly discordant tones -- from slashing the top corporate tax rate to flattening it and switching to a territorial tax system, in which the U.S. would only tax income from operations based in the U.S.

Although many of these policies may get chalked up to nothing more than lip service, it's certainly possible that today's campaign promises could become tomorrow's Presidential goals and possibly even the law of the land. Here's a sampling of where the Republican candidates stand on small-business taxes: