In a Sea of Economic Volatility, Financial Stability Is Needed More Than Ever

Throughout all the economic turmoil, one investment vehicle offers a sense of relief.

The market has been showing volatility since the summer of 2015 and has continued into 2016. The slowing growth in China, falling gas prices, uncertainty over the Federal Reserve's rate hike plans and geopolitical instability has made for scary headlines for investors for some time. Britain's vote to exit the EU (Brexit) certainly doesn't help things.

Related: 8 Factors That Determine the Financial Health of a Business

On Feb. 11, the VIX volatility index, calculated by the Chicago Board Options Exchange, hit its highest since the market's dip last August, signaling an increasing volatile market. Following the Brexit vote, the index showed a decline which offers a bit of a stabilization, but the market will most likely be in flux until the timeline of Britain's exit is hammered out -- which could take up to two years. The ups and downs are a snapshot of investor and money manager anxiety over how to employ strategies amid uncertain international and domestic economic systems. 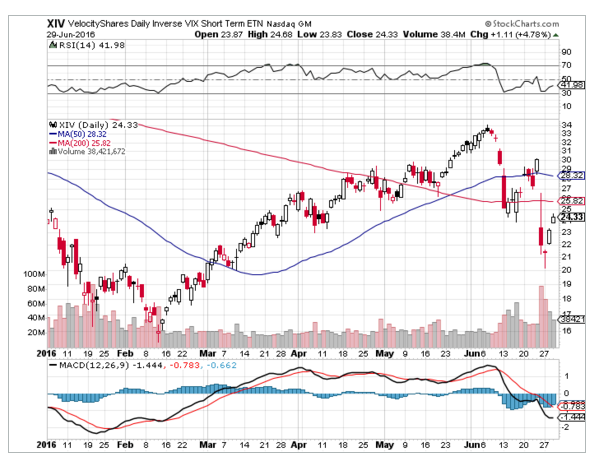 Heading into the summer, the declining markets slowly rose but investors are expecting more of the same oscillation ahead -- an estimated 40 percent of investors in fact -- according to a Wells Fargo survey as reported by the Street.

Director of Wells Fargo Institutional Retirement and Trust Joe Ready said, "Clients look at the portfolio and they look at the markets and they just see up 300 points one day and down 400 points the next." This market whiplash is causing worry not just from investors but money managers as well. Continues Ready, "I think it brings back nervousness and concern with the economy and if we're going to go back to a recessionary period."

Early 2016 saw a depressingly low beginning entering into January, and even as the market has shown gains since March, the optimism is a cautious one. For some, last summer came too dangerously close to the 2008 recession. Investors are no longer wheeling but there hasn't been a predominant exhale either.

Related: The Ultimate Cheat Sheet for Investing All of Your Money

Charles Schwab chief investment strategist Liz Ann Sonders recently said, "Sentiment has climbed back towards optimism." But the downside to volatility is that surprises can occur. The FED can decide to hike rates (though that is currently on hold), and it would be unwise to disregard China as still a potential market disruption, even as their government has stimulated its banks by adding more money.

A few months ago, I wrote on how BDCs' stability and solid performance is good for the economy, and the 2016 YTD figures continues to support this. Throughout the turmoil within the market, BDCs have been performing in a substantially more stable pattern than the S&P shown in charts below:

How BDCs and Saratoga have performed differently (and better) than banks and other money market professionals is mostly in part because we as professionals perform differently than banks and other money market professionals. This is due to our relationships with our clients. Because BDCs require customized financial engineering, BDC financial advisers can take on more than just term loans. BDCs are also known to fund shareholder buyouts or a dividend recap which would allow owners freedom of liquidity if needed. This flexibility has helped investors to focus on their long-term goals.

Related: What Entrepreneurs Get Wrong When It Comes To Investing

Investors are getting savvier in watching geopolitical atmosphere, the emerging markets, and translating that into how the U.S. market will perform, but in this current sea of economic volatility, there is inherent uncertainty. Having a trusted adviser during this time of duress isn't just about the numbers, it's also about having peace of mind. Because investors often have a flight response to a badly behaving market, having a knowledgeable adviser keep a level head is invaluable to staying the course. This "plunging" response is often the first response for investors who go it alone and make an emotional decision based on the market. Even when the market feels volatile even if it isn't, a financial ally can curb emotional responses which often drives investors into bad decisions. It is important to remember that Investing in the market and a strong financial advisor is a long-term investment.

Chris Oberbeck is the Chairman and Chief Executive Officer at Saratoga Investment Corp., a publicly traded business development company. Mr. Oberbeck brings over 25 years of experience in leveraged finance, from distressed debt to private equity, to his position.