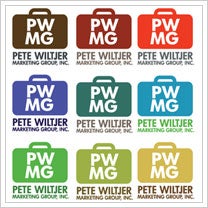 When we last left Pete Wiltjer, he was getting ready to part ways with his old company's logo as the first step in his total brand overhaul. As for the first step in the logo design process, Wiltjer's decided to wade into the crowdsourcing pool.

It's a practice he's suggested to many of his public relations clients, but it's the first time he's ever used it in his own business "There's a little trepidation because you don't actually get to sit down with the designer." That trepidation factored heavily into Wiltjer's search for a crowdsourcing firm. He eventually settled on crowdSPRING mainly because the firm placed a heavy emphasis on helping him cover all the bases.

On the creative side of things, crowdSPRING helped Wiltjer ask the right questions and be as clear as possible about what he wanted to see in his submissions--colors, fonts, the whole nine. The firm also guarantees he'll get at least 25 responses. On the legal side--and this is what Wiltjer saw as the real difference--crowdSPRING helps him by providing binding contracts, digital watermarks and anything else to ensure he gets what he wants and his chosen designer gets a fair shake as well.

Responses to Wiltjer's project are trickling in--he didn't get his project posted until Monday because of a technical snafu--and he's confident he'll get results. In fact, he's even willing to consider a long-term arrangement if his crowdsourcing experiment yields a truly gifted designer.

Next week, we'll get Pete's reactions to his first round of design submissions. In the meantime, if you're a member of Entrepreneur Connect, so is he--he goes by pwiltjer if you want to drop him a line. And if you're not a member, well, you should be.