By Mikal E. Belicove
August 5, 2010
Opinions expressed by Entrepreneur contributors are their own. 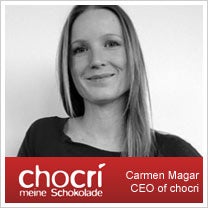 Back in 1974, the folks at Burger King came up with an incredibly successful television advertising campaign based on the slogan, "Have It Your Way." It was an instant success because the burger franchise meant what it said--you wanted extra lettuce on your burger? You got it. Hold the secret sauce? Just ask.

It's been three and a half decades since BK's mass customization ad campaign hit the television airwaves, and now a group of start-up customizers are taking the "design-your-own" concept to the internet with a one-day advertising blitzkrieg that runs tomorrow on Facebook.

Carmen Magar, CEO of chocri--the design-your-own chocolate bar company--is the mastermind behind the coordinated ad campaign on Facebook that she says could result in 8 million impressions and help create a national awareness for design-your-own and customization products on the internet.


She says 24 startups in the industry are coordinating their efforts on Facebook tomorrow between the hours of 5:00 a.m. and midnight PST. For these online businesses, tomorrow (Friday the 6th) is more of a movement than an advertising blitzkrieg. "The goal is conversation, not conversion," says Magar. "We think that this will create some awesome buzz and awareness for design-your-own companies." Magar's company is a model for mass customization in action. Chocri is a German startup that was launched in the United States earlier this year. Upon visiting her website, consumers can customize their own chocolate bar. Visitors choose the chocolate base (dark, milk, white or strawberry chocolate), and then select toppings of their choice to personalize their bar. These toppings include traditional items such as fruits, spices, nuts and confections, as well as more unconventional goodies such as bacon, jalapenos and ground coffee beans. Customers can also name their chocolate bar and pick a design for the wrapper. More than 10 billion combinations are possible, the site promises. It's the perfect product for a Wonka wannabe.

Besides chocri, there are about 60 other companies in the U.S. that encourage consumers to customize online. But, according to Magar, there's very little awareness about this new trend among the general public. She's hoping that tomorrow's ad campaign will go a long way toward changing all that.

"I think it's a great example of a collaboration--a movement, if you will. Hopefully, this will change the way people think about purchasing products and encourage them to co-create and actively look to have input in the products they consume. I think it's fun how Facebook allows us to do this."

Magar contacted the two dozen companies, suggested they each spend between $50 and $100 for an ad on Facebook, touting the wonderfulness of their particular "design-your-own" business. For effectiveness, it was suggested that each company use "Design Your Own," "Create Your Own," "Personalized" or "Customized" in its ad's title in order for the message to be associated with the others. Participating businesses were also urged to pick a target online audience, with Magar suggesting limiting the age group from 15-35 because those are the consumers who are best at spotting trends.

The collaborating companies were asked to run their ads tomorrow--Aug. 6, from 5:00 a.m. PST until Aug. 7, at 12:00 a.m. PST--and to select whether they wanted to pay for impressions or for clicks. That was just about it.

"I doubt it took our collaborators more than 10 minutes to design their ads and buy in, and I just know it's going to create such a buzz," Magar said. "I've never heard of anyone doing a campaign like this. The idea was really to pick one day, team up, choose one channel--Facebook in this case--and then stand back and hope people notice it."

"Together, we think we can achieve nearly 8 million impressions for Facebook advertising for design-your-own."

Magar's scheme has a lot going for it. According to research released this week from The Neilson Company, Americans now spend a quarter of their time online on social networking sites and blogs--up from 15.8 percent just a year ago. And Bloomberg Businessweek says Facebook's "biggest advertisers have boosted spending by at least tenfold in the past year as the social network crossed the half-billion user mark, becoming more alluring to marketers that want to reach a broad online audience."

The chocolatier's bold advertising approach probably wouldn't work for every entrepreneur or business reading today's post. But a little out-of-the-box thinking when it comes to your own online advertising might lead you down a similar path.

The 24 mass customization companies participating in Friday's ad campaign include:

Blank Label: co-created dress shirts (style the collar, cuff, placket and really make it your own)

chocri: co-created chocolate bars (pick your favorite chocolate base and mix in the toppings you love!)

Spreadshirt: co-created t-shirts, sweaters and hoodies (add graphics or text and get it personalized for you)

LaudiVidni: co-created handbags (for the woman that really knows style and is tired of the monotonous Coach and LV bags)

Snaptotes: co-created totes (add photos to your bags to cherish the memories)

Red Moon Pet Food: co-created pet food (for that pet with a special diet or just because your furry friend deserves more)

Rooms By You: co-created bedding and soft goods (home decor on demand)

Artaic: co-created mosaics (build your own art by uploading the photos you love)

Mel Boteri: co-created handbags (select the style, components, and color of each handbag)

IndiDenim: co-created jeans (jeans designed with your preferences in mind and made to measure)

Maguba: co-created clogs and women's sandals (style your footwear however you want)

Proper Cloth: co-created luxury dress shirts (for the guy that loves Egyptian cashmere and is a discerning buyer)

Design A Tea: co-created tea blends (blend the teas with the balance of flavors you prefer and personalize the packaging)