Policymakers fail to see how a surcharge tax on the wealthy could hurt the employment and economic growth that small businesses generate.

By Scott Shane
December 15, 2011
Opinions expressed by Entrepreneur contributors are their own. 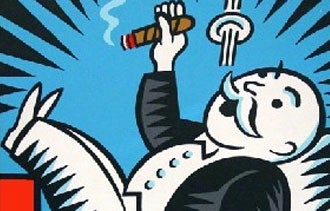 LeCompte explains that roughly 1 percent of small company owners would have to pay a proposed 3.25 percent tax increase on incomes in excess of $1 million, citing a recent paper by Treasury's Office of Tax Analysis. That makes the surcharge good politics: 99 percent of small business owners won't be affected. If they vote their pocketbooks, then the proposed tax increase wouldn't sacrifice many votes.

However, the number of small-business owners affected by a tax is the wrong measure if you are concerned about its effect on economic activity. To assess that, you need to know how the tax affects the employment and economic growth that small businesses generate.

Indeed, much research has concluded that tax increases have a negative effect on small business employment and investment. A study by Robert Carroll, formerly of the Treasury Department's Office of Tax Analysis and now with the Tax Foundation, and colleagues shows that each 10 percent reduction in small-business owners' after-tax personal income reduces the odds that their companies will add employment by 10 percent. Another of his papers reveals that a 1 percent rise in small-business owners personal tax rate is associated with a 10 percent decrease in capital investment.

How much would small-business hiring suffer if the surcharge were imposed? We don't have employment data based on the earnings of small-business owners. But related data suggest it's a lot more than the 1 percent.

Related: How to Survive a Tax Audit

My back of the envelope calculations show that about one-fifth of all private-sector workers are employed in small-businesses whose owners could be hit by the surcharge. To reach that conclusion, I assume that small businesses whose owners earn more than $1 million per year have at least $5 million per year in sales but no more than $45 million. And Census data show that 19 percent of the private-sector labor force worked for businesses with between $5 million and $45 million in sales in 2007, the latest year data are available.

If you want to judge the true impact of the tax, you need to consider the most telling measure. Instead of the number of small-business owners affected, think about the many people who work for them who would be hurt by the tax. That number is surely substantially larger.

Related: How to Make Sure Your Business Isn't Paying Too Much in Sales Tax