By Diana Ransom
February 14, 2012
Opinions expressed by Entrepreneur contributors are their own. 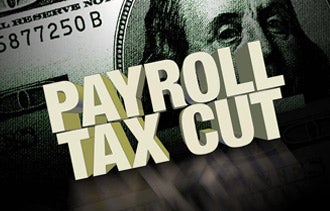 Not many policy watchers expect President Barack Obama's 2013 budget to pass into law. But if a recent move by Congressional Republicans to extend the two-percentage-point payroll-tax cut -- after months of wrangling -- is any indication, there may be some room for compromise on some small-business provisions.

There is no expectation that all of the President's proposed budget, released yesterday, will be passed by Congress, but recent signs of compromise are an indication that certain small-business provisions might bring both parties to the table.

That means budget measures such as allowing companies to fully write off new investments and a tax cut equal to 10 percent of new wages added this year, as well as boosting research and development set asides, could still win approval.

Indeed, there is potential for an accord, says Rep. Sam Graves (R., Mo.) who serves as chairman of the House Small Business Committee. "Small businesses all across this nation are tired of the uncertainty created by Washington… So yesterday, House Republicans introduced a backup plan that would simply extend the payroll-tax holiday for the remainder of the year," Graves says. "This is not our preferred option, but time is of the essence and we must protect small businesses and our economy from the consequences of last-minute brinkmanship."

To be sure, many Republicans -- including Presidential front-runner Mitt Romney -- are calling the President's budget proposal a political document rather than an honest attempt to shave the deficit. With this budget the projected deficit will again exceed $1 trillion in 2012, the fourth time in as many years.

Critics of the President's proposed budget cite a lack of details as to how the administration plans to rein in entitlement programs like Medicare and Social Security. And, of course, the idea of raising taxes on job creators -- a.k.a., families earning more than $250,000 a year -- is viewed as equally offensive.

Another source of concern: The President's $3.8 trillion budget calls for raising the tax rate on dividends to as much as 39.6 percent from 15 percent, for households making more than $250,000 a year. And there's a measure that says households that earn more than $1 million a year won't pay less than 30 percent in taxes -- a provision the President refers to as the "Buffett Rule," which is named for Berkshire Hathaway's CEO Warren Buffett.

Despite some major points of controversy, given Republicans' recent move to compromise on the payroll-tax extension, there may be hope for some of the proposals the President put forth in his budget. Here are four measures in the President's budget proposal that could help some small businesses:

Do you think any measures within the President's latest budget proposal will get a green light? Let us know in the comments section.