By Mikal E. Belicove
October 19, 2010
Opinions expressed by Entrepreneur contributors are their own. 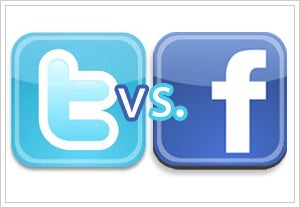 I'm of the opinion there are two camps when it comes to online marketing and the use of social media to drive business messaging and customer action:

Sure, many businesses display the blue-based badges for both Facebook and Twitter on their homepage, which suggests that they maintain an active profile on both platforms. But if you take the time to analyze their efforts, you'll find that in most cases, only one profile is kept current. And it's that profile that might stand a chance of producing positive measurable results.

Oh, and while we're on the topic: Don't think for one moment that automatically sending your Facebook status updates or blog posts to Twitter -- or vice versa -- means you're keeping either of those social media platforms up to date. In fact, if that single action accounts for half or more of what you do on Facebook or Twitter, it's a sign of laziness -- not to mention being out of touch.

So when someone asks me why Twitter doesn't produce the same type of results for their business as Facebook, or they want to know how they can use Twitter to lift sales and grow their business, I tell them they're asking the wrong question. The best way to determine which social networking platform is best for your business and then how to use it starts with having a clear understanding of who your customers are; where it is online that your customers choose to gather and why; and what exactly it is that motivates your customers to act.

Once you have that information in hand, you'll likely have the answer to your question.

What's important to know is that these two platforms are inherently different. These days, for instance, pretty much everybody knows what Facebook is. The same can't be said about Twitter. And therein lies one of many challenges facing the businesses that choose that platform. Put simply, anytime you have to stop to explain to your customers how to use a service, in addition to why they should use it, you've lost them.

Characters: Twitter limits the number of characters in its messages to 140. While communicating in 140-character messages isn't impossible (far from it in fact), for those new to truncated communications, it can be rather challenging.

Images: As I pointed out in last Thursday's entry (New Report Uncovers the Anatomy of a Facebook Post), messages with embedded images tend to receive more attention. And since Twitter doesn't naturally conform to embedded images, it's just not as useful or as inclusive a platform as Facebook.

Branding: Facebook, aside from your profile image, presents a clean and unified user experience from page to page. Twitter allows users to customize their page's background, which can be a good thing or a bad thing, depending on the user's talents. If done correctly and according to recommended specifications, a branded Twitter page can look spectacular. Unfortunately, more often than not -- and due to a variety of factors -- most business-customized Twitter backgrounds look butt ugly. Not nearly as awful as the majority of MySpace pages, but bad nonetheless.

Timeliness: Twitter is an "in the moment" and "moment-to-moment" platform. If your audience isn't online and paying attention at the moment you hit the Tweet button, chances are your message only reaches a small percentage of your intended audience. On Facebook, businesses have Pages, which users are accustomed to visiting and then scrolling through.

Usage: You might have noticed that it's a lot easier to use Twitter improperly than Facebook. As a result, some people report experiencing irrelevant noise and chatter, which ultimately makes Twitter less useful -- and more annoying -- for some.

Before you get the wrong idea, I'm not suggesting that businesses shy away from using Twitter; nor am I intimating that Twitter holds little or no value to businesses. In fact, quite the opposite is true. Numerous case studies from leading brands such as JetBlue, Dell and American Apparel (as well as from smaller organizations such as Teusner Wines, CoffeeGroundz, and even the U.S. Geological Survey) clearly outline how Twitter is being used to help businesses meet and exceed their goals.

But if you're wondering why Twitter doesn't produce the same results as Facebook or other socially engaging efforts, it may not be you. It might just be the platform. In any event, to get a leg up on exactly how to use Twitter to support your business-related goals, read Twitter's 101 Guide for Businesses.