By Carol Tice
January 20, 2010
Opinions expressed by Entrepreneur contributors are their own. 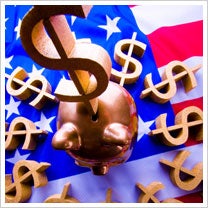 There hasn't been a zanier year in recent memory to try to do some tax planning for business owners. But there are a few basic strategies that are sure to work, no matter what Congress does in 2010.

For those who don't closely follow the tax scene, there are a heck of a lot of provisions up in the air, awaiting Congressional review. For instance, this is supposed to be the year the estate tax falls to zero for just one year. But don't bet on it, as President Barack Obama has indicated he's not in favor of this single-year tax break and wants 2010 estate taxes set to a level similar to other recent years. At the same time, expect activist business groups such as the American Family Business Institute to campaign for a permanent repeal of this "death tax."

The American Recovery and Reinvestment Act had some nice business tax breaks in it, including increased bigger first-year and bonus depreciation write-offs. Tax watchers such as Kiplinger believe these will be extended into 2010, but we don't know for sure. Also possibly extending: the COBRA changes that made businesses pick up much of the premiums for laid-off workers.

In general, there's a feeling among tax experts that the billions spent to bail out our financial system will have to be paid for somewhere--likely, in your tax bill.

"Who knows what's going to happen," says Bonnie Lee, author of our own Entrepreneur Press book Taxpertise. "Healthcare will raise taxes, and not just on the wealthy, either. They're even talking about a value-added tax, like they have in Europe! Or a national sales tax and doing away with the IRS. My guess is that taxes are going to go up."

Given the atmosphere of uncertainty, what can you do to plan for tax-year 2010? Lee recommends a few basic steps:

â¢ Reduce your taxable income any way you're able--defer income into an HSA or into next year, or make charitable donations. Stuff your IRA or 401(k) with the maximum allowed for your age and situation.

â¢ Get better at tracking expenses. You'll need every penny of deductions you can find, so buy that mileage log and develop a companywide strategy for keeping track of receipts.

â¢ Strategize with your tax pro. If you don't work with a CPA yet, this might be a good year to start. They'll stay on top of the tax changes that may occur during the course of the year and can advise you on your best course of action.

â¢ Sock money away. Whatever you paid last year, imagine you're going to pay more in 2010. If you can, start a monthly savings program so that you don't have to suddenly come up with a big lump in April 2011.