A look at five of the smartphone's most important new features. 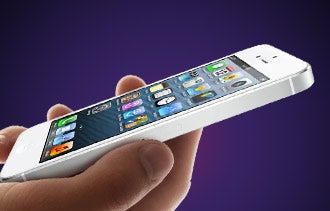 Every year, as Apple refreshes its iconic iPhone line of smartphones, the internet buzzes with chatter. It did so again today at an event in San Francisco, releasing the iPhone 5.

Sure, the new iPhone is slimmer and lighter, but how else does it measure up to earlier models? Here are the major feature changes in the new iPhone 5:

1. Thinner and lighter body. The first thing you'll notice is that it's the thinnest and lightest iPhone yet. While that's to be expected from Apple, shaving a 9.3mm-wide iPhone 4S down into a 7.6mm iPhone 5 -- while making it faster and more powerful -- is impressive. It's also about 20 percent lighter, down to 114 grams from 146 grams.

To take advantage of the new real estate, iOS has added a fifth row of icons on the main screen. This is a welcome addition since, according to Apple's presentation today, iPhone users utilize an average of 100 apps. But this also means that apps will need to be redesigned for the larger screen. Apple showed off how its personal calendar app can now fit a five-day workweek onto the screen.

Related: iPhone 5: Worth It for Your Business?

3. A faster data network. At last, the promise of long term evolution (LTE) data networks hits Apple's products. LTE can offer download speeds faster than WiFi, and is a standard that much of the world uses. This means your iPhone 5 can cross international borders with ease.

Apple also released its new A6 chip today, which processes twice as fast as the A5 (which was already pretty snappy).

4. A slightly better camera. Apple got high marks for the iPhone 4S camera, and considering the amount of engineering that went into its design, it was hard to imagine them topping their shooter, especially in a smaller phone.

Essentially, iPhone 5 has the same camera as iPhone 4S, but the A6 processor allows it to capture images 40 percent faster. It can also take photos while recording video and helps with iPhone 5's panorama feature. You simply point, pan, and the phone shoots and stitches together the shots.
The iPhone 5 also has a 720p front-facing camera, which means mobile FaceTime is now high-definition, and with iOS 6, users will also be able to video chat over cellular -- though this feature depends on what network you're on.

5. A new connector. With iPhone 5, the 30-pin connector cable that Apple products have used since the launch of the iPod is extinct. In its place, a new, all-digital 8-signal designed plug was introduced today. This footnote will have a big effect, as it makes millions of cables it obsolete. This new connector -- which they call "Lightening," to match its "Thunderbolt" port on their computers -- was necessary to make smaller, thinner devices.

Will you rush out to buy a new iPhone 5 or wait to see if it really lives up to the hype? Let us know in the comments below.

Get Two Wireless Chargers for Just $19.99

Create an efficient workplace by clearing the clutter in your office.