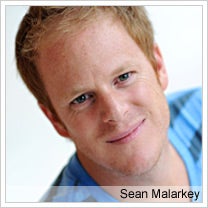 Sean Malarkey is a bit of a celebritweet. With a respectable 129,000-plus followers, he provides a steady stream of social media marketing tips for entrepreneurs. Based in Columbus, Ohio, Malarkey is a serial new-media entrepreneur, blogger and Twitter consultant -- helping his clients better understand the power of the micro-blogging site and how to harness it to maximize return. He even wrote a book on the subject called Twixplode that has been sold and downloaded more than 10,000 times.

With more than 20,000 tweets under his belt, Malarkey was an early-adopter and has a firm grasp on the Twitter landscape, but whom does he follow? Here's his list of the top Twitter feeds for entrepreneurs who are just getting into the social media game. "All of these people make Twitter a much better place," he says. "They offer great content and are amazing individuals to follow."