Forget the iPhone 5. Apple's iPad Mini Might Be Better for Business

By Jonathan Blum and Alex Dalenberg
August 3, 2012
Opinions expressed by Entrepreneur contributors are their own. 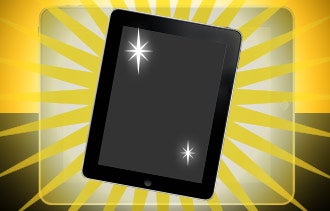 Business owners will be wise to leave the buzz about the forthcoming iPhone 5 to consumers. Apple's rumored iPad Mini should be the better option for businesses. The smaller version of the iPad will reportedly measure 7-inches and will likely be announced in September.

If you plan to be among the first to order one of these devices, here are three reasons an iPad Mini would be a better business tool than the iPhone:

1. Small tablets are better sales tools.
Good luck creating a presentation on an iPhone. The screen is small and your pitch could be interrupted by a call, a text message or any other notification.

When it comes to making sales presentations on-the-go, nothing beats the high resolution iPad Retina display. But at $499 for the basic 9.7-inch iPad model -- with 16GB and no access to cellular data -- it might not be worth the expense for cost-conscious sales teams.

But a scaled-down, less expensive version should be. The Galaxy Tab by Samsung, the Nexus 7 and Kindle Fire can cost just $199. Assuming Apple's new mini-tablet beats the Nexus 7 and Galaxy Tab for screen quality, the new tool holds promise as a slick, low-cost presentation tool.

2. It'll be more versatile.
Judging by the performance of smaller iPad competitors, shaving off a few inches shouldn't equal less productivity. Mobile apps such as email, reviewing and editing documents, video conferencing, task lists and social media work just as well on a 7-inch screen as on the 9.7-inch iPad screen.

The Google Nexus 7, for example, is easier to read and type on than a full-size iPad, and you can hold it in one hand and enter data with another. With that kind of versatility, and added functionality, a smaller tablet can become more of a go-to business tool than an iPhone, or any other smartphone.

3. It runs on the same operating system in a better business package.
Apple's upcoming operating system, iO6, promises better Facebook integration, video conferences that use cellular data and -- most exciting for road warriors -- better maps. Apple's answer to Google Maps is expected to include 3D environments, turn-by-turn navigation, and real-time information about traffic and accidents.

So, the iPhone 5 will likely to be a faster, sleeker version of the 4S, with improvements to voice tools like Siri and wireless mobile commerce tools. But, barring any unforeseen development, the iPad Mini will operate on the exact same OS. The Mini's slightly larger size makes it easier for users to see a busy email inbox and work with apps that manage complex spreadsheets.

That means the iPad Mini will do most of what a business needs an iPhone to do, but in a package that's better suited for mobile businesses.

Do you plan to upgrade to the iPhone 5 or buy an iPad Mini? Let us know in the comments below.